Close
Arthur Fields
Biography
It is not impossible to understand why someone born with the name Abe Finkelstein might want to change to something more appropriate to a show business career, in this case Arthur Fields. Fields' prolific career stretched from the Second World War back to the very early days of the recording industry, and wrote and/or recorded some of the strangest novelty songs of all time, including "Auntie Skinner's Chicken Dinner." Fields is also the man who asked the musical question "Where Do the Mosquitos Go in the Winter Time?," a buzzing ditty often known under the alternative title of "The Mosquito Song."

Fields grew up in Utica, New York, and began his musical life singing in church as a soloist, not just in the choir. At the age of 11 he was already a professional singer. The year was 1899 and one of his best gigs was performing live vocals to accompany early film shorts at one of the first movie theaters on Coney Island, a process known as "illustrated songs." In the first years of the 20th century he graduated to traveling minstrel shows. Weston, Fields Carroll was the name of one of the vaudeville acts he formed in 1907. Harry Carroll was also a songwriter whose credits would include the jaunty "I'm Always Chasing Rainbows." He and Fields were busy writing songs during these early years -- together, alone, and with other collaborators as well. The triumvirate of Carroll, Fields, and lyricist Ballard MacDonald launched the compositional boat "On the Mississippi" in 1912; this is generally considered the first of Fields' songs to be a hit, recorded by the era's major artists such as the American Quartet, Billy Murray, and Collins Harlan.

Unlike songwriters who specialize in either words or music, Fields was creative in both areas. His concoctions might seem lightweight, even silly, yet at least in this regard he had a knack for ideas that the listening audience found both amusing and appealing in several different eras. "Aba Daba Honeymoon" -- for which Fields wrote lyrics and Walter Donovan provided music -- was a hit in 1914, then again in 1950 when it was used in the 1950 film Two Weeks with Love. Only a few years after this song was originally recorded, however, it became obvious that Fields was more interested in making his own recordings than writing songs for other people. Between 1918 and 1928, he wasn't credited as a writer on a single song but sang on quite a few records, enough to cover over even the largest of Fields. He sang on so many records that companies felt justified in releasing some of them under other names: sides by Roy Randal, Eugene Mack, and Eugene Buckley are all actually performances by Fields, who even went so far as to put out some records simply as Mr. X.

Starting out recording many Irving Berlin songs, Fields began toying with social commentary to the point where some historians compare him to Bob Dylan. For one thing, his discography traces the changes in policy that eventually brought the United States into the First World War. Among his early recordings is "Stay Down Where You Belong," a weird antiwar song in which Satan himself is concerned that his offspring might get involved in what at that point was a nasty fight among European countries. "Let's Bury the Hatchet," on the other hand, was a Columbia release that indicated that America was ready for war, despite its title. The chorus to this song actually contains the phrase, "Let's bury the hatchet in the Kaiser's head." Fields also recorded "Hunting the Hun," "You Can't Beat Us," and "It's a Long Way to Berlin But We'll Get There." This material remained popular for years after the war was over and was also part of the repertoire created under various pseudonyms. "Would You Rather Be a Colonel with an Eagle on Your Shoulder, Or a Private with a Chicken on Your Knee?" was a Eugene Buckley record, for example.

Fields recorded many vocals as a frontman for various big-band and dance band recording sessions, working with Red Nichols, the Dorsey Brothers, the Alabama Red Peppers, and the California Ramblers. He recorded with Ford Dabney's band, including the 1919 "Johnny's in Town," representing one of the first times a Black band was accompanied by a white vocalist. In the same year, Fields signed up with a trio called the Three Kaufields that featured brothers Jack Kaufman and Irving Kaufman.

In the following decade, Fields briefly expanded his activities to include running a music shop in New York City, selling early phonographs as well as sheet music and musical instruments. Within a year he had gone bankrupt in this enterprise. He led his own orchestra in the '20s and began collaborating with bandleader Fred Hall, often utilizing Hall's band for recording groups such as Arthur Fields the Noodlers or Arthur Fields His Assassinators. Fields and Hall got in early on the hillbilly music fad of the late '20s and early '30s, writing and recording material such as "The Terrible Mississippi Flood" and "The End of the Shenandoah" and presenting it on some of the earliest, if hardly most authentic, radio broadcasts of rural music.

As a vocalist, Fields just seemed to get busier and busier. The recording ban associated with the Second World War was the only development that spread some white space around in his datebook. While records were still being made, Fields revisited his talents as a "war" singer and cut his own version of the popular "Der Fuehrer's Face." His collaboration with Hall ended in 1941 and Fields decided to return to his roots: the sacred music he had performed as a child in Utica. He wrote and published at least 40 hymns during this period. In the second half of the '40s he moved with his wife from New York City to Florida for health reasons, hosting his own program on Miami's WKAT. His final years were spent in a nursing home, a facility that unfortunately burned down in 1953, killing Fields along with many of the other residents. ~ Eugene Chadbourne, Rovi 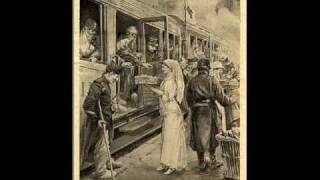 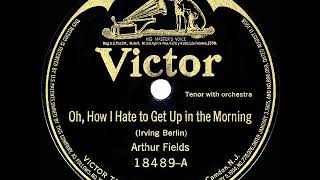 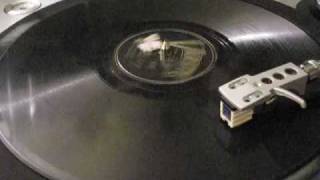 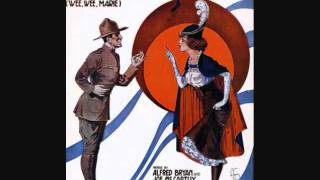 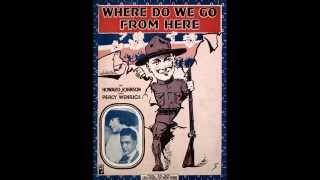 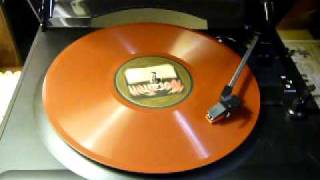 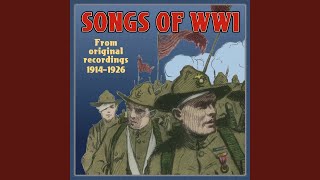 Oh! How I Hate to Get up in the Morning
Available here: