Close
The Freedom Singers
Biography
In the early 1960s, folk singing and political activism went hand-in-hand. In the South in particular, participants in the Civil Rights Movement sang spirituals like We Shall Overcome and We Shall Not Be Moved as they marched in the streets. The Freedom Singers were formed in the midst of civil rights battles in Albany, Georgia in 1962. After being expelled from Albany State College for her civil rights work, Bernice Johnson moved to Saratoga Springs, New York. She worked as a waitress, and took part in a hootenanny at Carnegie Hall sponsored by the folk magazine, Sing Out! While she considered a solo career, Pete Seeger encouraged this "teenage Odetta" to help bring together a group of singers from the ranks of the Student Non-Violent Coordinating Committee (SNCC). Soon, Johnson had formed a quartet with Rutha Harris, Charles Neblitt, and Cordell Hull Reagon. Together, the Freedom Singers pursued two goals: first, to raise money for the SNCC, and secondly, to help unite other African Americans in the cause of integration.

The first version of the Freedom Singers remained together for only a year, but the group's impact was substantial. The quartet was managed by Toshi Seeger, and although their first fundraising event at Chicago's McCormick Place was unsuccessful, joint appearances with Pete Seeger soon gave them a boost. In 1962-63, the Freedom Singers traveled 100,000 miles to sing "freedom songs" at universities, churches, and colleges. Through the group's travels, spirituals like Woke Up This Morning and Fighting for My Rights -- songs that celebrated the struggles of the Civil Rights Movement -- became better-known. The road they traveled in their old Buick station wagon was a rocky one, but despite arrests and opposition, the quartet persevered.

The highpoint of the Freedom Singers' career occurred in the spring and summer of 1963. They appeared at the March on Washington in May, an event that drew 350,000 people and climaxed with Martin Luther King's dream of an equal America. "On the march the air was filled with the sounds of the jail-ins, sit-ins, and street marches of Southern campaigns," Johnson later recalled. The Freedom Singers also sang at the Newport Folk Festival. During the closing moments of the festival, the Freedom Singers linked arms with Bob Dylan, Joan Baez, and Peter, Paul and Mary to sing We Shall Overcome. After recording one album for Mercury in 1963, the group disbanded.

In 1964, a second, all-male version of the group, also under the SNCC banner, formed with Rafael Bentham, Emory Harris, Matthew Jones, Marshall Jones, James Peacock, and Chuck Neblitt. Unlike the original group, the new Freedom Singers traveled less and relied on more original material. They recorded one live album -- also on Mercury -- in Atlanta in 1964. Samples of the original Freedom Singers can be found on Newport Broadside and The Newport Folk Festival 1963: The Evening Concerts, while recordings of the later group can be found on The Best of Broadside. ~ Ronnie D. Lankford, Jr., Rovi 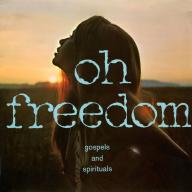 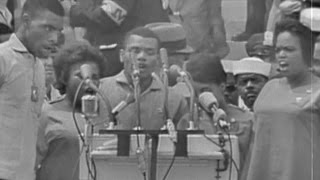 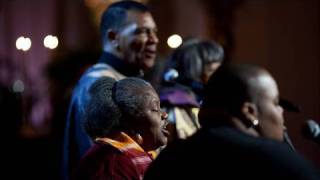 The Freedom Singers Perform at the White House: 8 of 11 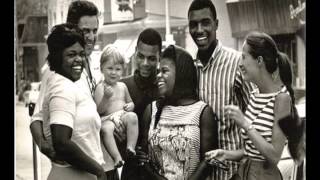 The Freedom Singers - Woke Up This Morning 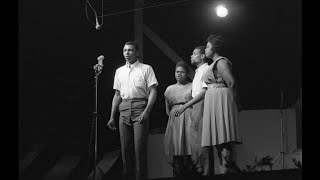 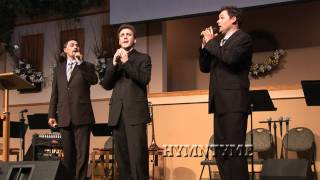 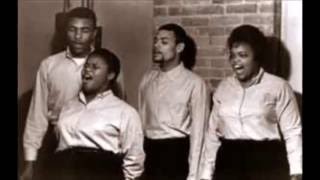 The Freedom Singers - They Laid Medgar Evers In His Grave 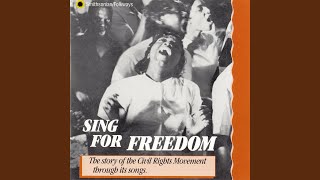 Which Side are You On?
Available here: