Close
Noble Sissle
from Indianapolis, IN
July 10, 1889 - December 17, 1975 (age 86)
Biography
Noble Sissle was one of the nation's premier jazz composers and bandleaders, particularly in the early days of American popular song and theater. His early career was spent largely in vaudeville as a singer, but his talents as a songwriter gradually drew him to Broadway where, in collaboration with Eubie Blake, he achieved a major breakthrough. Before Sissle and Blake it was rare for black entertainers to gain acceptance along the Great White Way, but the success of their 1921 show, Shuffle Along, changed all that. The show, starring Florence Mills, featured a trio of memorable tunes: "In Honeysuckle Time," "Love Will Find a Way," and the massive hit "I'm Just Wild About Harry." In this and succeeding shows, such as The Chocolate Dandies, the collaborators presented a succession of songs, dances, and sketches that were attuned to the new musical sounds of the day -- unlike other Broadway shows which, although performed by all-black casts, had ignored ragtime and the emergence of jazz.

Born in Indianapolis, Indiana in 1889, Sissle was the son of a Methodist Episcopal pastor and a school teacher. Educated at DePauw University and Butler, he turned to music and worked in a band with Eubie Blake in Baltimore as early as 1915 (stride piano expert Luckey Roberts also appeared with them). The Sissle/Blake team scored an early hit with It's All Your Fault, which Sophie Tucker performed in her act. Sissle spent several years teamed with James Europe, performing and touring from 1916 until Europe's death in 1919.

With Blake, he co-wrote and produced the historic shows Shuffle Along and The Chocolate Dandies. Shuffle Along, first produced for Broadway in 1921, ran for over 500 performances (quite a feat for the time) and played a part in making the careers of Josephine Baker, Paul Robeson, Adelaide Hall, and Florence Mills. Three years later, the pair put together The Chocolate Dandies, a lavish musical that brought Josephine Baker a highly prominent role.

Aside from the stage, Noble Sissle recorded over 30 vocals during the early and mid-'20s, many times accompanied by Blake. The pair also appeared in some pioneering sound film shorts in the early '20s that can be considered the first jazz on film. Sissle led several bands and visited Europe often; his traveling ways led to a split with Blake, who preferred staying in America. His circle of friends also included Cole Porter and Fred Waring, while the Prince of Wales was guest drummer at one of his concerts in 1930. When Sissle returned to America, he was featured on a broadcast from the Park Central Hotel in 1931, effectively breaking that establishment's color barrier. Lena Horne sang with his band in the mid-'30s, and it also included Buster Bailey, Tommy Ladnier, and Sidney Bechet. His orchestra was a featured attraction at Billy Rose's Diamond Horseshoe club from 1938 to 1950, except for USO tours during World War II. Sissle succeeded Bill Bojangles Robinson as honorary mayor of Harlem in 1950, and played at Eisenhower's inaugural in 1953. He was WMGM's first black disc jockey in 1960, ran his own publishing company, and owned a club. But repeated muggings led him to close it and retire to Florida to spend time with his son. The 1973 book -Reminiscing with Sissle and Blake detailed his varied experiences. Sissle's music is featured on many anthologies of early stage, show, and popular music. ~ Ron Wynn, Rovi 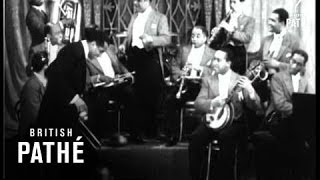 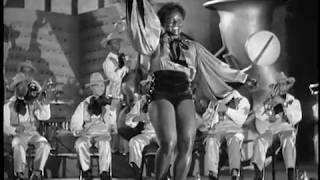 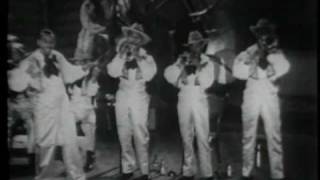 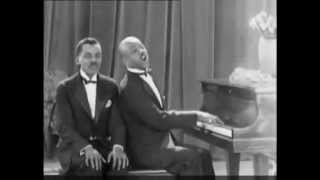 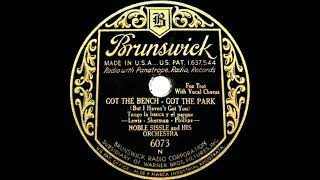 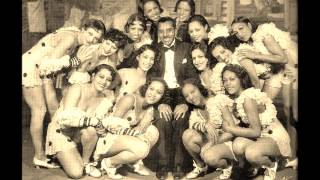