Close
Fania All-Stars
from New York, NY
formed January 1, 1967 (age 54)
Biography
The flagship act for Fania Records, the Fania All-Stars popularized New York salsa during the 1970s by organizing concerts at larger and larger venues (from the Red Garter in Greenwich Village all the way to Yankee Stadium in the Bronx) that spotlighted not only the label's but the salsa world's biggest stars -- Ray Barretto, Willie Colón, Johnny Pacheco, Rubén Blades, Hector Lavoe, Ismael Miranda, Cheo Feliciano, Bobby Cruz, Pete El Conde Rodriguez, and special guests like Tito Puente, Celia Cruz, and Eddie Palmieri. LPs by the collective were usually recorded live and featured long jams with plenty of space for solos for each of the salsa heroes on-stage at the time. Though the label management's quest for crossover success led to a few diluted major-label recordings during the late '70s and early '80s, infrequent events featuring the Fania All-Stars remained huge attractions into the late '90s.

Fania Records was formed in March 1964 by Johnny Pacheco and lawyer Jerry Masucci. Originally just a tiny independent, the label was distributed to local stores out of the trunk of Pacheco's car. By 1967, Masucci's intrepid management had begun to pay dividends. After LPs by Ray Barretto, Willie Colón, Joe Bataan, and Pacheco himself became popular within the New York salsa community, Masucci promoted a jam-session concert at the Red Garter. The Fania All-Stars' first two LPs, Live at the Red Garter, Vols. 1-2, were recorded that night, with guests including Tito Puente and Eddie Palmieri. After sales proved slow outside New York, Masucci envisioned putting on another live show and filming the results. After negotiations to book the Fillmore East broke down, the Fania All-Stars appeared at the Cheetah in midtown Manhattan on August 26, 1971. Fans packed the club to more than twice capacity, and another pair of live LPs (Live at the Cheetah) followed. One year later, the results also appeared in the salsa documentary #Our Latin Thing (Nuestra Cosa), along with interviews and footage from Spanish Harlem.

The film proved just the kick-start that the salsa scene needed. Wedged between recordings and appearances by individual group members, the Fania All-Stars played sell-out shows across North America, from Puerto Rico and Panama to Chicago. Then, on August 24, 1973, the salsa wave crested with the group's performance at New York's Yankee Stadium in front of 44,000 fans. In 1974, the group traveled to Zaire and performed before the Rumble in the Jungle, the notorious heavyweight title fight between Muhammad Ali and George Foreman. Another appearance at Yankee Stadium in 1975 was also recorded and (unsurprisingly) released as a pair of albums (Live at Yankee Stadium). Footage from both appearances at the venue were edited into the 1976 film #Salsa, distributed by Columbia.

That same year, the Fania All-Stars made their studio debut with A Tribute to Tito Rodriguez. Masucci then used his connections with Columbia to negotiate a recording contract for a series of crossover albums he hoped would break the group (and the style) with mainstream audiences across the world. By the end of the '70s, the Fania All-Stars recorded four LPs for Columbia. For better or worse, the loose improvisational feel of their early live recordings had been sacrificed for a slick, studio-bound effect that placed emphasis on producers and engineers as well as high-profile guest slots from jazz fusion names like Bob James, David Sanborn, Maynard Ferguson, and Hubert Laws.

Though albums like 1977's Rhythm Machine did well with audiences not used to buying salsa, they failed to connect. Fania Records' fortunes began to decline by the beginning of the '80s, not just with potential mainstream listeners, but also with hardcore Latin lovers who had quickly moved from salsa to the new sounds of Dominican merengue. Masucci continued working in film, and produced a boxing film in 1983, The Last Fight (starring Rubén Blades as the protagonist and featuring Willie Colón as well).

The Fania All-Stars recorded eight studio albums during the 1980s, gradually moving from the overly polished sound of the late '70s to a more organic Latin jazz. In 1994, the group celebrated the 30th anniversary of Fania Records with live dates in San Juan, Miami, and New York. The Fania All-Stars continued to perform occasionally during the rest of the '90s. ~ John Bush, Rovi 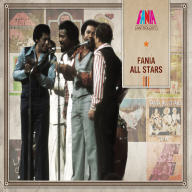 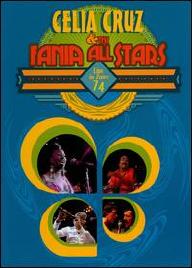 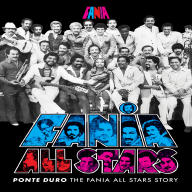 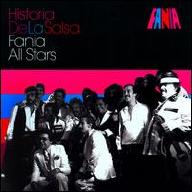 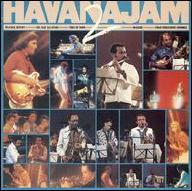 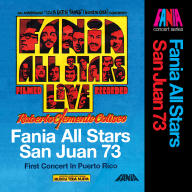 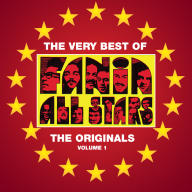 The Very Best Of Fania All Stars
2009
Videos
Close 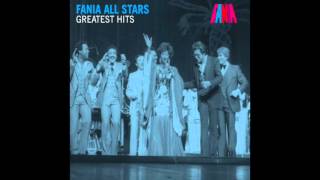 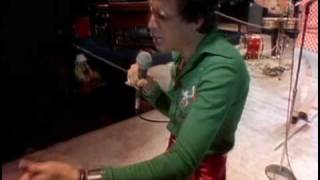 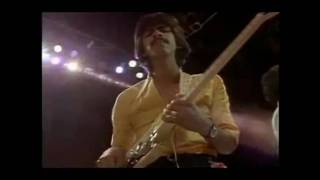 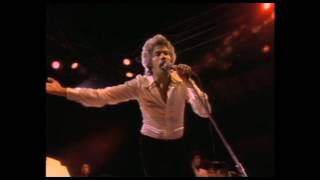 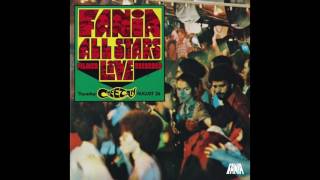 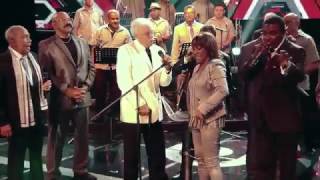 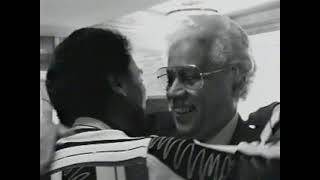