Close
George Goldner
from New York, NY
January 1, 1918 - April 15, 1970 (age 52)
Biography
George Goldner is one of those behind-the-scenes figures in the history of popular music, akin to Leonard and Phil Chess, Lew Chudd, and Art Rupe -- a record label owner and entrepreneur with a certain love of music and a knack for seeing it created. But unlike the Chess brothers, Chudd, and Rupe, lightning struck more than once in Goldner's life and career -- in fact, it kept on striking, over and over, with different companies and in a multitude of genres -- and rock & roll and all of us are all the richer for it.

Born in New York City, Goldner gave up an early career in the garment business to open a chain of dance halls. Goldner himself was a good dancer, and saw no reason not to pursue a career doing something he enjoyed, if there was money to be made at it. He was lucky enough to get in on the mambo boom, and had a special appreciation of Latin music, in part from having married a Latin woman.

In 1948, Goldner entered the record business when he started the Tico label, hoping to sell some records by the younger artists whose music he was hearing. Joe Loco, Tito Puente, Machito, and Tito Rodriguez were just a few of the artists who came aboard, all vital artists just embarking on the climb to the peak of their respective powers, and coupled with the mambo boom that broke out into mainstream culture, to middle class whites and urban black patrons, business got very good for Goldner -- indeed, Tico would be the busiest of the many labels he would found and run in the course of his 22 years in the business.

By 1952, Goldner was noticing that increasing numbers of black patrons were frequenting his dance halls, and were bringing a new interest -- rhythm & blues, which was booming anyway -- with them. In response, and to try and make some money off of this new audience, he organized the Rama label in 1953 as a vehicle for jazz and R&B. He must've been astonished with what happened with one of his early releases, the fifth record in the company's history; in fact, a group harmony number by an act called the Crows, entitled Gee, featuring an arrangement co-written by veteran R&B singer-pianist Viola Watkins. Gee was issued in the spring of 1953, and by the summer was charting high not only as an R&B release, but as a pop number. Goldner and just about everyone else in the business was surprised, not only by the "legs" that Gee showed but by the fact that it was being bought by a surprisingly large number of white teenagers.

Up to that point, nobody had really paid much attention to teenagers as a separate group of people, with their own distinct tastes and interests. But during the early '50s, American society was in a state of ferment -- the first big post-war technological boom was going on as television invaded American households, and one of the casualties of this change was radio, whose audiences were dwindling rapidly from 1951 onward, listeners transforming themselves into viewers. The exception -- the only exception -- was white teenagers. They were turning up as listeners in ever larger numbers, especially to radio shows that played rhythm & blues. None of that was unusual, except that with those programs, stations were aiming themselves at black listeners, or thought they were.

Radio programmers had taken note of this oddity, and by 1953, there were a few stations out there who were actively trying to draw the teenagers -- the only group of listeners not declining except the geriatric set, oddly enough -- to their place on the dials. That was what Goldner and Rama, and Gee by the Crows walked in on in the spring and summer of that year, and the music world was never the same. There would be better records than Gee, even from Goldner's labels, but it was recognized as the first R&B single to get a significant part of its sales and chart success from purchases by white teenagers -- the first rock & roll single. Goldner kept on releasing singles on Rama, and a year later founded the Gee Records label, named for his biggest hit to date, as an additional outlet. Gee took a little while, however, to find its direction, which was understandable, for nobody really knew how to attract the audience that Goldner had found. Indeed, at the time -- and we're talking 1954 here, just about the same point where Sam Phillips was trying to sort out whether the special sound he was looking for at Sun Records down in Memphis was coming from a pair of veteran musicians like Malcolm Yelvington or Doug Poindexter, who had found audiences for their music and were making a sort of living at it in Memphis, or a young truck driver without a single dollar earned in music named Elvis Presley -- nobody knew anything for sure about where the music was going or what the public was buying. And nobody was sure of anything about these teenagers, except that they were under 20, they were white, and mostly (though not entirely) urban and suburban -- at a time when, for the first time in the nation's history, the majority of the population lived in those locales, and not the country -- with lots of time on their hands and a decent amount of money to spend.

Apart from the continued military draft in peacetime, they didn't have a lot of worries, like the Great Depression or World War II. Goldner wasn't a musician, but he recognized musical and performing ability, and had musicians like Bert Keyes, Viola Watkins, and Jimmy Wright to bring out the best of that ability. He signed the Cleftones, and they cut a few records that had more of a beat and less of a bluesy feel than what he had been doing on Gee or Rama, and those sold. He also discovered an important new producing talent in the person of one Richard Barrett, a singer with the Valentines who went on to become one of the top young producer-arrangers in New York (and for Goldner's various labels) in the decade to come. Lightning struck for Goldner a second time in late 1955 when he found Frankie Lymon the Teenagers. They could sing, they could dance, and they had a song of their own that was intrinsically special, and they were kids, like the people that Goldner and his competitors were aiming at. It was a combination that he couldn't have created better himself. With some help from the resident Jimmy Wright Band, the Teenagers delivered a song called Why Do Fools Fall in Love, which broke in early 1956, and put Gee on the map not only nationally but around the world. With its driving beat, great vocal sound and textures, memorable hooks, and mix of innocent vibes and racy musical vocabulary, the song swept the charts.

As much as anything Elvis Presley was doing at RCA the same month that Why Do Fools Fall in Love was released, the Teenagers defined the rock & roll experience and the music. Goldner had latched onto the new music and its audience, and in a fairer reality, he'd have become a rich man and retired very happily, thank you. He wasn't necessarily a wise man, however, or one to see his own failings. George Goldner had his vices, and one of them was gambling, and another was a peculiar form of laziness. Faced with the revenue from a hit record like Gee or Why Do Fools Fall in Love (to which he'd also added his name to the copyright), instead of taking the money and investing it and his time in further musical endeavors, he'd spend it and taken time away from the business. He also loved to bet the ponies, and he didn't always win.

Already in 1953, he'd begun a loose business relationship with Morris Levy, a club owner, music publisher, and juke box distributor with a shady business background and rumored ties to organized crime. Levy had persuaded one of Goldner's top acts, Tito Puente, to leave Tico for a contract with RCA-Victor, and when confronted by Goldner, discovered that he'd hurt the other man's business, and that he actually had a liking for the other man. As compensation, Levy had agreed to help promote some of Rama Records' acts, and allowed the Crows to tour with the acts associated with Levy's Birdland club, and that exposure had helped the Crows and Rama Records break into the mainstream faster than they might otherwise have done. The two had become informal partners, with Levy behind the scenes promoting and distributing Goldner's releases. By 1956, the partnership was formal, as Levy joined Goldner in a new label, Roulette Records.

In April of the following year, Goldner -- in need of cash to cover gambling debts -- sold out his interest in Roulette, as well as his ownership stake in Gee, Rama, and Tico Records to Levy. Goldner turned right around and founded two new labels, End Records and Gone Records -- both distributed by Roulette -- and hit the charts big again with a pair of groups, the Flamingos and the Chantels.

Songs like I Only Have Eyes for You and Maybe were part of the real and thematic soundtracks of late-'50s/early-'60s teen life, and with Roulette's distribution, those and much of the rest of the End and Gone labels reached just about every conceivable potential listener that there was, as singles, juke box choices, and even on LPs -- and what's more, suddenly rock & roll oldies on LP were finding an audience, courtesy of Roulette. Goldner sold out End and Gone to Levy and Roulette in the early '60s, to pay off more gambling debts. He later founded the Red Bird label with songwriters Jerry Leiber and Mike Stoller, and struck pay dirt once again with the "girl group" sound, a white variant on the Chantels' earlier work, by way of the Dixie Cups (Chapel of Love, etc.) and the Shangri-Las (Leader of the Pack, etc.). He looked to be at the top of the independent record business again, when his ambitions got the better of him. He had a falling out with Leiber and Stoller over creative matters, and without their input, Red Bird declined rapidly. He was involved in a failed effort to take over Atlantic Records that alienated his partners, even as the label eventually got bought up by the Kinney Corporation to form what became known as Warner-Elektra-Atlantic and Warner Communications.

Goldner was relatively unfazed, and, indeed, was in the process of organizing a new label, Firebird, when he was struck down by a massive heart attack on April 15, 1970, at age 52. At the time, few people outside of the music business noticed or cared; hard rock and arena rock had replaced rock & roll, and all of those records on which Goldner had built his business and the fortunes he'd made and lost were considered old hat. He had discovered more talent, both in front of the microphone and behind the scenes, than most producers get to record in a lifetime, however. Moreover, in the decades since, much of the music that Goldner recorded and released -- songs by the Crows, the Cleftones, the Teenagers, the Flamingos, the Chantels, the Shangri-Las -- has retained an astonishing appeal to generations of listeners, and sells well and steadily on compact disc, while all but a relative handful of the records that were charting when he died are found in the dollar bins of most record retail stores. ~ Bruce Eder, Rovi 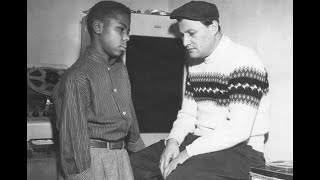 A tribute to the legendary George Goldner 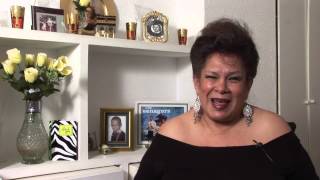 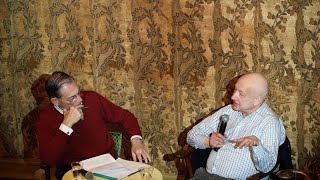 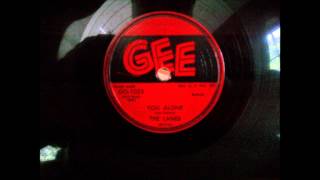 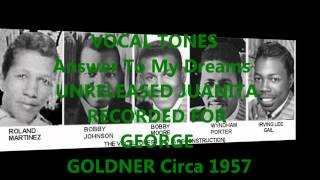 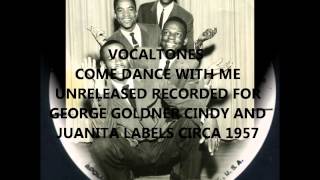