Close
The Libertines
from London, England
formed January 1, 2001 (age 19)
Biography
The Libertines joined the pop fray of 2002, competing with the likes of the Strokes, Hives, Vines, and Doves with their debut single, "What a Waster." The Bernard Butler-produced track entered the U.K.'s Top 40 in June, leaving NME to crown the Libertines as the best new band in Britain. The double-A-side song "I Get Along" earned Single of the Week on BBC Radio 1. The London-based band, who inked a deal with Rough Trade in December 2001, featured Carl Barât (guitar/vocals), Pete Doherty (guitar/vocals), John Hassall (bass), and Gary Powell (drums). Up the Bracket was released stateside in March 2003 while the single Time for Heroes gained momentum on the U.K. charts.

The group's Coachella Festival appearance later that spring, meanwhile, introduced their kinetic live act to the States. In June 2003, the band's playfully volatile chemistry began to go awry when Doherty didn't show up for a tour of Europe. The rest of the Libertines went ahead with the dates while Doherty formed another group that he initially also called the Libertines before changing the name to Babyshambles.

The following month, while the remaining Libertines were on tour in Japan, Doherty was arrested for breaking into Barât's apartment and stealing items including a harmonica, laptop computer, and antique guitar. In August -- around the same time that the band's single "Don't Look Back into the Sun" became one of their biggest hits -- Doherty pled guilty, and also confessed to addictions to heroin and crack cocaine; in September he was sentenced to six months in jail. However, his sentence was reduced to two months on appeal, and with time off for good behavior, he was released from jail in early October and the complete Libertines lineup performed at the Rough Trade 25th anniversary show later that month. In November, Doherty played two shows in his own apartment that featured a mix of Libertines and Babyshambles songs. The band closed out 2004 with a string of local dates, and began 2004 by writing and recording new songs in France.

Their first U.K. dates of that year, a three-night residency at London's Brixton Academy, unfolded in a typically chaotic fashion when Doherty smashed his guitar and left the stage in the middle of the band's final performance. As the band continued to record, Doherty and Barât also appeared on "For Lovers," a single by their friend Wolfman; it became a surprise hit and the biggest Libertines-related release yet. Meanwhile, in April 2004, Babyshambles released their self-titled, limited-edition debut single. Later that month, the band was joined on-stage by Peter Perrett of the legendary new wave band the Only Ones, and performed "Don't Look Back into the Sun" and the Only Ones' classic "Another Girl, Another Planet" with them.

But by May the Libertines' future looked grim again: Doherty was in and out of rehab clinics, such as London's Priory, in rapid succession. His ongoing troubles led the Libertines to cancel their performance at the Love Music Hate Racism concert that June; the event was subsequently canceled altogether. The band's appearances that month at Glastonbury, the Isle of Wight, and Morrissey's Meltdown festivals were also canceled and Doherty went to the rehab program at the Thamkrabok Monastery in Thailand; after a few days there, he left for Bangkok. Just after returning to London in mid-June, Doherty was arrested by London police, who detained him for a traffic offense and found a switchblade in his possession. The rest of the bandmembers carried on with their obligations for July and onward, saying that Doherty was welcome to rejoin the band once he had his addictions under control.

The Libertines recruited guitarist/vocalist Anthony Rossomando for their upcoming gigs, which included a performance at the T in the Park Festival. Doherty, meanwhile, set up a string of solo shows and dates with Wolfman, but failed to appear at several of the performances in early August. "Can't Stand Me Now," the debut single from the Libertines' self-titled second album, entered the U.K. charts at number two; in mid-August, Doherty appeared in court and pleaded guilty to the charge of possession of an offensive weapon. The Libertines arrived late that month, and the band -- minus Doherty -- toured the U.K. and the U.S. that fall in support of it. Doherty, meanwhile, put his efforts into Babyshambles. Carl Barât formed Dirty Pretty Things, named after a club night he founded, with former Libertines drummer Gary Powell, Anthony Rossomando as second guitarist, and Cooper Temple Clause's bassist Didz Hammond. After releasing two albums, 2006's Waterloo to Anywhere and 2008's Romance at Short Notice, Dirty Pretty Things disbanded.

In 2009 Barât and Powell reunited with Pete Doherty for a Libertines reunion at a tribute show for promoter Johnny Sedassy at the London Rhythm Factory, and a year later the full band reunited for gigs at the Leeds and Reading festivals. In 2010, Barât released his self-titled solo debut. Babyshambles returned in 2013 with their Stephen Street-produced third album, Sequel to the Prequel. Meanwhile, Barât formed another band, the Jackals, who released their debut album, Let It Reign, in 2015. Most excitingly for Libertines fans, the group's sold-out 2014 shows at London's Hyde Park and Alexandra Palace led the band to work on a new album. Preceded by the rollicking single "Gunga Din," Anthems for Doomed Heroes arrived in September 2015. ~ Heather Phares & MacKenzie Wilson, Rovi 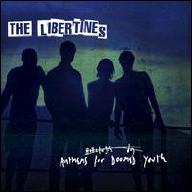 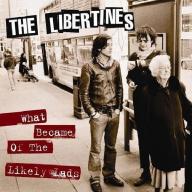 What Became of the Likely Lads
2005 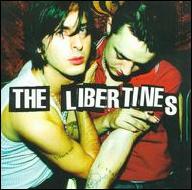 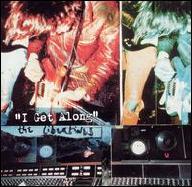 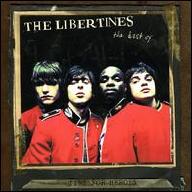 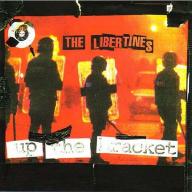 Up the Bracket
2002
Videos
Close 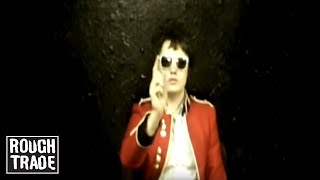 The Libertines - Don't Look Back Into The Sun (Official Video) 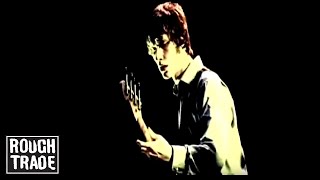 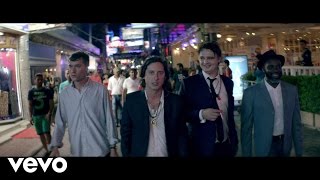 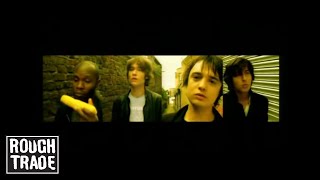 The Libertines - Up The Bracket 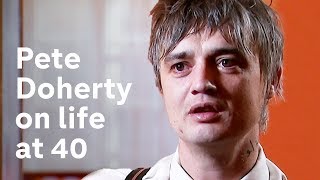 The Libertines - Music When the Lights Go Out 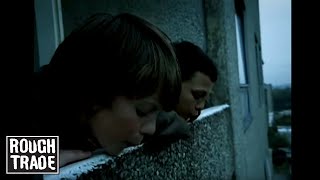 The Libertines - What Became Of The Likely Lads
Available here: