Close
Bill Monroe
from Rosine, KY
September 13, 1911 - September 9, 1996 (age 84)
Biography
Bill Monroe is the father of bluegrass. He invented the style, invented the name, and for the great majority of the 20th century, embodied the art form. Beginning with his Blue Grass Boys in the '40s, Monroe defined a hard-edged style of country that emphasized instrumental virtuosity, close vocal harmonies, and a fast, driving tempo. The musical genre took its name from the Blue Grass Boys, and Monroe's music forever has defined the sound of classical bluegrass -- a five-piece acoustic string band, playing precisely and rapidly, switching solos and singing in a plaintive, high lonesome voice. Not only did he invent the very sound of the music, Monroe was the mentor for several generations of musicians. Over the years, Monroe's band hosted all of the major bluegrass artists of the '50s and '60s, including Flatt Scruggs, Reno Smiley, Vassar Clements, Carter Stanley, and Mac Wiseman. Though the lineup of the Blue Grass Boys changed over the years, Monroe always remained devoted to bluegrass in its purest form.

Monroe was born into a musical family. His father had been known around their hometown of Rosine, KY, as a step-dancer, while his mother played a variety of instruments and sang. His uncle, Pendelton Vanderver, was a locally renowned fiddler. Both of his older brothers, Harry and Birch, played fiddle, while his brother Charlie and sister Bertha played guitar. Bill himself became involved with music as a child, learning the mandolin at the age of ten. Following the death of his parents while he was a pre-adolescent, Monroe went to live with his Uncle Pen. Soon, he was playing in his uncle's band at local dances, playing guitar instead of mandolin. During this time, Monroe met a local blues guitarist called Arnold Shultz, who became a major influence on the budding musician.

When Monroe turned 18, he moved to East Chicago, IN, where his brothers Birch and Charlie were working at an oil refinery. Monroe also got a job at the Sinclair oil refinery and began playing with his brothers in a country string band at night. Within a few years, they performed on the Barn Dance on WLS Chicago, which led to the brothers' appearance in a square dance revue called the WLS Jamboree in 1932. The Monroes continued to perform at night, but Birch left the band in 1934. Ironically, it was just before the group landed a sponsorship of the Texas Crystals Company, which made laxatives. Charlie and Bill decided to continue performing as the Monroe Brothers.

The Monroe Brothers began playing in other states, including radio shows in Nebraska, Iowa, and both North and South Carolina. Such exposure led to record label interest, but the Monroe Brothers were initially reluctant to sign a recording contract. After some persuasion, they inked a deal with RCA-Victor's Bluebird division and recorded their first session in February of 1936. One of the songs from the sessions, What Would You Give in Exchange, became a minor hit and the duo recorded another 60 tracks for Bluebird over the next two years.

In the beginning of 1938, Bill and Charlie parted ways, with Charlie forming the Kentucky Pardners. Bill assembled his own band with the intention of creating a new form of country that melded old-time string bands with blues and challenged the instrumental abilities of the musicians. Initially, he moved to Little Rock, where he formed the Kentuckians, but that band was short-lived. He then relocated to Atlanta, where he formed the Blue Grass Boys and began appearing on the Crossroad Rollies radio program. Monroe debuted on the Grand Ole Opry in October of 1939, singing New Muleskinner Blues. It was a performance that made Monroe's career as well as established the new genre of bluegrass.

In the early '40s, Monroe the Blue Grass Boys spent some time developing their style, often sounding similar to other contemporary string bands. The most notable element of the band's sound was Monroe's high, piercing tenor voice and his driving mandolin. The Blue Grass Boys toured with the Grand Ole Opry's road shows and appeared weekly on the radio. Between 1940 and 1941, he cut a number of songs for RCA-Victor, but a musicians' union strike prevented him from recording for several years. The classic lineup of the Blue Grass Boys fell into place in 1944, when guitarist/vocalist Lester Flatt and banjoist Earl Scruggs joined a lineup that already included Monroe, fiddler Chubby Wise, and bassist Howard Watts. This is the group that supported Monroe when he returned to the studio in 1945, recording a number of songs for Columbia. Early in 1946, he had his first charting hit with Kentucky Waltz, which climbed to number three; it was followed by the number five hit Footprints in the Snow.

Throughout 1946, the Blue Grass Boys were one of the most popular acts in country music, scoring hits and touring to large crowds across America. At each town they played, the band would perform underneath a large circus tent they set up themselves; the tent would also host a variety of other attractions, including Monroe's baseball team, which would play local teams before the concert began. During the late '40s, the Blue Grass Boys remained a popular act, landing five additional Top 20 singles. Numerous other acts began imitating Monroe's sound, most notably the Stanley Brothers.

Flatt Scruggs left the Blue Grass Boys in 1948 to form their own band. Their departure ushered in an era of stagnation for Monroe. After Flatt Scruggs parted ways from his band, he left Columbia Records in 1949 because they had signed the Stanley Brothers, who he felt were simply imitating his style. The following year, he signed with Decca Records, who tried to persuade Monroe to attempt some mainstream-oriented productions. He went as far as cutting a few songs with an electric guitar, but he soon returned to his pure bluegrass sound. At these sessions, he did meet Jimmy Martin, who became his supporting vocalist in the early '50s.

Throughout the '50s -- indeed, throughout the rest of his career -- Monroe toured relentlessly, performing hundreds of shows a year. In 1951, Monroe opened a country music park at Bean Blossom, IN; over the years, the venue featured performances from a number of bluegrass acts. Monroe suffered a serious car accident in January of 1953, which sidelined his career for several months. The following year, Elvis Presley performed Monroe's Blue Moon of Kentucky at his one and only Grand Ole Opry appearance, radically reworking the arrangement; Presley apologized for his adaptation, but Monroe would later perform the same arrangement at his concerts.

Monroe released his first album, Knee Deep in Bluegrass, in 1958, the same year he appeared on the country singles chart with Scotland; the number 27 single was his first hit in almost a decade. However, by the late '50s his stardom was eclipsed by Flatt Scruggs. Monroe was not helped by his legendary stubbornness. Numerous musicians passed through his band because of his temperament and his quest for detail, he rarely granted press interviews and would rarely perform on television; he even canceled a concert at Carnegie Hall because he believed the promoter, Alan Lomax, was a communist. In the '60s, Monroe received a great career boost from the folk music revival, which made him popular with a new generation of listeners. Thanks to his new manager, ex-Greenbriar Boys member Ralph Rinzler, Monroe played bluegrass festivals across the U.S., frequently on college campuses. In 1967, he founded his own bluegrass festival, the Bill Monroe Bean Blossom Festival, at his country music park, which continued to run into the '90s.

In 1970, he was inducted into the Country Music Hall of Fame; the following year, the Nashville Songwriters Association International Hall of Fame. Throughout the '70s, he toured constantly. In 1981, Monroe was diagnosed with cancer and underwent treatment for the disease successfully. After his recovery, he resumed his busy touring schedule, which he kept into the '90s. In 1991, he had surgery for a double coronary bypass, but he quickly recovered and continued performing and hosting weekly at the Grand Ole Opry. In 1993, the Grammys gave Monroe a Lifetime Achievement Award. After suffering a stroke in early 1996, Monroe died on September 9, 1996, four days short of his 85th birthday. ~ Stephen Thomas Erlewine, Rovi 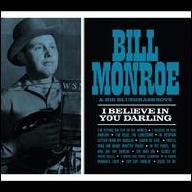 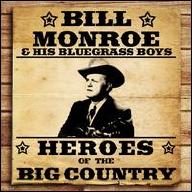 Heroes of the Big Country: Bill Monroe and His Bluegrass Boys
2012 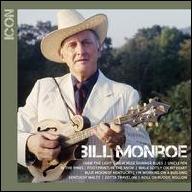 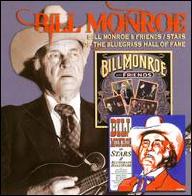 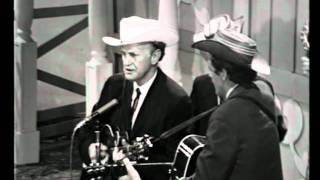 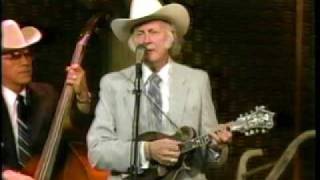 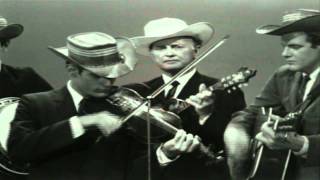 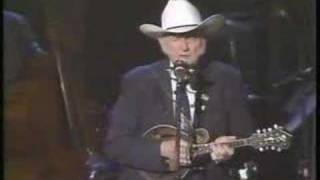 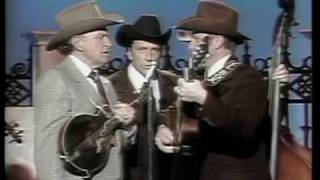 Bill Monroe and The Bluegrass Boys - I'm Working On A Building 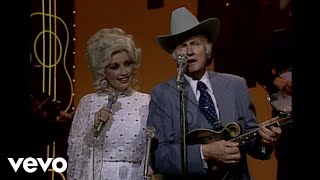