Close
The Easybeats
from Sydney, New South Wales, Australia
formed January 1, 1964 - January 1, 1970 (age 6)
Biography
The Easybeats occupy a unique place in the pantheon of 1960s British rock acts. For starters, they were Australian, except that they really weren't -- they met in Sydney alright, and being based in Australia with the talent they had gave them a leg-up over any of the local competition. But lead singer Stevie Wright originally came from England (although he'd been in Australia for some years), and bassist Dick Diamonde hailed from the Netherlands, as did guitarist Harry Vanda, while the others, guitarists George Young and drummer Gordon Snowy Fleet, were recent arrivals from Scotland and England -- most significantly, Fleet was Liverpool born and raised, and had been a member of the Mojos, one of that city's more promising bands of 1963 and 1964. They all had talent, but he had a sense of style and an idea of what worked in rock roll; it was Snowy Fleet who came up with the name "the Easybeats," and the sharp image for the early group, which made them a piece of authentic Brit-beat right in the heart of Sydney, 13,000 miles from Liverpool and as precious there as water on a desert.

After honing their sound and building a name locally around Sydney in late 1964, the group was signed to Albert Productions who, in turn, licensed their releases to Australian EMI's Parlophone label. Ted Albert, their producer, seemed to recognize what he had in a group of talented, newly-transplanted Englishmen and Europeans -- the real article, and a rare musical commodity in Australia. The band was signed up with 20 original songs already written, and as they sounded fresh, he simply let the band cut them, merely making sure the music came out right on vinyl. Working from originals primarily written by Stevie Wright, by himself or in collaboration with George Young, the group's early records (especially the albums) were highly derivative of the Liverpool sound, which was fine by all concerned. What made it special was the sheer energy that the quintet brought to the equation -- they were highly animated in the studio and on stage, they looked cool and rebellious, and they sang and played superbly.

For My Woman, their debut single, issued in March of 1965, was an ominous garage punk bolero, featuring Stevie Wright in an agonized lament, accompanied by brittle, bluesy rhythm and lead guitar parts that called to mind the early Kinks. She's So Fine, their second single, brought out two months later, shot to number one in Australia and was one of the great records of its era -- musically, it flew out of the gate like a rocket, a frantic, hook-laden celebration of female pulchritude from the point of view of an unrequited male admirer that grabbed the listener and wouldn't let go, across two minutes of raw excitement. Their debut album Easy, issued the following September, was a bit more influenced by the Hollies (and especially by Tony Hicks' playing) and, to a lesser degree, the Beatles and any number of lesser known Merseybeat acts, but whatever it lacked in originality, they made up for with an attack on their instruments that, coupled with Wright's searing, powerful lead vocals, made them one of the best British rock roll acts of the period and Easy one of the best of all British Invasion albums (though it took more than 30 years for it to be released officially outside of Australia).

In Australia, they were the reigning kings of rock roll from the summer of 1965 onward, assembling a string of eight Top Ten chart hits in a year and a half, including an EP that managed the unusual feat of making the singles chart. Their second album, It's 2 Easy, was a match for their first, a genuinely exciting collection of British Invasion-style rock roll whose only fault -- assuming that this was a fault -- was that it seemed a year out-of-date in style when it was released in 1966. That, however, pointed to the fundamental bind that the band faced; they'd conquered Australia and could do no wrong by keeping their sound the same, as the changes taking place in rock music filtered only very slowly across the Pacific. By George Young's own account, the band could have gone on writing and playing the same kind of songs for years in Australia and nobody would have minded, but he had ideas for more complex and daring music. By mid-1966, the Wright/Young songwriting team had become history, but in its place Vanda and Young began writing songs together. Additionally, the group had become so successful, that it was inevitable that they'd try to expand their audience, and that didn't mean side trips to New Zealand. In the fall of 1966, the Easybeats were ready to make the jump that no Australian rock roll act had yet done successfully, and headed for England.

In November of 1966, with legendary producer Shel Talmy (of Who and Kinks fame) managing their recordings, the group scored its first U.K. hit with Friday on My Mind. A product of Vanda and Young's songwriting, the song embodied all of the fierce kinetic energy of their Australian hits but was written at a new level of sophistication, with an amazing number of musical "events" taking place in its three minutes: An opening two-note staccato figure (backed by a cymbal crash) blooms into a pseudo-Arabesque quotation on the guitar, rising higher while the singer intones a frantic tale of work, fun, and escape, covering the days of the work week (in a manner vaguely reminiscent of Rock Around the Clock's trip around an idealized 24 hours in a teenager's life, and also declaring working class defiance in the manner of Summertime Blues); a chorus chimed in at an even higher register, notching up the tension even as the tempo quickens and also broadening the tonal palette, in a manner akin to the early psychedelia of the period. With all of that activity and excitement within the context of a three-minute pop song, and two catchy hooks, it was impossible to get tired of Friday on My Mind, in any language. It rose to the Top Ten not only in England but across Europe and much of the rest of the world, and reached the Top 20 in the United States as well where, for the first time, Americans became aware of the Easybeats.

The group spent seven months in England, writing new, more ambitious songs and also performing before new audiences, most notably in Germany, where they were greeted with an enthusiasm rivaling their appearances in Australia, and left behind a notable series of live television appearances. The band's return to Australia in May of 1967 for a national tour marked the high point of their history. Unfortunately, it would be the last unbridled success that they would know -- the group moved their base of operations to London, where the Vanda/Young songwriting team began composing ever more complex songs, in keeping with the flourishing psychedelic era. Some of the songs were superb, but the same charmed existence that the group had led up to that point seemed to desert them in 1967-1968 -- their single Heaven and Hell was banned from the radio in England for one suggestive line, and a six-month lag for a follow-up cost them momentum that they never reclaimed. Additionally, they lost some cohesiveness in their sound as the members began indulging in the chemical and other diversions at hand in still swinging London -- they worked in the studio, making some extremely complex recordings during late 1967 and early 1968, and the songs, including Falling Off the Edge of the World and Come in You'll Get Pneumonia, were as good as anything being written in rock at the time. The Easybeats, however, were no longer as exciting a group to listen to or see, when they actually did perform. By mid-1969, the band had receded to a mere shadow of itself, and their music had regressed to a form of good-time singalong music, similar to the work of the Tremeloes, pleasant enough but nothing like the kind of work they'd been generation just two years before. Their final grasp at international success came with the single St. Louis, which managed to scrape the very bottom of the American Hot 100.

The band decided to call it quits following a return to Australia for one final tour, after which Harry Vanda and George Young became full-time songwriter/producers, helped organize AC/DC (featuring Young's siblings Angus Young and Malcolm Young), and generated the 1973 hit Evie for Stevie Wright. Their string of successes has stretched into the new century -- Friday on My Mind remains in print in dozens of editions throughout the world, as recorded by the Easybeats and others; and in 2001, their late '70s disco hit Love Is in the Air (primarily associated with John Paul Young), was licensed for use in two different commercials for two separate products (a car and a credit card) running simultaneously on American television. Meanwhile, the Easybeats' complete output has been issued on CD through the Repertoire label (making their 1965-1966 Australian sides widely available around the world for the first time), and anthologies of their work are in print in England and America. Such was the demand for their music in the late 1990s, that Australia's Raven Records has also issued Live, Studio and Stage, the first full-length collection of live recordings by the group, assembled from across their history. ~ Bruce Eder, Rovi 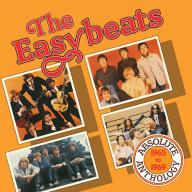 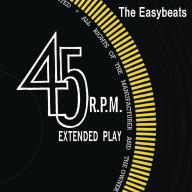 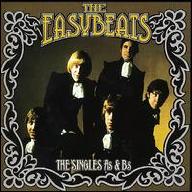 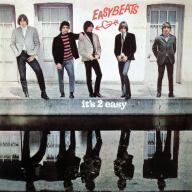 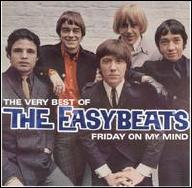 The Very Best of the Easybeats
2003 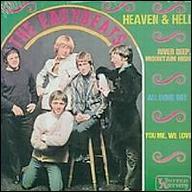 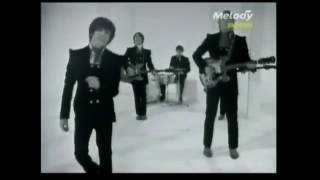 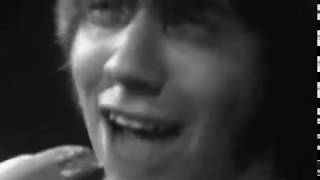 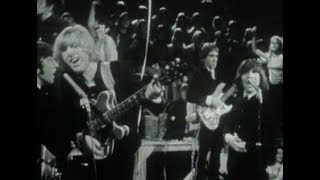 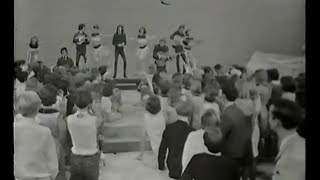 The Easybeats - She's So Fine 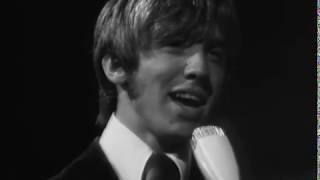 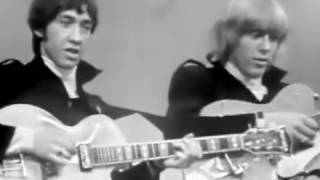 The Easybeats - I'll Make You Happy 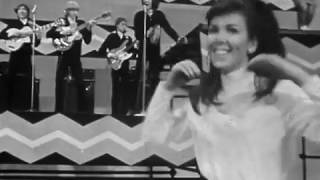