Close
The Psychedelic Furs
from London, England
formed January 1, 1977 (age 44)
Biography
New wave icons the Psychedelic Furs built a career on mysterious pop songs guided by the world-weary and unmistakable vocals of Richard Butler plus an always-evolving sound that started off as stark post-punk then took detours into synth pop, dance rock, and mainstream alternative. Along the way, they released a classic album that fused the energy of punk with the brightness of new wave (1981's Talk Talk Talk) and a string of singles highlighted by "Love My Way," "Heaven," and "Heartbreak Beat" that proved popular and influential. Their classic song "Pretty in Pink" became the inspiration for the film of the same name and others showed up regularly in movies and TV shows. Though the band ran aground in the early '90s, they returned a decade later to launch a successful career as a live act, and with their 2020 album Made of Rain, proved they could still deliver epic and meaningful records.

The group, whose name was inspired by the 1966 Velvet Underground song "Venus in Furs," were formed in England in 1977 by brothers Richard Butler (vocals) and Tim Butler (bass), along with saxophone player Duncan Kilburn and guitarist Roger Morris. Steady gigging plus a high-profile session for John Peel's Radio 1 show led to the band being signed by Epic Records. By this time, the group had become a sextet, adding guitarist John Ashton and drummer Vince Ely. This was the lineup on their first single, "We Love You," which was released in 1979. It was followed by another single, "Sister Europe," then in 1980 the group's mostly Steve Lillywhite-produced eponymous debut album. The Psychedelic Furs' dark mixture of punk attitude, post-punk moroseness, and classic songcraft took the record into the Top 20 in the U.K. and earned them a U.S. release as well.

The band's second album, 1981's Talk Talk Talk, dialed down the gloom in favor of a brighter, poppier sound and reached the U.S. Top 100. The record also produced two U.K. singles chart entries, "Dumb Waiters" and "Pretty in Pink." Inspired by their overseas success, the Furs, now minus Kilburn and Morris, left England for America and hooked up with Todd Rundgren to produce their next record. With a slicker, more fully arranged sound bolstered by Rundgren's keyboards, an expanded horn section, and the backing vocals of Flo Eddie, 1982's Forever Now edged toward synth pop territory and scored the band their first Billboard Hot 100 single with "Love My Way." The album was also a hit, reaching the Top 20 in the U.K. and going gold in the U.S.

Before the Psychedelic Furs went back to the studio to record their fourth album, Ely left the band. The trio of the two Butlers and Ashton hired sax player Mars Williams and producer Keith Forsey to help craft a slickly sophisticated sound on 1984's Mirror Moves. Sporting the hit singles "Heaven" and "The Ghost in You," the album was their second in a row to reach gold status. Their profile was raised even higher with the release in 1986 of a successful John Hughes film inspired by and named after their song "Pretty in Pink." The band recorded a new version of the song for the soundtrack, sanding off some of the rough edges of the original for mass consumption. The group reacted to their growing success by aiming even higher with 1987's Midnight to Midnight. Hiring producer Chris Kimsey -- who had worked with the Rolling Stones among other big names -- to give them a huge, modern sound, the Furs wrote a batch of songs meant to appeal to a wide audience. It worked, with the single "Heartbreak Beat" cracking the Billboard Top 30 and the album itself lodging itself high in the charts in both the U.S. and the U.K.

The move to the mainstream didn't sit well with the band -- Richard Butler was later quoted voicing his displeasure with the sound and approach -- and their next effort, 1989's Book of Days, was a return to a thrashier, more guitar-oriented sound. Predictably, it didn't find as much of an audience, and the group, now with Ely back on drums, soldiered on. They recorded one more album, 1991's World Outside, which, despite a batch of solid guitar rock songs and finely layered production courtesy of Stephen Street, didn't propel them back into the public's good graces. It did produce one chart hit, though, the gleaming modern pop ballad "Until She Comes."

The bandmembers went their separate ways after that release, with Richard and Tim Butler forming the alternative rock group Love Spit Love. They released two albums -- 1994's Love Spit Love and 1997's Trysome Eatone -- before the Butlers decided to restart the Psychedelic Furs once more. With John Ashton and fellow Love Spit Love members Richard Fortus (guitar) and Frank Ferrer (drums) in tow, the group joined the Go-Go's for a joint tour during 2000. A year later, they headlined shows across North America and in 2001 released Beautiful Chaos: Greatest Hits Live, which included their first new song in almost ten years, a somber ballad entitled "Alive."

The Furs continued to tour on a regular basis with a variety of lineups over the next two decades, with Richard Butler taking time out in 2006 to release a self-titled solo album. They resisted making new music until the late 2010s, when they decided the time was right. The Butlers were joined in the studio by their touring lineup of guitarist Rich Good, drummer Paul Garisto, keyboard player Amanda Kramer, and longtime cohort Mars Williams on saxophone. With another old friend in the producer's chair in the person of Richard Fortus, the band recorded a mix of newly written songs and those they had played in concert previously. The resulting album, Made of Rain, was issued in July of 2020 by Cooking Vinyl. ~ Tim Sendra, Rovi 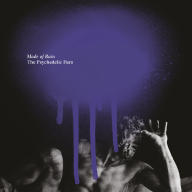 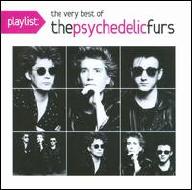 Playlist: The Best of the Psychedelic Furs
2011 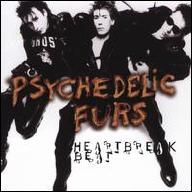 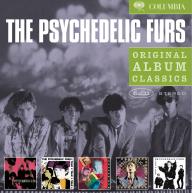 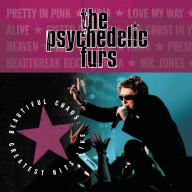 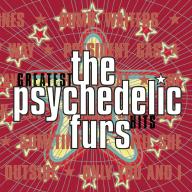 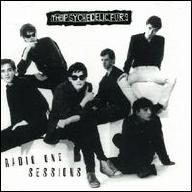 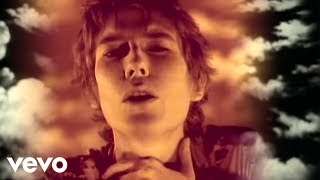 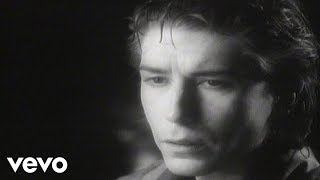 The Psychedelic Furs - The Ghost in You (Official Video) 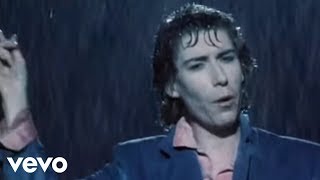 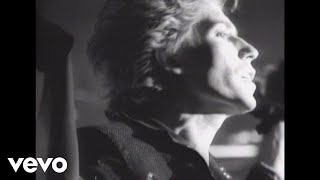 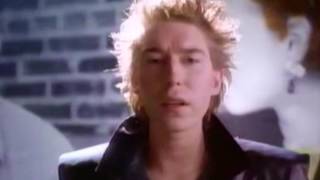 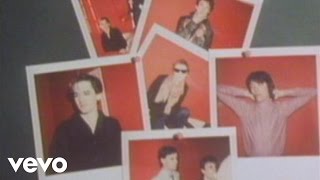