Close
Dimelo Flow
from Panama City, Panama
January 1, 1989 (age 31)
Biography
Dimelo Flow is a prolific, chart-topping, Panamanian-born DJ, producer, and recording artist. He has played an essential role in the creation of some of Latin music's biggest chart hits during the second decade of the 21st century in hip-hop, trap, and R&B, including the number one smash "Otro Trago" by Sech and Darrel. He also worked on Karol G's and J Balvin's "Ocean" and "Pa Mi" by Dalex, Rafa Pabon, and Khea. Part of the Rich Music stable, he's worked with most of the high-profile LatinX artists including Feid, Anitta, Bad Bunny, Nicky Jam, Justin Quiles, and Farruko, to name a few. While Flow personally refuses the reggaeton label, his work is certainly steeped in the urbano/Latin trap tradition with its skittering, slippery beats and breezy, open spaces for rapped and sung vocals, as well as floating keyboards and samples. Though he began recording singles an artist in 2017 and 2018, it was in 2019 that he signed an artist deal with Interscope as part of an exchange collaboration with Rich Music.

Born in Panama City, music was not the first consideration for Jorge Valdes Vasquez, the future Dimelo Flow. Instead, he pursued basketball and intended to make it a career. At age 14, however, he broke his femur in a car accident and was forced to abandon his plan. At 15, he started DJ'ing at school and house parties. He graduated to clubs by 17 and for the next couple of years, honed his skills working in clubs. He began to care passionately about music and traveled to New York City a great deal in order to educate himself about the music business and gain more skill as a DJ. At 20 he acquired a job at a Florida radio station and worked as an engineer for two years. While there, he met countless hip-hop artists and in his spare time created his own mixes. Flow moved to Tampa at 22 and got a gig as a club DJ three nights per week. During his tenure there he met Justin Quiles. The pair hit it off. Impressed by the DJ's skills as both a DJ and an engineer, Quiles hired Flow to produce his music. The pair moved to Miami as a team a few years later, and Flow he began working with a host of urban artists including J Alvarez, J Balvin, Nacho, Bad Bunny, and Jory. From then on, the work never stopped. Dimelo Flow signed to Rich Music, home to some of the most cutting-edge Latin artists.

Over the next three years he was in the studio almost daily. Along with the aforementioned tracks, he worked on literally dozens of others by a dazzling array of artists including the hits "ALOÓ" by BCA and "Me Gustaría" by Sech, Justin Quiles, and Jowell Randy. His video collaborations garnered tens of millions of views, and his productions between 2017 and 2018 racked up millions of streams. His chart success at streaming was truly international.

In June 2017, Flow released "In the Morning," featuring Justin Quiles and Fuego, his debut single as an artist for Rich Music; it entered the streaming charts inside the Top 50. In 2018, as his production work landed in the top rungs of the charts, he issued the video and single "Envidiosos" featuring Farruko, Bryant Myers, Justin Quiles, Dalex, and Kelmitt. It racked up tens of millions of views and hit the streaming Latin charts inside the Top 20. He also produced the charting trap single "No Quiero Amarte" by Zion Lennox.

All of it led to 2019, when "Otra Trago" hit number one and scored nearly 104 million streams, even as he placed ten additional production tracks on the charts. In addition, he helmed the sessions for Farruko's hit album Gangalee. He signed an artist deal with Interscope as part of their exchange with Rich Music and began working on his debut album. He issued the pre-release single "El Favor," featuring Nicky Jam, Farruko, Sech, Zion, and Lunay, in September. It received over seven million streams during its release week. Later that month he released Rich Music Dímelo Flow Present: The Avengers, with tracks by Lenny Tavarez, Quiles, Sech, Dalex, and Feid. In October, Members Only, Dimelo Flow's debut album as an artist, appeared on Interscope. ~ Thom Jurek, Rovi 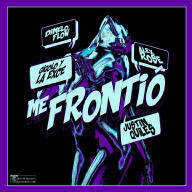 In the Morning
2017
Videos
Close 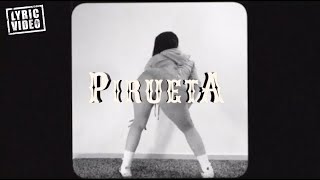 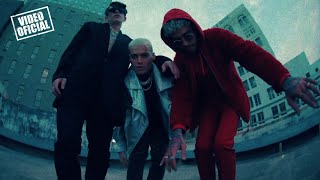 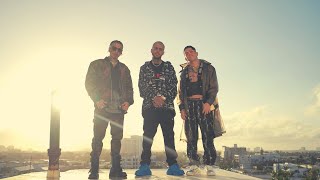 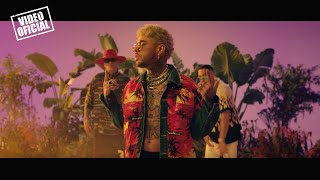 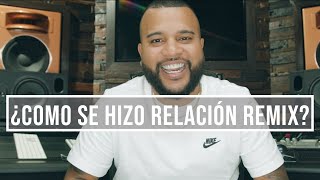 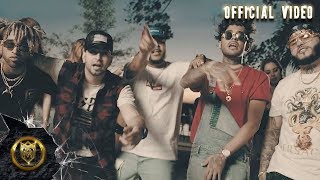 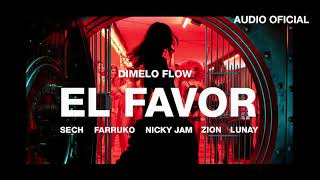