Close
Buckingham Nicks
Biography
Buckingham Nicks (or, as it's sometimes written, Buckingham/Nicks) were a short-lived duo comprised of guitarist/singer Lindsey Buckingham (b. Palo Alto, CA, Oct. 3, 1948) and singer Stevie Nicks (b. Phoenix, AZ, May 26, 1948). Buckingham and Nicks had met at Menlo Atherton High School in Atherton, CA, where Nicks' family had moved after a time living in Los Angeles. Nicks, who had written poetry since childhood, began composing songs at 16, the year she had joined her first band, the Changing Times, whereas Buckingham had been interested in rock & roll -- especially the guitar-based sounds of artists such as Eddie Cochran, the Everly Brothers, and Buddy Holly -- since childhood, and had picked up his first instrument amid his youthful infatuation with the Kingston Trio.

Their interest in music and each other pulled them in the same direction, and led Nicks to join Buckingham and some friends in a band called Fritz (originally the Fritz Raybyne Memorial Band, named for a fellow student), where he played guitar and sang and she sang and played a little guitar. Her sound in those days was reportedly influenced somewhat heavily by Buffy Sainte-Marie's work of the period, especially the song "Cod'ine." The two parted company for a time when her family moved to Chicago, but by the end of the '60s she was back in Northern California studying at San Jose State University and once again singing with Fritz, which was making some headway as an opening act for the likes of Janis Joplin, Jimi Hendrix, Creedence Clearwater Revival, et al. Fritz could never quite break through to a recording contract of their own, however, or past opening-act status beyond their local area, and tensions also arose over Nicks becoming the focus of their performances. They lasted long enough to cut some unsuccessful demos for producer Keith Olsen, but broke up in 1971.

Buckingham and Nicks stayed together, personally and professionally, however, and cut a group of demo recordings the following year, which they shopped around Los Angeles. Those tracks got them a recording contract with Polydor, the newly organized U.S. conglomerate of Mercury Records, Phonogram, and the moribund MGM label. Produced by Keith Olsen, the resulting Buckingham Nicks album was a finely polished pop/rock jewel, reflecting all of the influences that had brought Buckingham and Nicks to this point in their lives -- instrumental virtuosity that derived as much from early rock & roll and the folk revival as it did from the subtly smooth California production, and singing that derived as much from the best of the folk-rock boom of the mid-'60s as it did from the AM-radio sensibilities of the era that was obviously in the mind of the producer. And the album died an absolute death in September of 1973; amid the burgeoning arena rock of the time, and heavy metal, prog rock, and every other sound that was dominating the airwaves, Polygram's promotional staff just didn't know what to do with Buckingham Nicks and its melodic pop/rock sound, rooted in two-part harmony and straightforward, ungimmicky playing and production.

The one bright spot was that other musicians who heard it loved it, and the critics who reviewed it felt just about the same way. This wasn't enough to get the record much more than an underground reputation, if that, though the duo did tour briefly to support it. And plans were afoot to make a second album with Olsen, who allowed the couple to move in with him at one point, finances were so desperate. Meanwhile, Buckingham picked up some cash playing in Don Everly's band (the Everly Brothers having finally split up not long before). It looked like the duo would have a long struggle ahead to reach the public, even assuming that they could get the second album -- which was to include songs with the titles "I'm So Afraid," "Monday Morning," and "Rhiannon" -- recorded and promoted properly. That was when fate interceded, from what had to have seemed at the time the most unlikely quarter of the music business, a long established blues-rock band called Fleetwood Mac.

As they had been almost perpetually since 1970, when their original three-guitar contingent began splintering, Fleetwood Mac were in need of personnel to fill out their lineup. Starting in 1967 in England, they had made their name doing some of the best electric blues to come from the far side of the Atlantic during the late '60s, and had enjoyed major hit albums and even a few chart-topping singles in England, while developing a substantial cult following in the U.S., mostly built around their co-founder and lead guitarist, Peter Green. The closest that Fleetwood Mac even came to Buckingham Nicks was very indirectly, by way of one song. "Black Magic Woman," authored by Green, which had been a major U.K. hit for the band in its original version in 1968, was later covered on a hugely popular U.S. single by Santana, for whom Fritz had opened on several occasions. That was as close as Fleetwood Mac had ever come, musically or in any other way, to Buckingham or Nicks, neither of whom was known for an affinity to the blues. But Green's departure and a series of further personnel upheavals across the early '70s had gradually moved them away from their original blues sound, though they did retain a lot of their original audience and even gained new adherents in America. A string of fake versions of the group and outright impersonations, however, had cost them two years of momentum, and eventually forced the group to relocate to America, to California.

At that particular moment in 1974, they were facing another personnel crisis in the guitar department, and co-founder Mick Fleetwood was in the market for a musician. In that quest, and in preparation for any eventual new recording, he visited Sound City Studios and chanced to hear the song "Frozen Love" from Buckingham Nicks. The guitarist impressed him and he began making inquiries, only to discover that if he wanted Lindsey Buckingham in the band -- and he did -- then he would have to ask Stevie Nicks into the band as well. It took a little discussion and some internal musical calculus to get from one new member to two, but all concerned -- John McVie and Christine McVie, as well as Fleetwood -- felt it was a leap worth taking, based on what they heard and where they thought they could end up. Thus it was that, with an invitation to join extended on New Years Eve of 1974, the best of the planned tracks for a second Buckingham Nicks LP, and Keith Olsen's participation as producer, all got folded into Fleetwood Mac's future along with Lindsey Buckingham and Stevie Nicks. The sound and the resulting sales over the next three albums dwarfed the combined previous success of all of the participants -- indeed, dwarfed it all several times over.

There were two unfortunate upshots of it all, however -- the first was that Buckingham and Nicks' relationship didn't survive the success; the second was that the Buckingham Nicks album remains missing in action as of 2009, never having made it to compact disc, except in a string of ever higher-quality bootlegs. Across the decades, there have been rumors about planned official reissues from Polygram and Universal (the successor companies to Polydor), and also accounts claiming that Buckingham and Nicks long ago bought back (or otherwise re-acquired) the rights to the record. As a result -- and a crowning irony for an album that was so badly promoted that it barely made it into stores on vinyl -- it is one of the most heavily bootlegged albums from the 1970s. What's more, even live performances from the Buckingham Nicks tour -- a tour that hardly anyone noticed at the time -- have surfaced as well. ~ Bruce Eder, Rovi 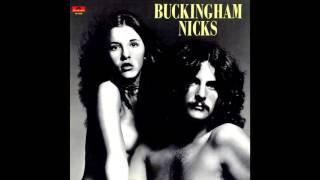 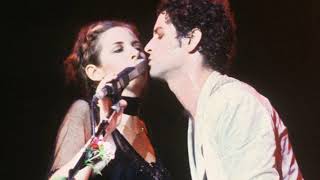 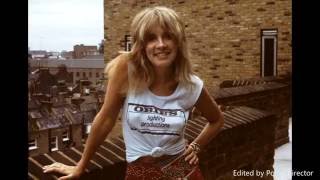 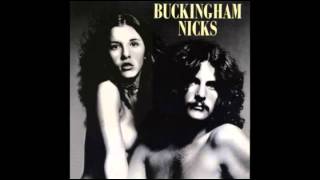 Buckingham Nicks - Crying in the Night 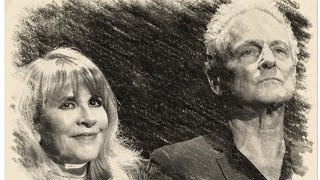 Fleetwood Mac Drama Gets Personal Between Buckingham, Nicks and Azoff 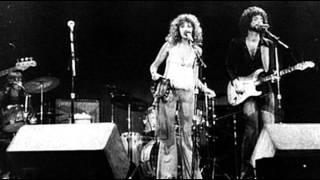 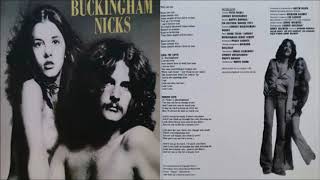