Close
Wayne Proctor
Biography
Guitarist/composer Wayne Proctor is one of the enduring underground legends of 1960s American rock roll. Neither he nor the most famous of the bands that he was in, We the People, ever achieved more than regional success, breaking out of the Orlando, FL, area where they were based -- but they left behind records and songs that still draw listeners 40 years later. Proctor was born in the late '40s and grew up in Florida, in the Orlando area, and his initial inspiration to take up the guitar came from his uncle, whom he described in an interview with The Lance Monthly as a Chet Atkins-style player. His first instrument was a $15 guitar from Sears, bought for him by his father, and he went electric with a Gibson Melody Maker -- his later instrument of choice was a Gretsch Country Gentleman. He passed through a few bands in high school during the early '60s, starting with the Vi-Brations -- a trio of himself, drummer Ron Skinner, and keyboard player Frank Golden -- in 1962 or 1963, and later the Coachmen, the repertoire of the latter embracing a vast range, from the Kingston Trio to James Brown. Meanwhile, Skinner moved on to the Nation Rocking Shadows, and shifted over to guitar and vocals.

Proctor was still with the Coachmen in 1964 when the Beatles hit in America, and about eight months later found himself being sought out by members of the Nation Rocking Shadows, who'd parted company with Skinner and needed a new guitarist and singer. With Proctor and organist Randy Boyte coming aboard, they became the Trademarks, who actually got to record a tiny handful of memorable tracks. By 1966, more personnel and band changes had taken place, as the Trademarks merged with another band, the Offbeets, to become We the People. That put Proctor together with Tommy Talton, then 16 years old, two years younger, and already playing and writing up a storm -- their manager wanted the group to work out original material, and that fell to the two of them as the songwriters within the group, and each began adding his influence to the other's work, even when they weren't formally collaborating.

Proctor's songwriting included the driving My Brother, the Man, which had a set of lyrics that were always improvised on the spot, You Are the Color of Love, the hauntingly beautiful Half of Wednesday, and In the Past. The latter emerged in 1966, just as the sitar was becoming a popular instrument on records by the Beatles and the Rolling Stones. In place of the Hindustani instrument, Proctor played a locally made creation, the work of the father of a friend, that looked like a mandolin with a thyroid problem, which was christened an octachord, and which generated a somewhat similar note-bending drone but didn't require 30 years of study to play decently. The song became a highlight of their live sets, and was good enough to catch the ear of producer Ed Cobb on the West Coast, who gave it to a band he managed called the Yo-Yoz, whose recording, a smoother, glittering, albeit less emphatic rendition, ended up being credited to the Chocolate Watchband and becoming one of the highlights of their somewhat confused recording history.

Proctor and Talton often switched off on different instruments with David Duff, Proctor providing slide guitar here and there and playing bass on some tracks, with Talton laying aside his Stratocaster to play bass, while singer/bassist Duff took on the rhythm guitar role. They made the band into one of the most formidable in Florida's mid-'60s band scene, and at one point they seemed poised to break out nationally on the Challenge label. My Brother the Man actually got lots of airplay on WLOF, the local rock station, and in 1967 they even got picked up by RCA. The breakthrough never did happen, however, though We the People did get to Nashville -- they may well have been the first rock rollers with truly long hair ever to hit the notoriously conservative country music mecca, in 1967 -- where they backed Ray Stevens, among other endeavors.

In 1967, Proctor was forced to leave the band and return to college full-time in order to avoid the military draft, and his departure left behind a far less interesting version of We the People, which endured right to the turn of the decade. He later auditioned for the Standells late in their history (circa 1967) and made it, but ultimately turned them down. Proctor also wrote songs for RB singer Patti Drew and an outfit called the Lemonade Charade, and subsequently worked with a band called the Kolor Korporation, made up entirely of people he'd known from high school and junior high. He later left music in favor of a job in local government, but still takes pride in his music career, especially his songwriting. ~ Bruce Eder, Rovi 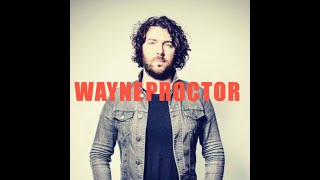 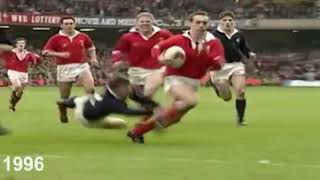 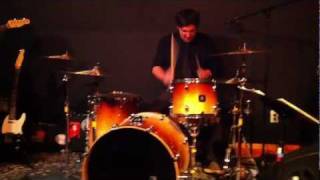 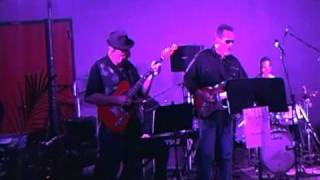 Best of the Best Band with Wayne Proctor - Green River 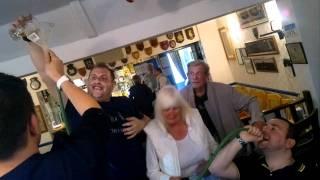 wayne proctor in the dentist chair. 27 bars in one day.mp4 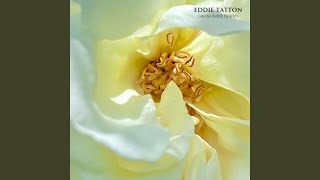 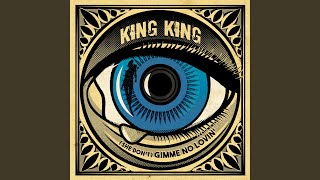