Close
The Melodians
from Kingston, Jamacia
formed January 1, 1963 (age 58)
Biography
Vocal trio the Melodians were one of Jamaica's greatest rocksteady groups, cutting a series of classic singles during the late '60s and early '70s that included the internationally famed "Rivers of Babylon" and "Sweet Sensation." The group was formed in the Greenwich Town area of Kingston in 1963 and included Tony Brevett (brother of Skatalites bassist Lloyd Brevett) and Brent Dowe, who split lead vocal duties, plus full-time harmony singer Trevor McNaughton. Additional member Rennie Cogle wrote or co-wrote much of their material, and also served as an arranger. In their early days, the Melodians performed quite successfully in talent shows around Kingston, which eventually led to their first recording session -- for Clement Coxsone Dodd's Studio One label -- in 1966. Only two of the four tracks were released, and drew little attention.

The Melodians moved over to Duke Reid's Treasure Isle imprint from 1967-1968, and it was there that they had their first taste of success. Singles like "You Have Caught Me," "Expo 67," "I'll Get Along Without You," "You Don't Need Me" (which featured groundbreaking chatter U-Roy), and "Come On Little Girl" established them as one of the sweetest-sounding vocal ensembles on the rocksteady scene. After "Come On Little Girl" became a hit in 1968, the group joined up with producer Sonia Pottinger and scored two more successes that year, "Little Nut Tree" and "Swing and Dine."

The Melodians broke through to a wider international audience when they began recording for producer Leslie Kong in 1969, an association that resulted in many of their most celebrated songs. "Sweet Sensation" sold quite well in the U.K. as well as Jamaica, and it was eclipsed in both places later that year by the smash "Rivers of Babylon," which became the group's signature tune. "Rivers of Babylon" also marked the emergence of a Rastafarian spiritual consciousness in the group's songwriting, which had heretofore tackled mostly romantic concerns; they would occasionally return to Rasta themes on songs like "Black Man Kingdom Come." Continuing to enjoy significant success with Kong, they stuck with him until the producer's untimely death in 1971.

The tragedy effectively marked the end of the Melodians' heyday. They cut a few more records for producers like Lee Scratch Perry, Harry J, and Byron Lee's Dynamic Sounds studio and made second go-rounds with both Pottinger and Reid. Nothing quite recaptured their success with Kong, however, and Dowe left the group in 1973; they disbanded not long after, despite "Rivers of Babylon" finding a whole new audience via its inclusion on Jimmy Cliff's soundtrack for The Harder They Come. Dowe and Brevett both recorded solo singles during the mid-'70s, the former with Lee Perry. They re-formed the Melodians in 1976 and re-recorded many of their old hits for Harry J, but the venture didn't get much further.

The trio reconvened in the early '80s and cut a reunion album of new material, Irie Feeling, in 1983 (the same year UB40 covered "Sweet Sensation" on their hit Labour of Love album). Irie Feeling failed to re-establish them, but they later found work on the revival circuit and made a living by touring internationally and performing their classics of old. Dowe died of a heart attack in 2006. The group continued and celebrated their 50th anniversary in 2013 with Lyrics to Riddim, though Brevett died that year of cancer. McNaughton, Taurus Alphonso, and Winston Dias released a new album as the Melodians, The Return of the Melodians, in 2017. ~ Steve Huey, Rovi 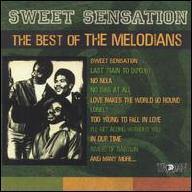 Sweet Sensation: The Best of The Melodians
2003 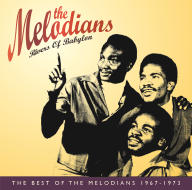 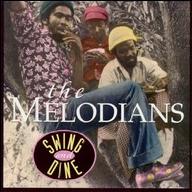 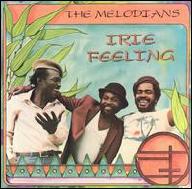 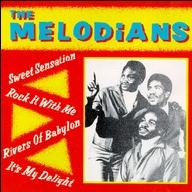 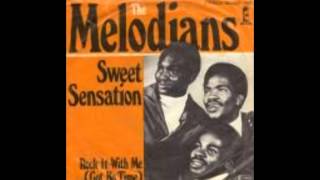 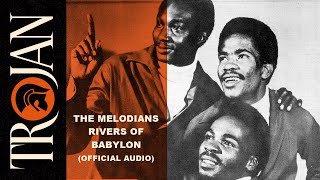 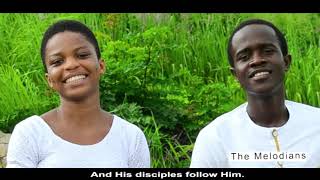 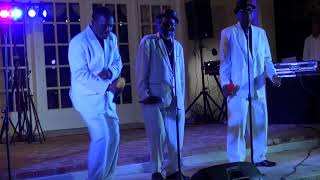 The Melodians Things you say you Love 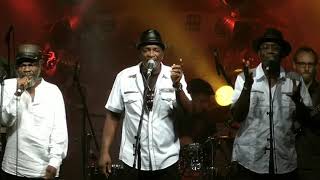 The Melodians Live Konzert @ This Is Ska 2016 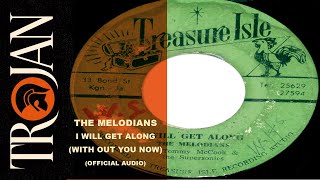 The Melodians - 'I Will Get Along (Without You)' (Official Audio) 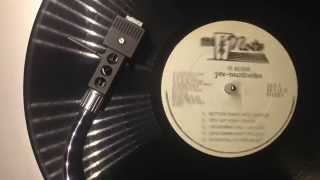