Close
David Frizzell
from El Dorado, AR
September 26, 1941 (age 78)
Biography
Just like Hank Williams, Jr. he's standing in the shadows of a very famous man, but David Frizzell became a country star in his own right during the '80s. The younger brother of country legend Lefty Frizzell, David was born September 26, 1941, in El Dorado, AK. At the age of 12, he hitchhiked to California to join Lefty, who added the youth to his show and persuaded Columbia to sign him in 1958. Nothing came of the deal, however, and David spent the '60s touring with his brother, recording for several minor labels and spending time in the Air Force. He returned to Columbia in 1970 and placed two singles on the country charts, including the Top 40 entry I Just Can't Help Believing. (B.J. Thomas took it to the pop Top Ten the same year.)

Frizzell moved to Nashville a year later and recorded for the Cartwheel label. Just after he joined Buck Owens' #All American TV Show in 1973, Frizzell signed a contract with Capitol and recorded two modest hits, Words Don't Come Easy and Take Me One More Ride. After some mid-'70s recordings for RSO and MCA, he joined his younger brother Allen and Allen's wife Shelly West on a tour around the Southwest.

David and West recorded some material, and their single You're the Reason God Made Oklahoma was included on Clint Eastwood's 1981 film #Any Which Way You Can; it topped the country chart early that year. A Texas State of Mind hit number nine in June, and the duo closed out 1981 with Husbands and Wives, a Top 20 hit. The following year, Frizzell and West hit the Top Ten again on the strength of Another Honky-Tonk Night on Broadway and I Just Came Here to Dance. They won numerous Duo of the Year awards beginning that year.

Jump started by his duet success, Frizzell hit number one as a solo act in 1982 with I'm Gonna Hire a Wino to Decorate Our Home, from Family's Fine, but This One's All Mine. His next two singles, Lost My Baby Blues and Where Are You Spending Your Nights These Days, hit the Top Ten during 1982-1983. He recorded only one more Top 40 single, A Million Light Beers Ago, but Frizzell and West had back-to-back hits in 1984: Silent Partners and It's a Be Together Night. Frizzell continued to record during the '80s, for Nashville America, Compleat, and BFE. ~ John Bush, Rovi 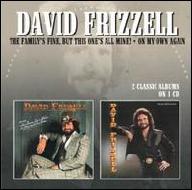 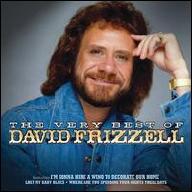 The Very Best Of David Frizzell
2009 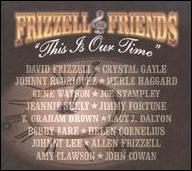 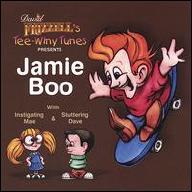 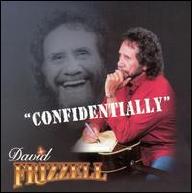 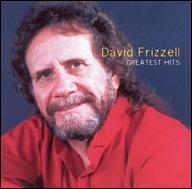 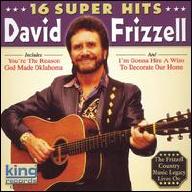