Close
Of Montreal
from Athens, GA
formed January 1, 1996 (age 25)
Biography
The brainchild of multifaceted musician Kevin Barnes, Of Montreal was among the second wave of bands to emerge from the sprawling Elephant 6 collective in the 1990s. A style-shifting, influence-assimilating songwriter with a notably wordy lyrical style and formidable vocabulary, Barnes debuted the project with a tuneful lo-fi sound indebted to the psychedelic pop of the Beatles on 1997's Cherry Peel. With a rotating membership, Of Montreal went on to experiment further with '60s psychedelia on albums including 1999's The Gay Parade, eventually traversing more expansive indie pop (2004's Satanic Panic in the Attic), darker glam (2007's Hissing Fauna, Are You the Destroyer?), and indie electro-funk (2010's False Priest). Their highest-charting album, False Priest, reached number 34 on the Billboard 200. The group's 11th album, 2012's Paralytic Stalks, took their increasingly intricate psych-pop to new levels of density before the following year's Lousy with Sylvianbriar presented an unpredictably straightforward folk-rock. Still defying expectations, 2015's Aureate Gloom delved into proto-punk inspirations. Along the way, Of Montreal managed to gain a reputation for both sinuous musical modes and sharp pop hooks, and for lyrics that navigate detached (if warped) observation, personal heartbreak, and incisive sociopolitical commentary. Also a beloved live act known to employ elaborate costumes, role-playing, props, and supporting cast members on some tours -- and encouraging audiences of all persuasions -- Of Montreal issued the career-spanning live set Snare Lustrous Doomings in 2015. With Barnes' personal life influencing the project's musical whims more and more with time, Of Montreal's 16th studio album, 2020's Ur Fun, was a solo effort that reflected relationship stability with a club-friendly dance-rock.

A native of Athens, Georgia, Barnes was inspired to form the euphoric indie pop group in the wake of a broken romance with a woman from Montreal. Barnes signed with Bar/None Records while living in Florida, subsequently moved to Cleveland and Minneapolis in search of compatible bandmates, and finally returned home to collaborate with bassist Bryan Helium (also a member of Athens' Elf Power) and drummer Derek Almstead.

Of Montreal's debut album, Cherry Peel, appeared in mid-1997, followed later in the year by an EP entitled The Bird Who Continues to Eat the Rabbit's Flower. From the start, the band buoyed their bright, flamboyant indie pop sound with elements of psychedelia and vaudeville. After Helium left the group in 1998 to focus on Elf Power full-time, Almstead assumed bass duties, while keyboardist Dottie Alexander and drummer Jamie Huggins both joined the lineup. Nevertheless, the band's second album, 1998's The Bedside Drama: A Petite Tragedy, was recorded primarily as a Barnes solo project.

Multi-instrumentalist A.C. Forrester signed on for 1999's sublime The Gay Parade, while the retrospective album Horse Elephant Eatery followed in the spring of 2000. The group continued with the release of Coquelicot Asleep in the Poppies: A Variety of Whimsical Verse in April 2001 and Aldhils Arboretum in September 2002, both of which were issued by the Georgia-based label Kindercore Records. With the subsequent folding of Kindercore, the departures of multi-instrumentalist Andy Gonzales and Almstead, and Barnes' marriage, 2003 proved to be an up-and-down year for the group. Barnes' wife, Nina, joined Of Montreal's lineup as they signed to Polyvinyl Records and delivered one of the project's most celebrated records, Satanic Panic in the Attic, in early 2004.

The following year found Barnes exploring a bouncier, synth-driven avenue with the release of Sunlandic Twins, but things began to get complicated in their personal life at the same time. Barnes and their wife moved to Norway for the birth of their baby. Deprived of familiar touchstones, Barnes fell into a deep depression and, upon returning to the States, continued to travel progressively downhill. The couple separated for a time, and the new mother returned to her family in Norway with their daughter. Through the emotional turmoil, Barnes concocted what was to be their darkest, most personal, and ambitious album yet -- Hissing Fauna, Are You the Destroyer? -- in 2007. It became their commercial breakthrough, peaking at number 72 on the Billboard 200.

Arriving one year later, Skeletal Lamping furthered that ambitious sound by emphasizing Barnes' outrageous alter ego "Georgie Fruit," whose influence pushed the album toward funk and prog territory. It cracked the Top 40 of the U.S. album chart. An Eluardian Instance (Jon Brion Remix EP) followed in early 2009, featuring five remixed tracks from the previous album. Climbing to a career-high 34 on the Billboard 200, Of Montreal's tenth studio release, False Priest, arrived the following year with cameos from fellow genre-hoppers Janelle Monáe and Solange Knowles. Songs written for that album but not used saw the light of day in April 2011 with the release of an EP entitled thecontrollersphere. The following year, Barnes revisited the raw emotion of Hissing Fauna with the album Paralytic Stalks, exploring themes of self-loathing, revenge, and romantic turmoil to create Of Montreal's most personal offering to that point. At the end of 2012, the band issued the Daughter of Cloud compilation, a collection of unreleased B-sides and outtakes from 2008 to 2011.

Arriving in 2013, the full-length Lousy with Sylvianbriar was a huge departure for Barnes' project, finding them recording live to tape with a host of studio musicians, making an album's worth of roots rock-styled compositions indebted to the influence of Neil Young, the Rolling Stones, and other '70s FM radio superstars. After separating from their spouse of ten years and touring heavily into 2014, Barnes took a two-week break in New York City in the spring and wrote much of the material for their 13th record, Aureate Gloom. The history of the '70s CBGB music scene and the aftermath of their separation inspired the album's raw, confessional lyrics and punk rock edge. Recorded at Sonic Ranch Studios outside of El Paso, Texas, with the same core group of musicians as Lousy with Sylvianbriar -- keyboardist Jojo Glidewell, guitarist Bennett Lewis, bassist Bob Parins, and drummer Clayton Rychlik -- it was released in early 2015. The group's first live recording, the 19-track Snare Lustrous Doomings, which captured October 2014 performances in Portland and San Francisco with the same lineup, was released later in 2015.

The following year saw Barnes and company embrace updated, synth-infused glam pop for Innocence Reaches, their 14th studio album and ninth with Polyvinyl. The Rune Husk EP appeared in 2017, and found them returning to a more classic '70s style of glitter rock, but Of Montreal quickly re-embraced synths on 2018's White Is Relic/Irrealis Mood. It took inspiration from the practice of releasing extended dance mixes of pop singles in the '80s. Barnes followed that with a hits-minded dance-rock on 2020's Ur Fun, which, except for backing vocals by partner Christina Schneider (Locate S,1), was performed and recorded by Barnes alone at their Athens home studio. ~ Jason Ankeny & Marcy Donelson, Rovi 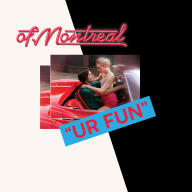 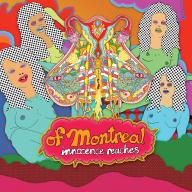 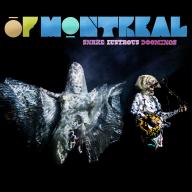 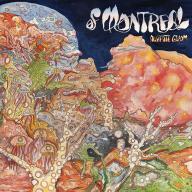 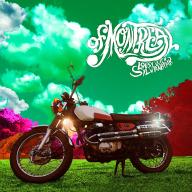 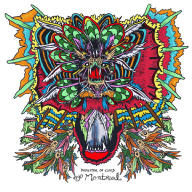 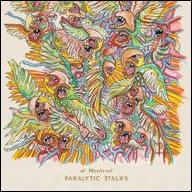 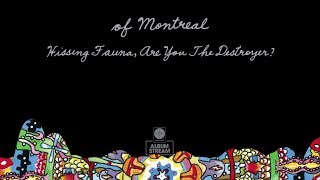 of Montreal - Hissing Fauna, Are You The Destroyer? [FULL ALBUM STREAM] 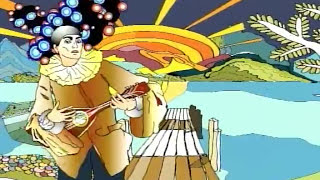 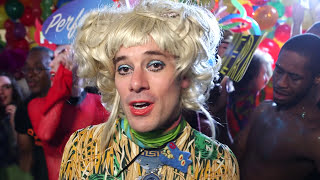 of Montreal - it's different for girls [OFFICIAL MUSIC VIDEO] 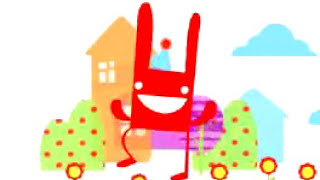 of Montreal - Wraith Pinned to the Mist [OFFICIAL MUSIC VIDEO] 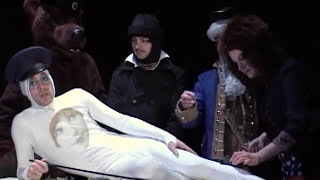 of Montreal - Heimdalsgate Like A Promethean Curse [OFFICIAL MUSIC VIDEO] 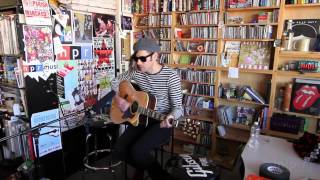 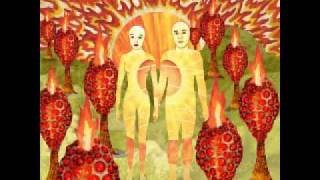 of Montreal - The Party's Crashing Us [OFFICIAL AUDIO]
Available here: