Close
Lenny Kaye
Biography
Wearing the hats of critic, musician, compiler, and producer over the course of his long career, Lenny Kaye is an undervalued contributor to the genesis of punk rock. As guitarist of the Patti Smith Group, Kaye's primitivist noise and capacity for loosely structured improvisation made him the perfect accompanist for punk pioneer Smith's earthy free-verse poetry. With his work assembling and annotating Nuggets, the seminal double-LP compilation of '60s garage rock and psychedelia, Kaye also united and codified a musical movement that had mostly slipped under the radar, and exerted a powerful influence on punk and its back-to-basics, D.I.Y. spirit.

Kaye was born and raised in New Brunswick, NJ, and as a teenager played in the sort of garage band later documented on Nuggets. Under an alias, Kaye fronted the local combo Link Cromwell the Zoo, which recorded a psychedelic/folk/garage single in 1965 titled Crazy Like a Fox. Eventually, Kaye began working in a record store on Bleecker Street and writing magazine articles on rock roll. An essay on doo wop for Jazz Pop magazine caught the attention of Patti Smith, who sought Kaye out at the record store and, in February 1971, asked him to accompany her spoken-word performance at St. Mark's Church (their first collaboration). The following year, Nuggets was released by Elektra Records and caused a complete re-evaluation of '60s garage band music, which had never before been viewed as a well-defined movement with lasting value.

In late 1973, Smith and Kaye decided to turn their previous poet/accompanist partnership into full-fledged music; they soon put together the Patti Smith Group, issuing the groundbreaking debut album Horses in 1975. After a total of four studio albums, Smith retired from performing and disbanded the group in 1979. Kaye had been keeping up his writing career, most prominently working with David Dalton on the 1977 rock encyclopedia -Rock 100; out on his own, he formed a new band, called the Lenny Kaye Connection, in 1980. Their only album, I've Got a Right, was released in 1984 on the small Giorno Poetry Systems imprint; the same year, Kaye officially joined poet/rocker Jim Carroll's backing band, having worked with Carroll on an occasional basis in the past (the two continued to collaborate even after the band broke up). Kaye also began to move into record production, co-producing the first two Suzanne Vega albums (1985's Suzanne Vega and 1987's breakthrough Solitude Standing); he later went on to helm albums like James' Stutter (1986), Soul Asylum's Hang Time (1988), Kristin Hersh's Hips and Makers (1994), and Throwing Muses' University (1995). Also in the mid-'80s, Kaye played steel guitar with Eugene Chadbourne, and taught a course on rock history at Rutgers University in 1986.

In 1996, Kaye returned to Patti Smith's backing band when she mounted a comeback with Gone Again; he continued on as her chief collaborator as she resumed a regular recording schedule. Kaye also assisted Waylon Jennings in the writing of his autobiography, and continued his career as a rock journalist. ~ Steve Huey, Rovi 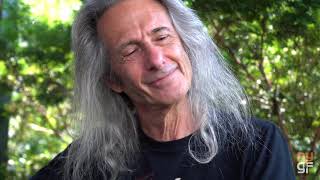 A visit with Lenny Kaye 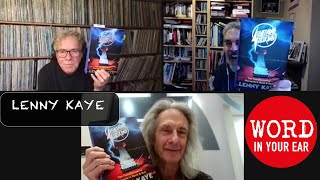 Lenny Kaye nails some moments “when the universe shifted” 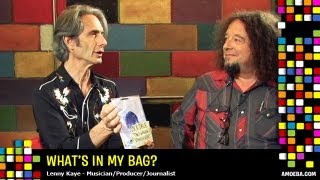 Lenny Kaye - What's In My Bag? 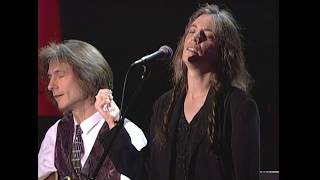 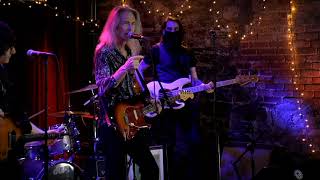 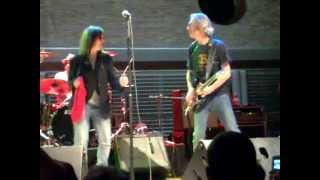 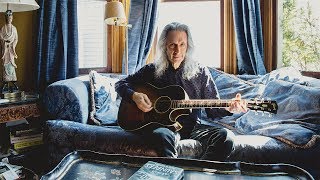