Close
Jan Garbarek
from Mysen, Norway
March 4, 1947 (age 74)
Biography
Since the release of Afric Pepperbird in 1970, no other musician save for pianist Keith Jarrett has been as closely associated with ECM Records as Norwegian saxophonist Jan Garbarek. His playing style on both tenor and soprano horns is identified by a sharp-edged tone and long, sustained notes that often sound like cries; he prioritizes the use of space and silence. In addition to jazz, Garbarek fits his playing into a diverse array of forms, including Norwegian and South American folk songs, improvisations based on medieval polyphony, and music from the Indian subcontinent and Middle East. Witchi-Tai-To, released in 1974, has earned the distinction of being one of the finest dates in ECM's catalog. During the late '70s and early '80s, he utilized a number of American guitarists on his albums: Photo with Blue Sky… (Bill Connors), Eventyr (John Abercrombie), Paths, Prints and Wayfarer (Bill Frisell), and It's OK to Listen to the Gray Voice (David Torn). During the '90s and into the 21st century, his collaborations outnumbered his solo releases. They included Ragas and Sagas with Ustad Fateh Ali Khan and the best-selling Officium with the Hilliard Ensemble; the latter was the first of four albums with the group and proved a cornerstone in classical crossover. In 1998, to celebrate his 30th anniversary with ECM, Garbarek issued the double-disc Rites. In 2014, he and the Hilliard Ensemble played their final shows; a document from the tour, Remember Me, My Dear was released in 2019.

Jan Garbarek was born in Mysen, Norway, in 1947, the only child of a WWII Polish prisoner of war and a farmer's daughter from Norway. He was raised in Oslo, but stateless for the first seven years of his life: no automatic citizenship or sanctioned residency was offered at that time. At 14, he heard John Coltrane on the radio, prompting an epiphany: He immediately bought a saxophone instruction book and learned fingering positions before he even had a horn. When he did get one, he took to it like water. By 1962, he'd won a competition for amateur jazz players and formed his own band. Knowledge of Coltrane's interest in Ravi Shankar brought Garbarek to an awareness of Indian music as early as 1963. From the Coltrane Quartet, he learned much about leading a band. Coltrane's appreciation and support for the freest spirits of "the New Thing" inspired the young saxophonist's appreciation for Pharoah Sanders, Archie Shepp, and most notably, Albert Ayler. Scandinavia was a haven for American musicians at the time. Garbarek was able to see, hear, and learn from Dexter Gordon, Ben Webster, and Johnny Griffin. In 1964, he played with Don Cherry, whose embrace of world folk traditions in free jazz proved a significant influence as well. Most important in this formative period was a four-year association with American composer and pianist George Russell. In 1969, the saxophonist's group (that also included guitarist Terje Rypdal, bassist Arild Andersen, and drummer Jon Christenson) cut an album produced by Russell. That same year, Garbarek was invited by ECM's Manfred Eicher to join the fledgling label's roster; his classic debut, Afric Pepperbird, was released in 1970. In 1971, George Russell Presents the Esoteric Circle was released by Bob Thiele's Flying Dutchman label.

Garbarek also worked in the U.S. with Cherry and Jarrett in 1970. In 1971, the saxophonist issued his ECM follow-up with the same quartet as its predecessor, but also added pianist Bobo Stenson. The same group appeared on Rypdal's leader debut for the label that year. In 1973, the saxophonist released the trio offering Triptykon with Andersen on bass and drummer Edward Vesala. Over the next three years, Garbarek appeared on a handful of Russell's recordings as well, including Electronic Sonata for Souls Loved by Nature and The Essence of George Russell; he also joined Jarrett's European quartet for its ECM debut, Belonging, in 1974. This was the same year that the Jan Garbarek-Bobo Stenson Quartet with Palle Danielsson and Jon Christensen released Witchi-Tai-To. Though originally booked as a trio recording under Stenson's name, he and Garbarek jammed together informally during the 1973 Polish Jazz Jamboree in Warsaw (a place the saxophonist had been playing since 1966) and got on well, evolving into a quartet. The legendary album was comprised almost entirely of covers by Jim Pepper, Carla Bley, Don Cherry, and Carlos Puebla. It registered not only with jazzheads, but college students across the globe. In the aftermath, Garbarek released a series of collaborative dates including Red Lanta with Art Lande, Luminescence and Arbour Zena with Jarrett, and Solstice and Solstice/Sound and Shadows with Ralph Towner. The Stenson-Garbarek quartet delivered their follow-up, Dansere, in 1976.

In 1977, Dis appeared. The set was unusual in that Garbarek, who played tenor and soprano saxophones and a wood flute, was accompanied by Towner on 12-string and the sound of a windharp placed on sea-facing cliffs, drawing the wind itself into the recording. This set also proved a landmark in Garbarek's career: It was his first outing to take a decidedly inward approach to composition and improvisation. Garbarek worked as a sideman for much of the rest of the decade, appearing on Kenny Wheeler's Deer Wan, Jarrett's My Song, guitarist Bill Connors' Of Mist and Melting, and Egberto Gismonti's Sol Do Meio Dia. He released two more albums under his own name as well, 1978's Places with drummer Jack DeJohnette, pianist John Taylor, and Connors, and 1979's Photo with Blue Sky, White Cloud, Wires, Windows and a Red Roof, the official debut offering from the Jan Garbarek Group.

As the '80s got underway, the saxist's connection to Gismonti yielded a pair of trio dates that also shared name recognition with bassist Charlie Haden: Magico in 1980 and the charting Folk Songs in 1981. The saxophonist's Paths, Prints with Bill Frisell, Eberhard Weber, and Christensen appeared in 1982. Dates with cellist David Darling (Cycles) and bassist Gary Peacock (Voice from the Past: Paradigm) followed before the Jan Garbarek Group issued the widely acclaimed Wayfarer in 1983. Garbarek was a core contributor to L. Shankar's Vision the following year. In 1985, Garbarek played on no less than five outings, including Shankar's Song for Everyone and his own It's OK to Listen to the Gray Voice -- marking the first ECM appearance by guitarist David Torn -- and another date with Gismonti for EMI entitled Trem Caipira. In 1987, the saxophonist issued All Those Born with Wings. Recorded completely solo, it featured Garbarek on saxophones, flutes, percussion, stringed instruments, and keyboards. A year later he marked his initial collaboration with Greek composer Eleni Karaindrou, followed by session work with Peacock, Zakir Hussain, and Jarrett.

Garbarek kicked off the '90s in many places at once. First, I Took Up the Runes explored modern improvisational approaches to Scandinavian folk songs and included startling originals. Accompanied by pianist Rainer Brüninghaus, bassist Weber, drummer Manu Katché, percussionist Naná Vasconcelos, synthesist Bugge Wesseltoft, and vocalist Ingor Ánte Áilo Gaup, its most notable track was a cover of Mari Boine Persen's Sami anthem "Gula Gula." The set also featured the saxophonist's five-part Molde Canticle suite. The following year, Garbarek was firmly back in the jazz camp with the trio date Star alongside drummer Peter Erskine and bassist Miroslav Vitous. His early work with Karaindrou was reissued on her debut ECM collection, Music for Films. In 1992, Garbarek's family came into view: He was a featured soloist on his daughter Anja Garbarek's debut album, Velkommen Inn, and his wife, author Vigdis Garbarek's audiobook Stemmer. He also worked with Ustad Fateh Ali Khan and a band of Pakistani singers and players on Ragas and Sagas. In 1993, the saxophonist was all over the place: He and Vitous issued the duo set Atmos, and the Jan Garbarek Group released the acclaimed Twelve Moons. But it was Officium, with the Hilliard Ensemble, that changed the landscape. Employing the celebrated group's approach to medieval polyphony with saxophone improvisations in a program of songs dating from as far back as the 14th century, the album resonated with jazz and classical fans alike, as well as with ambient and rock listeners. Followed by a tour, it became a cornerstone in the classical crossover genre. After a collaboration with Brahem and Shaukat Hussain on Madar in 1996, Garbarek went back to his own interior explorations with Visible World, but this time he employed a selective group of other players. In 1997, Garbarek appeared as a guest soloist on the track Night Prayers on composer Giya Kancheli's ECM breakthrough, Caris Mere, conducted by Dennis Russel Davies with the Stuttgarter Kammerorchester. The saxophonist closed the decade, and the century, by releasing his magnum opus, the double-length Rites in 1998. For this date he led a quintet of Brüninghaus, Weber, drummer percussionist Marilyn Mazur, and keyboardist/electronicist Bugge Wesseltoft. It was a summation of all of Garbarek's work to date, included a tribute to Don Cherry, and reworkings of his own "It's OK to Listen to the Gray Voice" and "So Mild the Wind, So Meek the Water." It featured abundant references to world music, from Norway to India, as well as a setting -- for voices and saxophone -- of a Native American poem, and the surprise inclusion of Jansug Kakhidze's "The Moon Over Mtatsminda," sung by its composer with the Tbilisi Symphony Orchestra.

Garbarek appeared only on others' recordings for the next few years (Vitous' celebrated Universal Syncopations among them) and didn't issue a date of his own until 2004's In Praise of Dreams. On it, Garbarek handled most of the instruments himself. The set's only other players on the recording were violist Kim Kashkashian and drummer Manu Katche. That same year he guested on Monodia by pianist Tigran Mansurian and Kashkashian. He also played on Katche's solo effort, Neighborhood, in 2005, and his daughter Anja's Briefly Shaking. In 2008 he was percussionist/drummer Mazur's only accompanist for her provocative breakthrough Elixir. A year later, ECM released the first live album by the Garbarek Group. Dresden was a double-disc set that included new and earlier work played by a quartet that included Katche, Bruninghaus, and bassist Yuri Daniel.

In 2010, the saxophonist and the Hilliard Ensemble collaborated again, this time on Officium Novum. While their first effort offered music from the 14th and 15th centuries, and their sophomore outing Mnemosyne contained music of a more contemporary variety, this outing was comprised of music of a distinctly Eastern sensibility. Its primary focus was on compositions written or adapted by Armenian composer Komitas Vardapet (1869-1935). The album was more successful commercially than either of its predecessors and placed near the top of classical, jazz, and crossover charts. Two years later, ECM issued a series of archival recordings that included the saxophonist: First, a stunning 1981 live performance by Gismonti, Garbarek, and Haden entitled Magico: Carta de Amor. It was followed by Sleeper from a 1979 gig by Jarrett's European quartet, and finally, Weber's Resume, consisting of live performances between 1990-2007. The following year, the label released Eleni Karaindrou's retrospective, Concert in Athens, which was recorded in 2010. Garbarek appeared on more than half of the album's 18 selections. The saxophonist was part of the celebration for Weber that occurred on 2015's Hommage a Eberhard Weber, a live concert attended and performed by a wide range of admiring artists including Pat Metheny, Gary Burton, Michael Gibbs, Scott Colley, the SWR Big Band, and many others. He also performed on Anja's The Road Is Just a Surface in 2018. The following year, ECM, as part of its 50th anniversary celebration -- and also of the saxophonist's signing with the label -- released Remember Me, My Dear, a live effort from Garbarek with the Hilliard Ensemble, recorded during their 2014 farewell tour. ~ Thom Jurek, Rovi 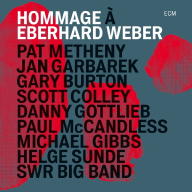 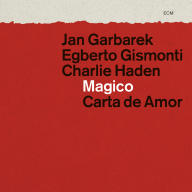 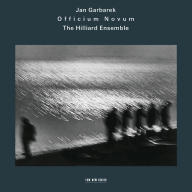 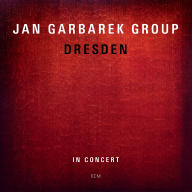 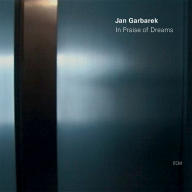 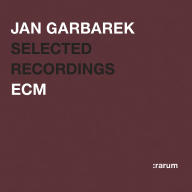 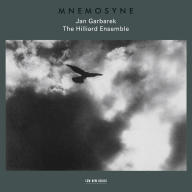 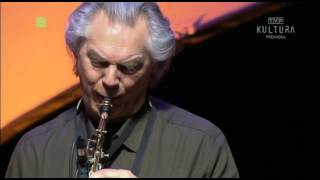 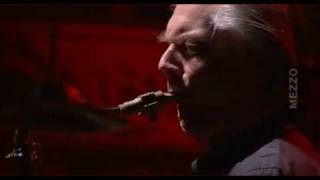 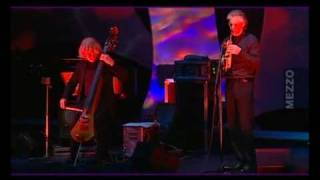 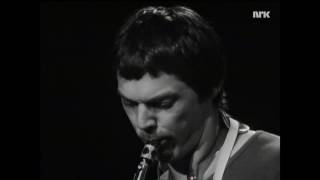 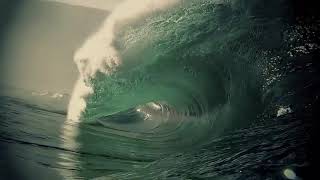 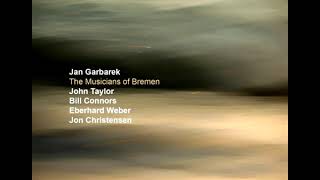 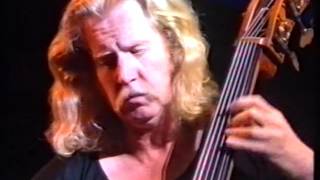