Close
Hoyt Axton
from Duncan, OK
March 25, 1938 - October 26, 1999 (age 61)
Biography
First rising to prominence as a songwriter, Hoyt Axton carved out successful careers as a singer and actor as well; rooted equally in country, folk and pop, his gravelly baritone and wry, earthy songs projected an uncommon wit, warmth, and optimism, yielding a consistently engaging body of work extending across four decades. Axton was born March 25, 1938 in Duncan, OK, the son of a naval officer and his English teacher wife. Raised primarily in Jacksonville, FL, he studied classical piano as a child before switching to guitar, writing his first songs at 15. Despite the musical impact of his mother, Mae Boren Axton -- the co-author of Elvis Presley's landmark 1956 chart-topper Heartbreak Hotel -- he initially pursued a career in athletics, attending Oklahoma State University on a football scholarship before serving a stint in the navy. From there Axton relocated to San Francisco, performing at local folk clubs and in 1962 writing his first hit, the Kingston Trio's Greenback Dollar. Later that year he issued his first album, The Balladeer, a live effort recorded at the Hollywood nightspot the Troubadour; a concurrent appearance on the television western #Bonanza also launched his acting career.

Axton resurfaced in 1963 with Thunder 'N Lightnin', followed later that year by Saturday's Child; around that same time one of his best friends suffered a fatal drug overdose, inspiring his song The Pusher, a hit for the rock band Steppenwolf subsequently included on the soundtrack to the film #Easy Rider. Despite his success as a songwriter, Axton's performing career failed to catch fire, and after 1965's Sings Bessie Smith he was without a recording contract for several years before signing to Columbia in 1969 to issue My Griffin Is Gone. While opening for Three Dog Night in support of the album, the band heard his composition Joy to the World -- their recording of the song topped the pop charts in the spring of 1971 -- and early the following year they returned to the Top Ten with Axton's Never Been to Spain. He signed to AM to release 1973's Less Than the Song; the follow-up, Life Machine, launched two of his biggest solo hits, the lovely When the Morning Comes (a duet with Linda Ronstadt) and Boney Fingers. In 1975, Ringo Starr also notched a Top Three smash with Axton's The No No Song.

Following the much-acclaimed 1977 album #Snowblind Friend, Axton completed his deal with MCA with the release of Free Sailin'; he then formed his own label, Jeremiah Records, and with 1979's A Rusty Old Halo scored his biggest solo hit with the classic Della and the Dealer. In the wake of appearances on dozens of television series including #I Dream of Jeannie and #McCloud, he landed his first major film work that same year in the acclaimed family drama #The Black Stallion; Axton's subsequent movie roles included co-starring appearances in projects including 1983's #Heart Like a Wheel, 1984's #Gremlins, and 1989's #We're No Angels. After 1982's Pistol Packin' Mama, Jeremiah folded, and Axton was noticeably absent from recording until issuing the comeback album Spin of the Wheel in 1990. The LP was Axton's last major new release, however, and in 1996 he suffered a stroke; his health continued to decline, and after a series of heart attacks he died October 26, 1999 at the age of 61. ~ Jason Ankeny, Rovi 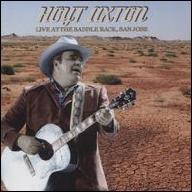 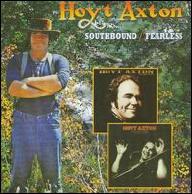 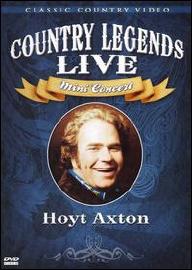 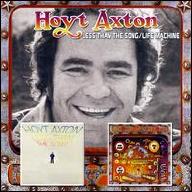 Less Than the Song/Life Machine
2007 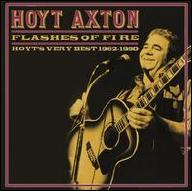 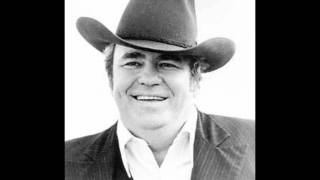 Della and the Dealer-Hoyt Axton 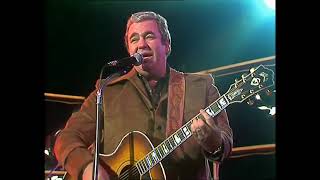 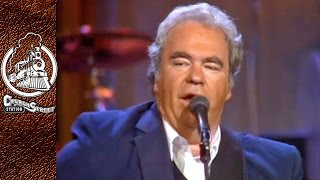 The Life and Sad Ending of Hoyt Axton 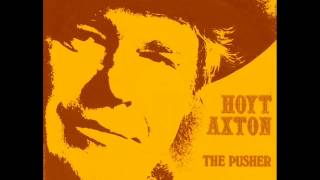 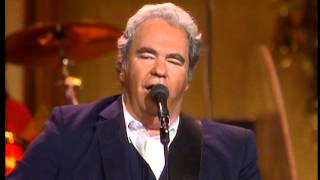 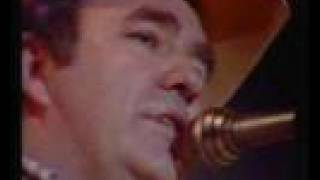