Her stylistic change would come not long after she finished high school, when Cynthia Robinson, who played trumpet for Sly Stone in his live revue, happened across Windsong as they rehearsed in the Silva's garage one day in 1974. Enamored with Dawn's utterly outstanding vocal prowess, Robinson extended an invitation for her to audition for Stone's band. Silva, however, was reluctant and it would be over a year before she finally accepted Robinson's offer.

Coming into the Sly Stone camp in 1975, Silva made her recorded debut singing backing vocals on Stone's High on You LP. Sticking with the band, she hit the road in 1976, appearing alongside Stone's cousin Lynn Mabry with the Family Stone when they toured as special guests on P-Funk's fall U.S. tour. At seemingly loose ends when Stone himself dropped out of the outing after just a handful of dates, Silva accepted George Clinton's offer to join his band instead and the same offer was also extended to Mabry.

Silva would remain an integral member of the P-Funk family for the next seven years, contributing memorable vocals to both live and recorded performances. She is especially impressive on 1977's hit LP Funkentelechy Vs. the Placebo System, the set that spawned Flashlight, a song that remains one of the best-loved Clinton songs, period.

While Clinton appreciated having the electrifying pairing of Silva and Mabry in the background, he had other things in mind for them: a new band of their own, the Brides of Funkenstein. Silva herself learned of this unexpected development a mere week before the Brides were signed to Atlantic. Work immediately began on the fledgling group's debut LP, the duo adding vocals to a selection of instrumental outtakes from both the P-Funk and Bootsy Collins archive. Funk or Walk was released in fall 1978 to critical acclaim, earning the duo a Top 20 RB hit.

Silva would continue with the Brides into the early '80s with near nonstop touring and recording dominating her time throughout the rest of the 1970s and the second Brides LP, Never Buy Texas From a Cowboy, was released in 1979. By the end of the 1970s, however, the P-Funk empire was in chaos and, although the Brides continued to tour, they disbanded shortly after shows in Japan in 1981.

Out of that loop, Silva quickly found her footing when she linked up with fellow funkers the Gap Band as they began imbibing their own traditional funk sounds with the electronics of the rock new wave, a direction the Brides themselves had been moving in and even planning at one stage to tour with Lene Lovich. Initially joining the Gap Band's live revue, Silva made her studio debut with the group on the 1983 The Gap Band V: Jammin' LP.

She was also kept quite busy across several collaborations with Roy Ayers, Crystal Waters, and Eurythmics, as well as hip-hop artists Coolio and Ice Cube. When her session work permitted, Silva continued to develop her own material, although an album planned for release through Polygram late in the decade was canceled.

Silva disappeared from view for much of the 1990s, returning to the limelight first as a backing vocalist for Bernie Worrell on his U.S. tour. With her sound now as much influenced by contemporary RB and hip-hop as her own classic funk roots, Silva then re-emerged in 2000 with her first solo album -- and one of the finest funk albums in a decade -- the self-released All My Funky Friends.

An immediate success at home, the album also found widespread support in Europe, keeping Silva busy with gigs and festival appearances for much of the next two years. Work began on her second album early in 2002. ~ Amy Hanson, Rovi 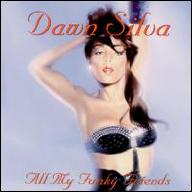 All My Funky Friends
2000
Videos
Close 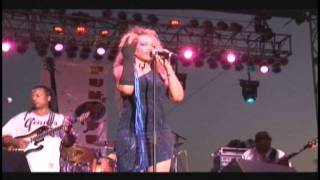 Dawn Silva & The BRIDES Of FUNKENSTEIN/OnTheOne_Promo 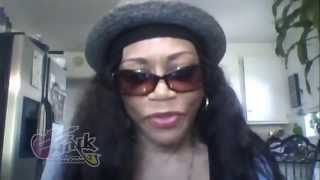 Dawn Silva of the "Brides of Funkenstein" interview w/TheFunkcenter. 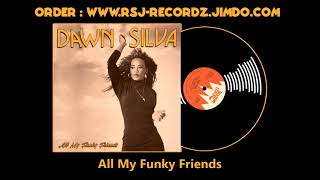 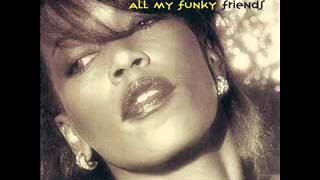 Dawn Silva - I'd Rather Be With You 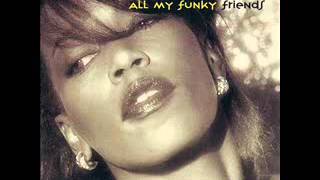 Dawn Silva - As Long As It's On The One 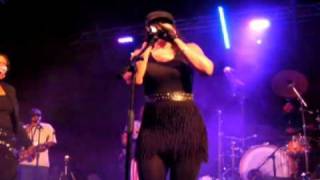 Dawn Silva & The Brides of Funkenstein / One Nation Under a Groove 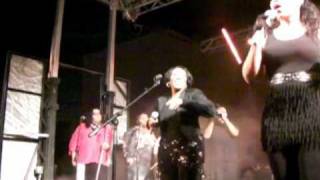