Close
Dallas Frazier
from Spiro, OK
October 27, 1939 (age 80)
Biography
One of country's most enduring songwriters, Dallas Frazier was born on October 27, 1939, in Spiro, Oklahoma. Raised in Bakersfield, California, he was skilled on a number of musical instruments by the age of 12; while still in his teens, he became a featured member of Ferlin Husky's band, cutting his first solo single, Space Command, in 1954. Soon after, he was named a regular on the Hometown Jamboree program, where he was often paired with fellow teen star Molly Bee.

In 1957, Frazier scored a hit with a cover of the Hollywood Argyles' Alley Oop. When Hometown Jamboree was canceled at the end of the decade, he moved to Nashville to work as a songwriter, composing Husky's 1964 hit Timber I'm Falling. Two years later, his career caught fire; in addition to releasing his own debut album, Elvira, he penned three huge hits -- Jack Greene's There Goes My Everything, Connie Smith's Ain't Had No Lovin', and George Jones' I'm a People. In 1967, Frazier released Tell It Like It Is, although his biggest success came on the pop charts, via Engelbert Humperdinck's rendition of There Goes My Everything.

As the decade drew to a close, Frazier's songs remained popular fodder for other artists; in addition to supplying more hits for Jones, Greene, and Smith, his compositions were recorded by the likes of Willie Nelson, Brenda Lee, Charley Pride, and Merle Haggard, who included three Frazier songs on his 1968 LP The Legend of Bonnie Clyde. His success only increased in the '70s; in addition to generating a pair of solo records -- 1970's Singing My Songs and the following year's My Baby Packed Up My Mind and Left Me -- Frazier became one of Nashville's most sought-after writers, composing hits for Elvis Presley, Moe Bandy, Roy Head, Rodney Crowell, and Ronnie Hawkins as well as frequent collaborators like Husky, Pride, and Greene. In 1972, he joined Smith for three cuts on her LP If It Ain't Love ( Other Great Dallas Frazier Songs).

Frazier's songs continued to hit the charts well into the '80s; his Elvira was a tremendous crossover smash for the Oak Ridge Boys, while Emmylou Harris topped the charts with Beneath Still Waters. Even younger artists like George Strait, Randy Travis, and Patty Loveless found success with his compositions. In 1988, however, Frazier retired from songwriting, leaving Nashville to pursue a career in the ministry. From 1999 to 2006, he was Pastor at Grace Community Fellowship in White House, Tennessee. After retiring as pastor in 2006, Frazier returned to his recording career. In 2011, he released the album Writing Singing Again. ~ Jason Ankeny, Rovi 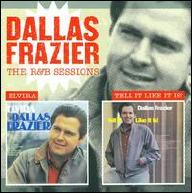 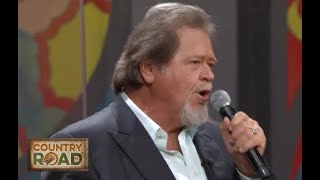 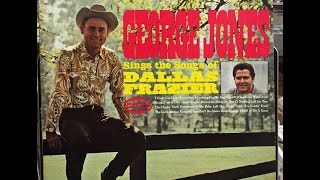 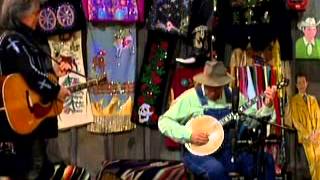 Dallas Frazier - - - There Goes My Everything 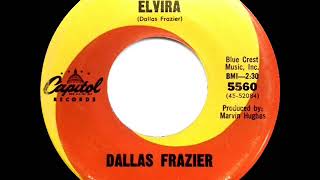