Close
Freddy Cannon
from Lynn, MA
December 4, 1940 (age 80)
Biography
In looking back over the history of rock roll, the sad fact remains that very few of its original practitioners stayed true to its original big beat vision. Some made a handful of brilliant sides before broader horizons -- television or the movies -- beckoned. Others were rockers in name only, pop singers who couldn't wait to shimmy into a tuxedo, trading in stomp'n'shout hysteria for the more "respectable" future of dispensing supper club schmaltz. But Freddy Cannon was a true believer, a rocker to the bone. Freddy Cannon made rock roll records; great noisy rock roll records and all of them were infused with a gigantic drum beat that was an automatic invitation to shake it on down anyplace there was a spot to dance. Freddy Cannon remained true to the beat and made some really great fun rock roll records in the bargain. Because of the time frame he enjoyed his biggest successes in -- the late '50s to the mid-'60s -- Cannon is wrongly lumped in with the "Bobbies and Frankies" that proliferated during that era. But a quick listen to any of his finest records -- all to be found on Rhino's The Best of Freddy Boom-Boom Cannon collection -- quickly dispels any preconceived notions of him being a pretty-boy teen idol no-talent.

Cannon could genuinely rock and on two of his very best records -- Talahassee Lassie and Buzz-Buzz-A-Diddle-It -- Freddy Cannon supplies his own electric rhythm guitar, with his scrappy work on the latter record being particularly effective. His records were masterminded by producers Bob Crewe and Frank Slay, all well-constructed discs with every thump of the big beat and every vocal "woo" out of Cannon perfectly placed and timed for maximum impact. Hits like Way Down Yonder in New Orleans, Action, and Palisades Park may be "slicker" records than the two mentioned above, but they still possess an enormous vitality and commitment to rock roll; few others could bring an old chestnut like Way Down Yonder in New Orleans into the modern age with a straight face. Cannon's immense energy and contagious style make these noisy, very exciting records well worth investigating.

He was born Frederico Anthony Picariello in 1940 and grew up in the nearby Boston suburb of Lynn, MA. He got hit by the big beat early, but it helped having parents who had more than a passing interest in music; his dad blew trumpet, sang, and fronted local combos as Freddy Karmon while his mother's penchant for amateur songwriting would hand him the genesis of his first hit. Young Freddy soaked up the rhythm blues of Big Joe Turner and the jump blues of bands like Buddy Johnson on the radio. But it was the guitar music of Chuck Berry that made the most lasting impression. As Cannon once said, "Give me four of five guys who can play hard and in the pocket and to me, you've got a rock roll show." This stripped, down-to-basics motto became his credo, even when surrounded by big, brassy bands, singing old tunes his father had sung; in a time frame full of phony baloney teen idols, Freddy Cannon always remained a true rock roller.

Like most American teenagers at the time, Freddy went in search of the new music, which wasn't plentiful back then, despite what revisionist history tells us. He soon threw his lot in -- playing rhythm guitar and singing -- with a group called the Spindrifts and cut his first record, a local almost hit called Cha-Cha-Do. After the group's 15 minutes of local fame had evaporated, our hero formed his first rock roll band, Freddy Karmon the Hurricanes. With himself on rhythm guitar, another guy on sax taking most of the leads, a piano man, and a distant relative keeping the beat, Freddy had his first big beat combo. The record-hop scene in the Boston area was wide open for artists to make a local dent and Cannon and the boys played at every opportunity that came their way. In the meantime, he drove a truck after school, always coming home in time to watch Dick Clark's #American Bandstand every afternoon, wishing he was one of the recordings stars, singing his song on the show.

One afternoon, he arrived home and his mother instructed him to grab his guitar; she had written a poem that she wanted Freddy to set to music. The poem was called Rock and Roll Baby, which our hero put to a stomping, Chuck Berry beat and three-chord rock roll progression. A quickie solo demo eventually found its way into the hands of indie producer Bob Crewe and his partner Frank Slay. Slay and Crewe rewrote the tune's verses and had Freddy Karmon the Hurricanes go into a Boston studio and cut the new version as Tallahassee Lassie. Even with local guitar twanging hotshot Kenny Paulsen brought into the lineup as a ringer, the record was only 75 percent of the way there to being a bona fide hit. After a pre-release acetate hearing at Dick Clark's house, the host of #American Bandstand suggests the addition of a bass drum lick and hand claps in the middle, and back to the studio to overdub went Slay, Crewe, and Freddy. To fill up the remaining holes in the record, Crewe got the singer to go "wooo" at every available opportunity, a vocal gimmick that would soon become a signature trademark. A true piece of 1950s DIY studio craftsmanship and a record that simply rocks from beginning to end like few others, Tallahassee Lassie was his first solo record, his first hit, and the first record under his new name: "Freddy Cannon," newly named by Bernie Binnick, the president of his new record company, Swan Records in Philadelphia.

It was also the birth of a whole new style, a style that belonged to Freddy and his producers, lock, stock, and excitement galore. Following a formula of cutting tunes that named cities or states in the title, Cannon re-stormed the charts with records like Okefenokee, Way Down Yonder In New Orleans, Chattanooga Shoe Shine Boy, and Muskrat Ramble. It is Palisades Park, however, that remains his most enduring hit, a one-shot piece of amateur songwriter genius penned by later-#Gong Show host Chuck Barris under the original title of Amusement Park. It's a certified classic of oldies radio with a razor-sharp double tracked vocal by Cannon and roller-coaster sound effects dubbed in by Crewe as its audio hallmarks. Later chart entries like Humdinger, Transistor Sister, If You Were a Rock and Roll Record, and Teen Queen of the Week, showed that Cannon kept bringing the energy and the big beat at a time when most male singers were insipidly crooning. After leaving Swan with the height of Beatle mania lurking right around the corner, Freddy Cannon kept on rockin', extending his hit streak over to Warner Bros.; with records like Abigail Beecher, Beechwood City, The Dedication Song and providing the theme for Dick Clark's #Where The Action Is!, also appearing in a couple of micro epic rock roll movies along the way. He continued to knock 'em dead as a live act, something he still does today when the mood strikes him on the revival circuit, still capable of bringing the heat when a young band nails the groove behind him. ~ Cub Koda, Rovi 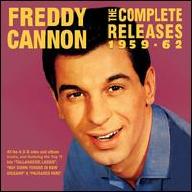 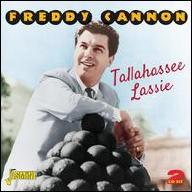 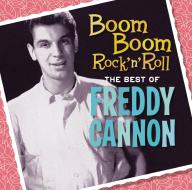 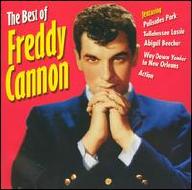 The Best of Freddy Cannon [Collectables]
2003 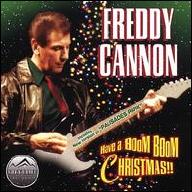 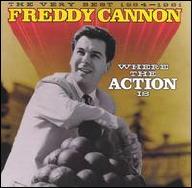 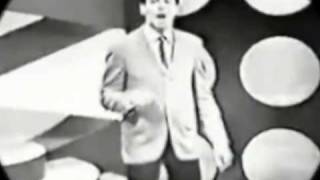 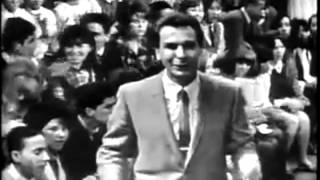 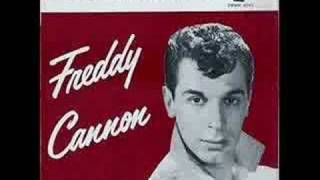 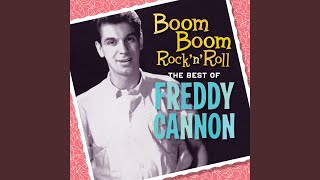 Action (From "Where The Action Is") 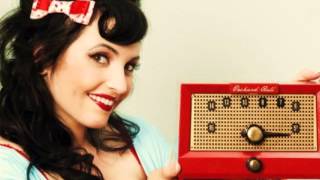 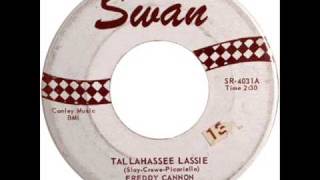 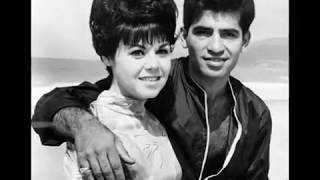 Freddy Cannon "Action" 1965 Theme from Dick Clark's "Where The Action Is" My Extended Version!
Available here: