Close
Larry Campbell
from New York
January 1, 1955 (age 66)
Biography
Larry Campbell is a multi-Grammy-winning multi-instrumentalist, singer, songwriter, producer, and film and television composer. He is a cherished and prolific sideman whose dozens of credits include being the music director for the Levon Helm Band and a member Bob Dylan's Never Ending Tour group from 1997-2004. He has appeared live and in the studio playing guitar, fiddle, mandolin, banjo, pedal steel, dobro, and many other stringed instruments -- with Mavis Staples, Rosanne Cash, Phil Lesh, Elvis Costello, Garland Jeffreys, Cyndi Lauper, the Black Crowes, Emmylou Harris, and Shawn Colvin, to name a few.

Campbell was born in New York in 1955 and benefitted from his parents' eclectic record collection. He claims that seeing the Beatles on The Ed Sullivan Show in 1964 was a life-changing experience. While playing baseball in 1966, he saw another young man walk on to the field with a guitar to play Beatles' songs. He went home, grabbed his father's old guitar, and his vocational choice was made. He began learning songs not only by the Fab Four and the Rolling Stones, but also by American folk, blues, and country masters such as Hank Williams, Jimmie Rodgers, the Rev. Gary Davis, and Doc Watson. He also began to teach himself to play other stringed instruments.

He played with a country rock band in high school called Cottonmouth, and after graduating at 16, he moved to Los Angeles. After two years playing one-off club and talent nights with his band, he secured a gig with obscure country singer Ben Marney, who had a deal with Playboy Records. Campbell had learned fiddle and pedal steel by this time, as well as mandolin and banjo. The group secured a long club engagement in Mississippi, where Campbell remained for more than a year before returning to New York. While visiting Woodstock, he encountered folk musicians Happy Artie Traum, who would become friends as well as mentors; he played with their Woodstock Mountain Revue.

Campbell moved back to New York City when the first commercial country wave -- in the wake of the film Urban Cowboy -- began to take hold. Because of his diverse skills, Campbell got a steady gig in the house band at the Lone Star Cafe, backing musicians such as Kinky Friedman, Doug Sahm, Buddy Miller, Willie Nelson, and more. In 1986, he first crossed paths with his future wife and musical partner Teresa Williams, a country and R&B singer and stage actress who was playing a gig at the Bottom Line; after hearing him play, she hired him to be in her backing band.

He also began doing some television soundtrack work and playing on commercials. His session work took off as he began his long run of studio sideman jobs, playing on records by everyone from Colvin and the Backstreet Boys to Richard Shindell and Lucy Kaplansky. He even played in the pit band for The Will Rogers Follies on Broadway.

After being recommended by bassist Tony Garnier, Campbell joined Dylan's band in 1997, playing on the songwriter's celebrated Time Out of Mind album. After touring with Dylan for nearly eight years, Campbell left the band and recorded his first solo album, Rooftops, in 2005 -- the same year he contributed to the Brokeback Mountain soundtrack. He toured with Lesh Friends, Hot Tuna, and many others, and made his debut with Levon Helm, after he and Williams had moved to Woodstock.

In 2007, he recorded a series of Gary Davis covers with 82-year-old vocalist Marie Knight titled Let Us Get Together. He also produced, co-arranged, and played on Helm's Dirt Farmer, which won a 2008 Grammy Award -- as did the subsequent Electric Dirt and Ramble at the Ryman, both of which featured the guitarist). Campbell also won the Americana Music Association's Lifetime Achievement Award that year, and in 2008 and 2009, he contributed to the PBS series Lomax: The Hound of Music.

Campbell continued to direct Helm's band at the famed Midnight Ramble sessions in Woodstock until the drummer's death in 2012. He toured with Little Feat later in the year. In 2015, Campbell contributed to Amy Helm's debut album Didn't It Rain, and he and Williams issued their self-titled duet debut on Red House Records. Two years later, Campbell and Williams returned with their second collaboration, Contraband Love. ~ Thom Jurek, Rovi 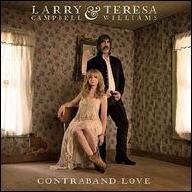 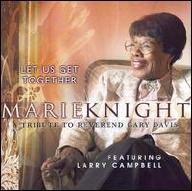 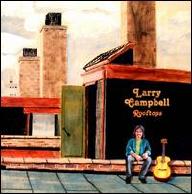 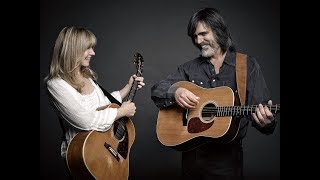 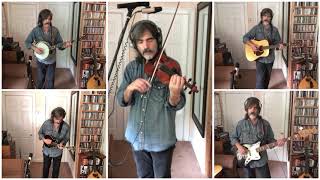 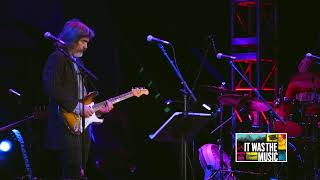 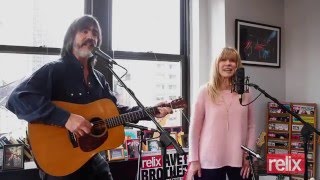 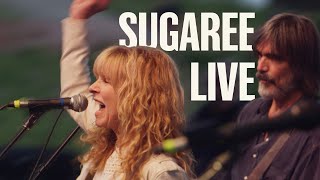 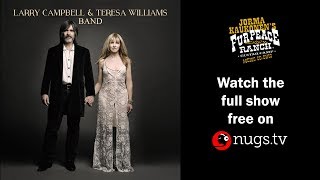 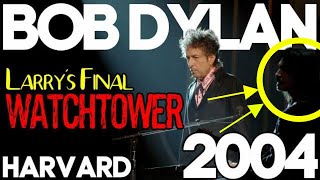