Close
Maddy Prior
from Blackpool, Lancashire, England
August 14, 1947 (age 74)
Biography
One of the great vocalists to emerge out of Britain's folk-rock movement of the early '70s, Maddy Prior firmly secured her place alongside Shirley Collins and Sandy Denny as one of the leading ladies of English folk. After establishing herself in the late '60s as part of a duo with singer/guitarist Tim Hart, the two went on to form folk-rock giants Steeleye Span, who became one of the most successful groups of the genre, delivering landmark albums like Hark! The Village Wait (1970) and Below the Salt (1972), reaching their commercial apex with 1975's hit All Around My Hat. With her innate charisma and a powerful, distinctive voice that could easily flit between sweet, salty, and anything in between, Prior eventually became a sought-after collaborator with numerous projects to her credit. While her role as Steeleye Span's leader has carried her well into the 2010s, she has also enjoyed a prolific and wide-ranging solo career with a number of creative high points including 1999's ambitious Ravenchild and 2001's Arthur the King. Some other projects include the duo Silly Sisters with fellow U.K. folk singer June Tabor and a collaboration with early music ensemble the Carnival Band, which has been ongoing since the mid-'80s. In 2013 Prior enjoyed a return to the U.K. charts with Steeleye Span's 22nd studio album, Wintersmith, and later celebrated the group's 50th anniversary in 2019 with a new album and major tour.

Born in 1947 in Blackpool, Prior spent her teenage years in St. Albans where, in the early '60s, she befriended a small crew of musicians who had coalesced to form a scene around the Cock Pub. Among them were Donovan Leitch and a fingerpicking guitarist named Mac MacLeod; Prior and MacLeod briefly formed the folk duo Mac Maddy. By 1966, she had begun working with another musician from the St. Albans scene, Tim Hart, and together they recorded a pair of traditional albums called Folk Songs of Olde England, Vol. 1 and 2. Their powerful vocal blend and Hart's acumen on a variety of folk instruments earned them some attention around the London scene and in late 1969 they were approached by former Fairport Convention bassist Ashley Hutchings, who was looking to start a new folk-rock band.

Steeleye Span made their debut in 1970 with Hark! The Village Wait, an album which introduced their intricate vocal blend and often hard-driving instrumental take on traditional U.K. fare. While the band's membership would shift a number of times throughout their many decades together, it was Prior's distinctive voice and infectious charisma that remained constant through nearly every phase of their career. Although she and Hart recorded one more outing as a duo -- 1971's enchanting Summer Solstice -- Steeleye Span went on to become one of Britain's most visible and commercially successful groups of the folk-rock boom, landing a surprise hit with their a cappella rendering of the late renaissance piece "Gaudete" and later with 1975's more pop-driven "All Around My Hat." By the latter part of the '70s, Prior had wed Steeleye Span bandmate Rick Kemp and begun to branch out on her own, first collaborating with fellow folk singer June Tabor on 1976's highly regarded Silly Sisters album, then launching a solo career with 1978's Ian Anderson-produced Woman in the Wings. A second album, Changing Winds, appeared later that same year, making use of what had turned into a contentious Steeleye Span hiatus.

Prior and the rest of Steeleye Span were convinced to reunite in 1980 for their 11th studio outing, Sails of Silver, after which they essentially became a part-time touring band for the first half of the '80s. Prior and Kemp raised a family together, touring here and there and recording 1982's Hooked on Winning and Going for Glory as the Maddy Prior Band. Unlike most of Steeleye Span's output throughout the years, her solo albums were focused more intently on original material. This trend continued when they reunited for 1986's Back in Line, which included the Prior/Kemp original "Lanercost." That same year, Prior began working in an early music consort called the Carnival Band and they recorded A Tapestry of Carols, the first of many collaborations devoted to ancient music. In 1988 she and Tabor briefly resumed their partnership as Silly Sisters with No More to the Dance, followed in 1989 by another Steeleye Span album, Tempted Tried.

Heading into the '90s, Prior continued to maintain a busy schedule, releasing a duo album with Kemp, Happy Families, as well as another solo album in 1993's Year. In between these were two more outings with the Carnival Band, which at this point had become her more dominant project. Following two more mid-'90s Carnival Band releases, Prior experienced some difficulties with her vocal range, causing Steeleye Span to re-enlist another founding member, Gay Woods, to join her as co-vocalist. The 1996 album Time marked the two singers' first appearance together since the band's 1971 debut. Not long after its release, Prior shocked fans and left Steeleye Span, who opted to carry on with Woods acting as lead singer on their next two albums. Free from commitments to her longtime band, Prior began touring annually with the Carnival Band around Christmas time and devoted herself to recording a pair of ambitious solo albums in 1998's Flesh and Blood and 1999's Ravenchild, each one dealing in mythology and produced by Nick Holland and multi-instrumentalist Troy Donockley.

Following 2000's live album Ballads and Candles, Prior resumed her intensely creative solo run in the studio with Holland and Donockley, first issuing 2001's song cycle Arthur the King, then 2003's Lionhearts. She also found time for another Carnival Band release and a 2002 album called Under the Covers with her daughter, Rose Kemp, and friend Abbie Lathe which was credited to Maddy the Girls. She rejoined Steeleye Span in 2004 after eight years away, and recorded They Called Her Babylon as well as their first Christmas album, Winter. Throughout the remainder of the decade, Prior managed an astonishingly prolific output, recording two more albums with Steeleye Span, three with the Carnival Band, and another with Maddy the Girls, all the while helping to run the Stones Barn Arts Centre in Cumbria which she founded in 2003. Following 2007's live DVD The Quest, she recorded the more traditionally minded solo outing Seven for Old England in 2008, which heavily featured former Steeleye Span bandmate, accordionist John Kirkpatrick and his son Benji.

Early in the next decade, Prior formed a new trio with Carnival Band fiddler and piper Giles Lewin and accordionist Hannah James. Minimalist in set-up, but bolstered by strong playing and Prior's still-agile vocals, the trio recorded 3 for Joy in 2012. A year later, Steeleye Span enjoyed their first chart placement in decades with Wintersmith, an ambitious conceptual album on which they collaborated with fantasy writer Terry Pratchett. After another outing with the band, 2016's Dodgy Bastards, Prior resumed her trio work with Lewin and James for 2017's Shortwinger. Celebrating the 50th anniversary of her longtime band, Prior and Steeleye Span headed out on a major tour of England in 2019. ~ Timothy Monger, Rovi 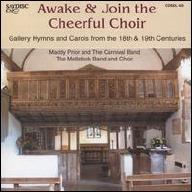 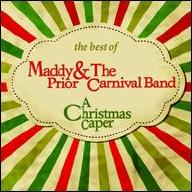 A Christmas Caper: The Best of Maddy Prior & the Carnival Band
2012 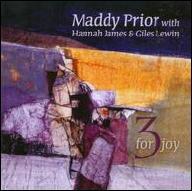 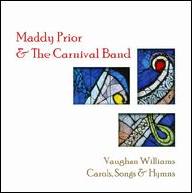 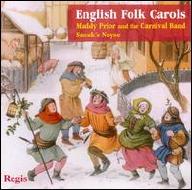 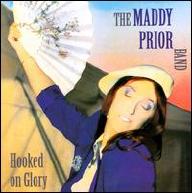 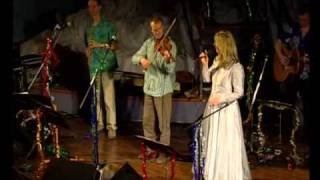 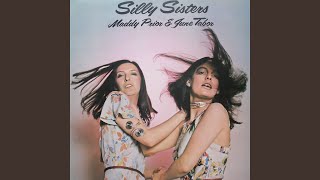 The Game of Cards 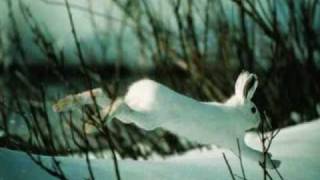 THE FABLED HARE (Maddy Prior) 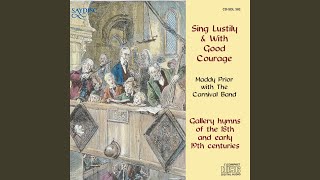 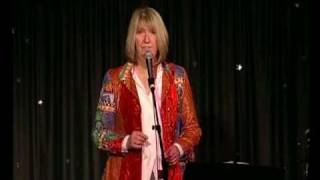 Maddy Prior - Dives and Lazarus (Live) 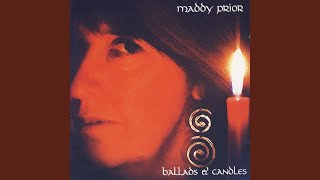 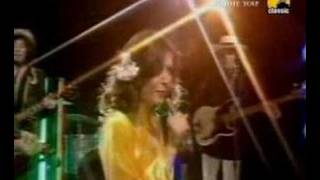