Close
David Garrick
from Liverpool, England
September 12, 1945 - August 23, 2013 (age 67)
Biography
Of all the aspiring pop stars to come out of England in the 1960s, David Garrick had the most unlikely background. Unlike the members of the Beatles, Gerry the Pacemakers, et. al, who were all fans of rock & roll as kids, Garrick grew up in an environment steeped in classical music. Born Philip Darryl Core (some sources list his birth name as Darrell Philip Corré) on September 12, 1945 in Liverpool, he came from a home in which Mozart and Beethoven were vital musical figures, and occupied the center of his attention to music -- rather than Bill Haley, Chuck Berry, or Elvis Presley, Mario Lanza loomed large on his boyhood radar screen. From an early age he was also singing in church choirs. He took formal voice training starting at age 14, and was singing with the Birkenhead Opera Company by 16. And from there it was off to La Scala on a grant to study with Lanza's one-time teacher. This was in the early '60s, and still not out of his teens, he had worn himself ragged between the voice training and the work to pay his expenses, and so he headed back to Liverpool.

It was then, while trying to figure out his next move -- whether to keep at the classical training or pursue something else -- that he began spending time at the Cavern Club. It was with the encouragement of DJ (and future author) Bob Wooller that he began making contact with various rock & roll bands who, by the mid-'60s, were working around the city. One night, he was persuaded to stand up at the Cavern and give an impromptu performance of an aria from Pagliacci, and was amazed to hear the applause that followed -- and amused to be dubbed "The Opera Singer" by the youthful patrons. Even so, he didn't consider seriously pursuing a singing career until he was approached at another club by a man who turned out to be Robert Wace, the manager of the Kinks. An audition was arranged before John Schoeder, the head of A&R for Pye Records' Piccadilly imprint, and within a week he was in London cutting his first record, and a recording contract -- which had to be signed by his parents, because of his age -- was forthcoming. A change of name seemed appropriate as well, and it was reportedly Wace's chance sighting of the sign for the Garrick Theatre that led them to the last name, whilst "David" scanned better than either Philip or Darryl.

It was then that matters got more complicated, as his debut single, Go, didn't chart, despite some good reviews in the music papers. A second single, One Little Smile, was pegged as a hit on #Juke Box Jury but also failed to sell in sufficient numbers to chart. After much deliberation about the potentially make-or-break third single, Garrick and his managers agreed upon Lady Jane, a new, Elizabethan-flavored song from Mick Jagger and Keith Richards. with an arrangement by Alan Tew, it was very much of its time, an ornate pop/rock record that reached number 20. Garrick was still generating lots of attention, more than a singer with one moderately successful single might have, mostly thanks to his classic good looks and the image that he cultivated. With Wace's encouragement, and help from costume designer Kay Ambrose, with whom he was living in London at the time, he took on the look of an 18th century dandy, something akin to Patrick MacNee's "John Steed" look from the #Avengers' color episodes (or John Pertwee's image from his #Dr. Who episodes) of the period.

Garrick was also prevailed upon to tour, and the prospect of performing live as a pop singer terrified him, as he still had little confidence in his ability in this area. He jumped into the deep end, a music showcase at the Marquee Club in London, on a bill that included David Bowie (working as David Jones), with Pye Records star Long John Baldry as host -- and Lady Jane went over like a storm in front of the audience. He was then sent on tour, booked with Gene Pitney and the Troggs, and backed by the Creation and the Iveys (later better known as Badfinger), both bands whose members he had known in Liverpool. Meanwhile, a fourth single, Dear Mrs. Applebee, made it to number 22 on the U.K. charts and topped the sales listings in Germany and Holland.

Although Garrick's popularity in continental Europe remained strong throughout the remainder of the '60s, in England his sales began to drop in 1967. His contract with Pye ended in 1969, three years after it began, and he was subsequently signed to Columbia Records and released a further half-dozen singles, and by the start of the '70s, he was working on the cabaret circuit. This kind of move was usually a last resort for fading rock acts, but in Garrick's case it was preferable to some aspects of his earlier career. As a cabaret artist, he had the freedom to add operatic and art-song repertory that audiences in rock & roll venues would not have stood for -- as a result, he became more the David Garrick that he wanted to be. During the mid-'70s, he finally took a temporary break from performing that ended up lasting 15 years, until the end of the '80s, when he cut his first new album since the start of the '70s. A spate of CD reissues saw his four singles -- especially Lady Jane -- re-compiled many times over the ensuing decades, as well as the release of a double-CD anthology from Castle Records. Garrick's absence from music, coupled with his startling good looks and unusual repertory, has turned him into one of the more enigmatic figures to emerge from British pop music in the mid-'60s, somewhat akin to Scott Walker, if not as celebrated. ~ Bruce Eder, Rovi 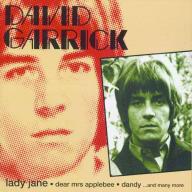 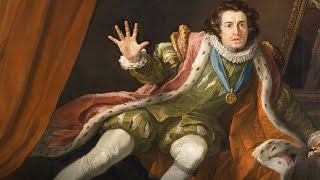 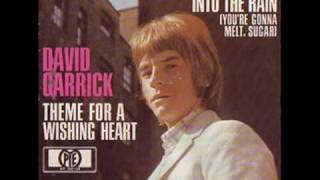 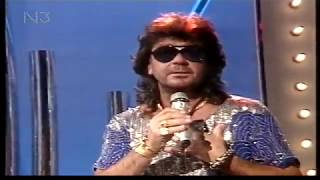 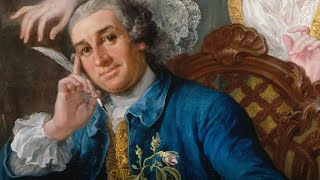 David Garrick Part 3: Shakespeare is for everyone 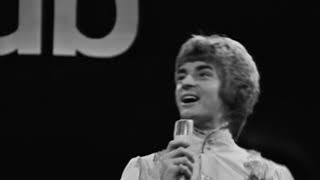 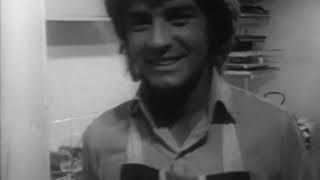 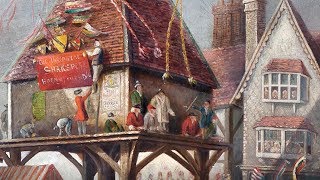