Close
Lin-Manuel Miranda
from New York, NY
January 16, 1980 (age 42)
Biography
Lin-Manuel Miranda is a Pulitzer Prize-, MacArthur Fellowship-, Tony-, and Grammy-winning theater and film polymath. Offering a unique hybrid of rap, Latin, R&B, pop, and showtune traditions, he first became widely known for writing, composing, and starring in the Broadway hits In the Heights and Hamilton: An American Musical. In addition to a hit cast album, the latter broke the record for a single-week box-office gross for a Broadway show in November 2016. That set the stage for work on the Disney animated film Moana (2016) -- which included his Oscar-nominated song "How Far I'll Go" -- as well as acting roles in films like Mary Poppins Returns (2018). The project that first made his reputation as not only a diverse composer but inclusive character writer and deft lyricist, his 2008 musical In the Heights was adapted for the big screen in 2021. That same year, he made his directorial debut with the film adaptation of Jonathan Larson's tick, tick…BOOM! and penned songs for the Disney animated feature Encanto.

Born to Puerto Rican parents in the Washington Heights neighborhood of Manhattan, Miranda was interested and active in the arts from a young age. He was only in his mid-teens when he wrote, directed, and acted in the independent film Clayton's Friends. His work on the stage musical In the Heights, about the mostly Puerto Rican/Cuban/Dominican-American Washington Heights, began when he was a student at Wesleyan University. Miranda graduated in 2002, and after multiple drafts and productions including a 2007 Drama Desk Award-winning off-Broadway run, Into the Heights opened on Broadway at the Richard Rodgers Theatre in 2008. As its composer/lyricist, Miranda won a Best Original Score Tony Award for the show, as well as a nomination for Leading Actor in a Musical. It also earned him a Grammy Award for Best Musical Theater Album and a spot as a finalist for the Pulitzer Prize for Drama with the musical's book author, Quiara Alegría Hudes, in 2009.

Miranda found other work along the way, including a guest spot on the TV drama The Sopranos in 2007, gigs composing music for commercials, and acting and composing duties for the revival of TV's The Electric Company as well as for Sesame Street. Based on the cheerleading film comedy of the same name, he collaborated with Amanda Green and Tom Kitt to write music and lyrics for Bring It On: The Musical, which played at Broadway's St. James Theatre in 2012, all the while continuing to find acting, writing, and music jobs, such as a recurring role on the NBC drama Do No Harm.

Inspired by Ron Chernow's biography of U.S. founding father Alexander Hamilton, he next composed a rap music-charged project that developed into the instant Broadway hit Hamilton. It opened at the Richard Rodgers Theatre on August 6, 2015. This time, Miranda was the sole auteur, writing the book, music, and lyrics, in addition to originating the role of Alexander Hamilton. The show was notable not only for its hip-hop style, but for its diverse cast. Released that fall, the Broadway cast recording debuted at number 12 on the Billboard 200 and topped the Cast Albums and Rap Albums charts. Miranda was also a 2015 recipient of a MacArthur Genius Grant. In 2016, Hamilton won 11 Tony Awards of a record 16 nominations, with its author taking home the prizes for book, score, and Best Musical. He also won a Grammy for Best Musical Theater Album and a Pulitzer Prize for Drama. On July 9, 2016, with tickets still in high demand, he gave his final performance with the original cast of the show.

Less than a week later, Miranda joined dozens of theater icons in Broadway for Orlando, which recorded the Bacharach-David tune "What the World Needs Now Is Love" as a benefit single following the mass shooting at a gay nightclub in Orlando. It charted on the Billboard Hot 100. A duet with Jennifer Lopez, "Love Make the World Go Round" also raised funds for those affected by the shooting. That October, he hosted an episode of NBC's Saturday Night Live, and November 2016 saw the release of the soundtrack to the Disney animated film Moana. It featured songs by Miranda, score composer Mark Mancina, and Polynesian musician Opetaia Foa'i. Hamilton Mixtape followed in December, offering covers by Sia, John Legend, Kelly Clarkson, Chance the Rapper, and Alicia Keys, to name a few. It debuted at number one on the Billboard 200. A month later, in January 2017, Miranda became an Academy Award nominee when Moana's "How Far I'll Go" was nominated for Best Original Song.

In the fall of 2017, he gathered an all-star lineup of Latin performers for the single "Almost Like Praying," with proceeds benefiting Puerto Rico's recovery from the devastation of Hurricane Maria. Participants included such names as Jennifer Lopez, Marc Anthony, Gloria Estefan, Rubén Blades, and Rita Moreno. By that time, Miranda had also wrapped filming on his lead role in the 2018 Rob Marshall film Mary Poppins Returns, which he followed with a recurring role on the BBC One/HBO series His Dark Materials. He contributed a song ("Lido Hey") to 2019's Star Wars: The Rise of Skywalker in addition to making a cameo in the film.

The release of an archival live stage film of Hamilton (starring Miranda) over the Fourth of July holiday weekend in 2020 resulted in the cast album surging to an all-time high number two on the Billboard 200. A film adaptation of In the Heights starring Anthony Ramos hit theaters the following June. It was accompanied by an original soundtrack recording on Atlantic/WaterTower that topped Billboard's Soundtracks chart. November 2021 saw the release of Miranda's debut as a film director, an adaptation of Rent composer Jonathan Larson's autobiographical musical tick, tick…BOOM! That same month, Disney released the animated featured Encanto. A musical fantasy about a Latino family, it featured an original score by Germaine Franco and songs by Miranda. ~ Marcy Donelson, Rovi 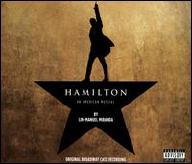 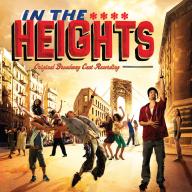 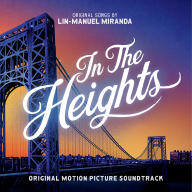 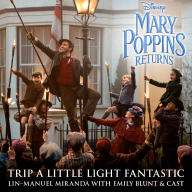 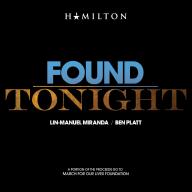 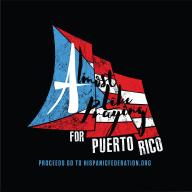 Lin-Manuel Miranda Tests His Disney Songs on His Sons 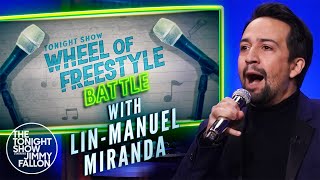 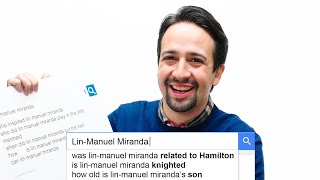 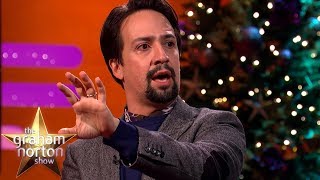 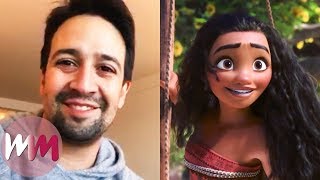 Lin-Manuel Miranda Reveals What Character He's Most Like In Disney's 'Encanto'
Available here: