Close
The Dream Syndicate
from Los Angeles, CA
formed January 1, 1981 (age 41)
Biography
One of the most celebrated bands to come out of the Los Angeles "Paisley Underground" scene of the '80s, the Dream Syndicate were different than most of their peers. While bands such as the Rain Parade and the Three O'Clock owed a debt to psychedelia, and the Long Ryders and Green on Red were informed in different ways by roots rock, the Dream Syndicate clearly adored the intricate wordplay and edgy energy of Highway 61 Revisited-era Bob Dylan, as well as the noisy guitars and bracing darkness of the Velvet Underground. Dream Syndicate leader Steve Wynn's initial influences may have been clear, but he was a strong enough songwriter to give the group material that stood on its own, and over the course of their run, the Dream Syndicate took their music in a number of challenging directions. After the stark, nervy sound of their first album, 1982's The Days of Wine and Roses, they crafted a darker and more ambitious follow-up, 1984's Medicine Show, that moved them into a dustier and more rock-oriented sound. 1986's Out of the Grey and 1988's Ghost Stories stripped down the group's approach and embraced a wiry, energetic attack, but they came as the group was winding down. With 2017's How Did I Find Myself Here?, Wynn introduced a new Dream Syndicate and a fresh approach that was, as always, dominated by strong guitars and literate songwriting but this time with an experimental bent that suggested their psychedelic influence was finally making itself known.

Steve Wynn was a student at the University of California, Davis when he formed his first band, a five-piece outfit called the Suspects; they were one of the first new wave bands in the area, and the membership included vocalist Kendra Smith (they met in a Rhetoric class), guitarist Russ Tolman, and Gavin Blair on drums. The band was short-lived but released one single in 1979, "It's Up to You" b/w "Talking Loud." (After they broke up, Tolman and Blair would later form True West.) Wynn's next project was another band that quickly faded out, 15 Minutes, which included members of another UC Davis band, Alternate Learning (led by future Game Theory and Loud Family frontman Scott Miller); like the Suspects, they left behind one single, 1981's "That's What You Always Say" b/w "Last Chance for You." Wynn left Davis for Los Angeles, and after a short stint with a project called Goat Deity (bandmates Kelly Callan and Kristi Callan would later form Wednesday Week), Wynn decided it was time to start a band of his own. He placed an ad looking for a bassist and got a reply from Karl Precoda, who was also a powerful guitarist. Wynn and Precoda became the band's guitar players, Kendra Smith was recruited to play bass and lend occasional vocals, and Dennis Duck (born Dennis Mehaffey), a veteran of the Pasadena group Human Hands, completed the quartet on drums. Borrowing their name from one of John Cale's pre-Velvet Underground projects, the Dream Syndicate made their debut on February 23, 1982 at a Hollywood club called Club Lingerie.

Shortly after their first gig, the Dream Syndicate recorded a four-song EP released on Wynn's Down There label, which was well received in the West Coast music press. The good reviews coupled with the band's powerful live shows, with extensive guitar interplay from Precoda and Wynn, created a significant buzz around the Dream Syndicate, and they struck a deal with Ruby Records, an offshoot of the celebrated L.A. indie label Slash Records. Produced by Chris D. (aka Chris Desjardins) of the Flesh Eaters, the first Dream Syndicate album, The Days of Wine and Roses, was released in October 1982, and was greeted with rave reviews as the band became one of the most talked about new groups in the American underground. The acclaim led to offers from several major labels, and the Dream Syndicate signed with AM for their second album. By the time they went into the studio to start work on their major-label debut, Kendra Smith had left to form Opal with David Roback (formerly of the Rain Parade), and David Provost took over on bass. With Blue Öyster Cult producer Sandy Pearlman at the controls, the Dream Syndicate spent seven days a week in the studio for five months slowly crafting 1984's Medicine Show, which was significantly more polished but also darker, more indebted to hard rock, and suggested Wynn had swapped out Bob Dylan for Neil Young as his most significant influence. Critics and fans alike were puzzled by the album's sound and scale, and its modest sales didn't make a dent in the significant expense of the recording. Before the band could tour in support of the album, David Provost left, and bassist Mark Walton came on board. After releasing a live EP, 1984's This Is Not the New Dream Syndicate Album, AM dropped the group. Precoda soon left, and Wynn briefly retired the group, cutting a stopgap project with Dan Stuart of Green on Red, The Lost Weekend, under the name Danny Dusty.

The Dream Syndicate's hiatus didn't last long, and Steve Wynn, Mark Walton, and Dennis Duck regrouped with guitarist Paul B. Cutler, who had played with the Consumers and 45 Grave (and coincidentally engineered the debut EP on Down There). Cutler's sharper and sleeker guitar style meshed well with the noir-influenced narratives that now dominated Wynn's songs, and 1986's Out of the Grey (initially released by the BMG-distributed Bigtime label) was warmly welcomed by critics and proved the band had found their second wind. Producer Elliot Mazer, who had previously worked with Neil Young, Janis Joplin, and Gordon Lightfoot, lent his talents to the Dream Syndicate for 1988's Ghost Stories, released by Restless Records, and the band toured extensively in Europe, the U.K., and the United States in support. In 1989, Restless released Live at Raji's, an exciting set cut at a club show shortly before the recording of Ghost Stories, but it turned out to be a swan song for the second edition of the Dream Syndicate, who broke up shortly after its release. A documentary on the band's final American tour, Weathered and Torn, was released in 1992. Wynn went on to a solo career as well as recording and performing with a number of side projects, including Gutterball, Smack Dab, and the Baseball Project. A few posthumous Dream Syndicate albums appeared after they called it quits, including 1993's 3 ½ (The Lost Tapes: 1985-1988), a collection of unreleased outtakes, and 1994's The Day Before Wine and Roses, taken from a 1982 live radio broadcast of a show that took place the day before they started work on their first album.

In 2012, after several European tours in which Steve Wynn performed Dream Syndicate material with his group the Miracle 3, he unveiled a new lineup of the band at Festival BAM in Barcelona, Spain. This edition featured previous members Wynn, Dennis Duck, and Mark Walton, as well as guitarist Jason Victor, who had played with Wynn in his solo projects. The revived Dream Syndicate staged several concert tours, mostly in Europe, before returning to the studio to cut a new album. How Did I Find Myself Here? was released by Anti- in September 2017, and featured guest vocals from Kendra Smith. The album was well-reviewed, and the group toured extensively in America and Europe. In 2018, the Dream Syndicate took part in an unusual recording project called 3x4, in which four of the major Paisley Underground acts of the '80s -- the Dream Syndicate, the Bangles, the Rain Parade, and the Three O'Clock -- covered each other's songs, with the Dream Syndicate tackling "Hero Takes a Fall," "You Are My Friend," and "She Turns to Flowers." The same year, for Record Store Day, they brought out a limited-edition collection, How We Found Ourselves … Everywhere, which featured one studio outtake from the How Did I Find Myself Here? sessions, as well as four live performances. May 2019 brought another studio album from the band, These Times; their touring behind the album included several dates opening for the reunited Mott the Hoople. Just short of a year later, in April 2020, the Dream Syndicate delivered another studio album, The Universe Inside, whose cool, exploratory tone suggested a mid-point between psychedelia and jazz. ~ Mark Deming, Rovi 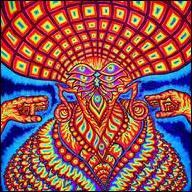 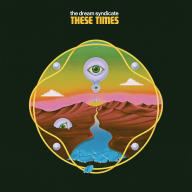 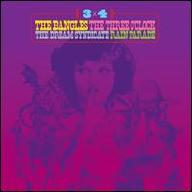 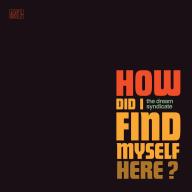 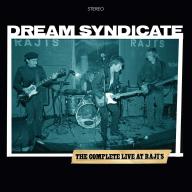 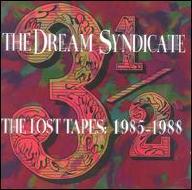 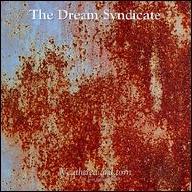 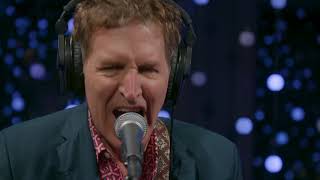 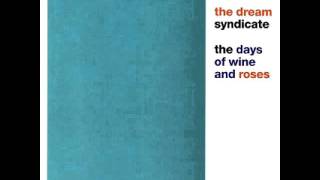 The Dream Syndicate - When You Smile 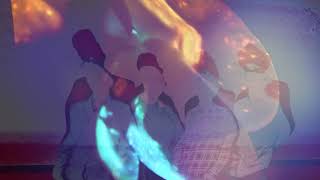 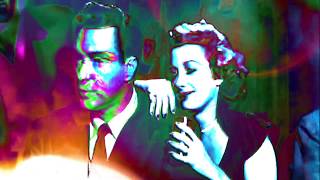 The Dream Syndicate - 'The Universe Inside' (Full Album) 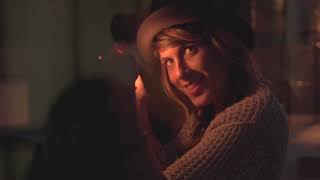 The Dream Syndicate - "The Longing" 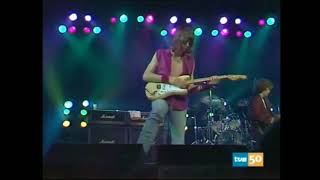 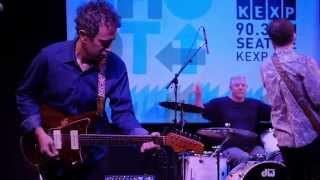