Close
Bruce Kulick
Biography
Although Ace Frehley is considered the quintessential Kiss guitarist by most fans (he was an original member and vital force), it was Bruce Kulick who occupied Kiss' guitarist position for the longest amount of time -- 11 years, from 1984-1995. Born in Brooklyn, NY on December 12, 1953, Kulick discovered music through his older, guitar-playing brother, Bob. While the young Bruce was still getting his six-string chops together, Bob Kulick was busy playing with local bands -- nearly landing a spot with the original Kiss in the early '70s. Bob eventually became an in-demand session player, working with such notables as Kiss (he remained friends with the band after his initial tryout), Lou Reed, and Mark Farner. Bruce eventually followed in his older brother's rock & roll footsteps.

Bruce's first taste of the big time was when he toured the world with Meat Loaf as part of the Bat Out of Hell touring band from 1977-1978. After the tour wrapped up, he formed the hard rock band Black Jack, alongside a young singer by the name of Michael Bolotin (who later changed his last name to Bolton). A pair of albums followed, 1979's self-titled debut and 1980's Worlds Apart, but the band broke up before achieving mainstream success. Kulick then went on to play on Billy Squier's debut solo album, A Tale of the Tape, as well as an album by New York bar faves the Good Rats (1981's Great American Music), and Michael Bolton's self-titled 1983 release. Bruce also played some session work on Kiss' 1984 release, Animalize, although they hired another full-time guitarist, Mark St. John, to fill their vacated guitar position. When the album's supporting tour began, St. John fell ill with arthritis, and Kulick filled in -- soon after leading to his permanent position alongside bassist Gene Simmons, rhythm guitarist Paul Stanley, and drummer Eric Carr.

Kulick lent his playing and songwriting talents to such hit '80s-era Kiss albums as Asylum, Crazy Nights, and Hot in the Shade, while playing concerts the world over. In 1991, Kulick and his bandmates were dealt a devastating blow when Carr died suddenly from cancer -- but Kiss turned a negative into a positive by issuing their best and heaviest album in years, 1992's Revenge. The new lineup (which included Eric Singer replacing Carr) continued to tour, issuing 1993's Alive III, and taking part in a "Kiss Convention" tour in 1995, in which the band members played an acoustic set and answered questions for the fans. It was during this time that original members Peter Criss and Ace Frehley buried the hatchet with Simmons and Stanley, eventually leading to the original band's reunion in time for their 1996 Unplugged release.

The reunion soon led to a full-time proposition, leading to the dissolution of Kulick-era Kiss. An already-finished album by the Kulick/Singer/Simmons/Stanley lineup lay dormant for a couple of years -- finally seeing the light of day in 1997, titled Carnival of Souls: The Final Sessions. Kulick formed a new band with ex-Mötley Crüe singer John Corabi, Union, releasing their self-titled debut in 1998 and Live in the Galaxy one year later, as well as joining former bandmember Eric Singer for his ESP project. Remaining on good terms with his ex-Kiss mates, Kulick even collaborated with the others for Kiss' '98 reunion studio album, Psycho Circus. ~ Greg Prato, Rovi 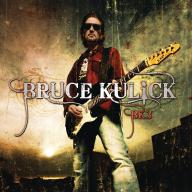 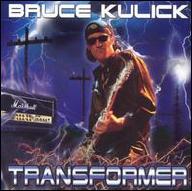 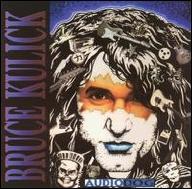 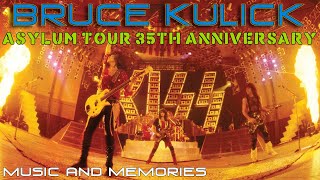 Bruce Kulick Celebrates the 35th Anniversary of the Asylum Tour 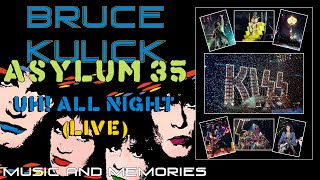 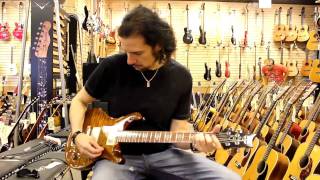 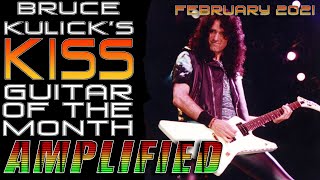 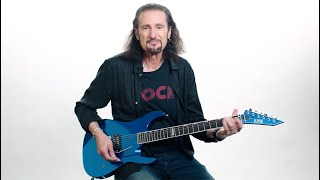