Close
Anat Cohen
from Tel Aviv, Israel
January 1, 1975 (age 45)
Biography
Israeli-born saxophonist, clarinetist, and flutist Anat Cohen is an adroit jazz musician with a bent toward sophisticated post-bop, Latin traditions, and layered, modern creative improvisation. Since first emerging in the early 2000s, Cohen has earned praise for her eclectic sound, working alongside her equally gifted siblings trumpeter Avishai Cohen and pianist Yuval Cohen as 3 Cohens, as well as with her Brazilian-influenced Choro Ensemble and as a member of the DIVA big band. However, it's as a leader of her own groups that she has garnered the most acclaim, issuing albums like 2005's Place and Time, 2012's Claroscuro, and 2017's Grammy-nominated Outra Coisa.

Born in Tel Aviv in 1975, Cohen grew up in a musical family along with her two brothers, soprano saxophonist Yuval Cohen and trumpeter Avishai Cohen. As a child, she started with clarinet lessons, later adding saxophone while attending the Jaffa Music Centre. After completing her compulsory military service, during which time she played in the Israeli Air Force Big Band, Cohen enrolled at Boston's Berklee College of Music, ultimately graduating with a Bachelor of Arts in Professional Music. In the late '90s, she relocated to New York City, where she found work with such luminaries as pianist/composer Pablo Ablanedo (with whom she made her recorded debut on 2001's From Down There), bandleader Duduka Da Fonseca, singer/percussionist Cyro Baptista, trumpeter Ingrid Jensen, drummer Louis Hayes, guitarist Bucky Pizzarelli, pianist Rachel Z, and many others.

As a solo artist, Cohen debuted with 2005's Place and Time, which featured pianist Jason Lindner, bassist Ben Street, and drummer Jeff Ballard. She returned with 2007's Poetica, which again featured Lindner as well as bassist Omer Avital (who also supplied several string quartet arrangements). Also that year, she issued the large ensemble album Noir, which found her backed by the Anzic Orchestra and playing Brazilian-influenced arrangements by Oded Lev-Ari. Cohen then returned to her small group with pianist Lindner, bassist Avital, and drummer Daniel Freedman for 2008's Notes from the Village. Along with her own groups, Cohen was active during this period as a member of the all-female big band DIVA, as well as the Brazilian jazz-influenced Choro Ensemble. She also played and recorded with her siblings, trumpeter Avishai Cohen and pianist Yuval Cohen, in the group 3 Cohens, issuing albums like One, Braid, and Family.

In 2010 she delivered the concert album Clarinetwork: Live at the Village Vanguard. With 2012's Claroscuro, Cohen began showcasing her growing interest in various world traditions, including African rhythms, New Orleans Creole traditions, Brazilian samba, and more. It was an approach she continued to explore on her next release, 2015's eclectic, Brazilian choro-infused Luminosa. In 2017, she delivered two collaborative Brazilian-tinged albums: Outra Coisa, a duo album with guitarist Marcello Gonçalves, and Rosa Dos Ventos featuring Trio Brasileiro, both of which earned Grammy nominations. Also that year, she debuted her tentet with Happy Song. The duo concert album Live in Healdsburg, featuring the clarinetist and pianist Fred Hersch, arrived in 2018. Cohen issued the second album with her tentet, Tripple Helix, in 2019. ~ Matt Collar, Rovi 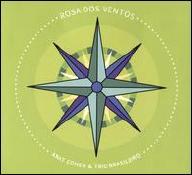 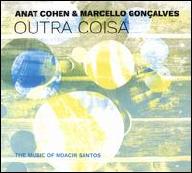 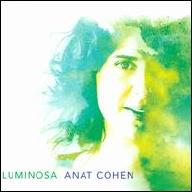 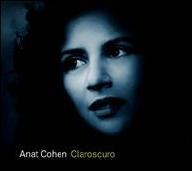 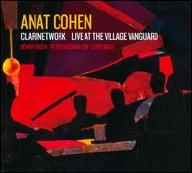 Clarinetwork [Live at the Village Vanguard]
2010 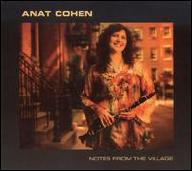 Notes From the Village
2008 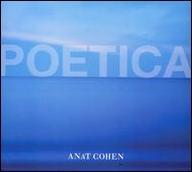 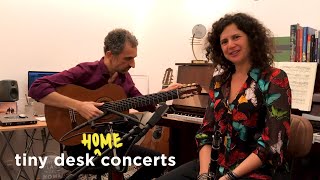 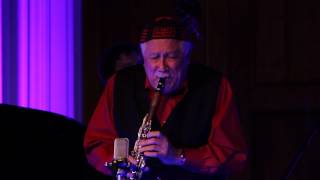 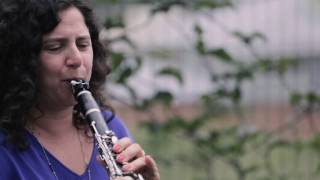 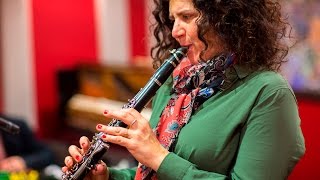 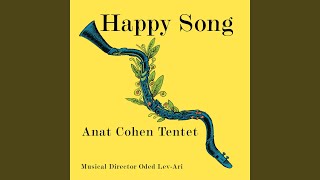 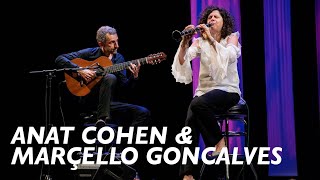