Close
Chiquinha Gonzaga
October 17, 1847 - February 28, 1935 (age 87)
Biography
The most important feminine figure of Brazilian popular music of all time, Chiquinha Gonzaga was an independent woman in times of extreme prejudice and earned her money with her own music. The first Brazilian female conductor, the first composer of the marcha carnavalesca genre (with Ô Abre Alas), she was also very active in the abolitionist and republican campaigns. Her songs had enormous success, yielding an international career and songs still commonly used.

The illegitimate child of field marshal José Basileu Neves Gonzaga and Rosa Maria de Lima, she began her musical studies with Maestro Lobo. Actively flirtatious, she soon had her destiny concerted by her parents in an arranged matrimony. On November 5, 1863, she married Jacinto Ribeiro do Amaral, the son of a commander and a member of a rich and distinguished family. Her paternal dowry was a piano and it became her main activity after the marriage. But her husband hated the musical bend of Gonzaga's and bought a merchant ship freighted by the imperial government to be used in the Paraguay war (1864 to 1870). Obliging his wife to accompany him on his trips aboard that ship and to cut the bonds with the piano, do Amaral became very angry when Gonzaga found a violão (Brazilian acoustic guitar) and asked her to chose between him and music. She opted for the latter and was declared dead by her family, impeding her from seeing her children (two at the time, and soon followed by a third), except the first-born João Gualberto who was already with her. Expelled from her family, Gonzaga immediately became a dear figure in the musical and Bohemian circles. One of her close friends of those early times was one who soon would be famous, flutist/composer Joaquim Antônio da Silva Callado Jr. Two years after Callado's first composition, he released the polka Querida por Todos (Loved by Everybody), dedicated to Gonzaga. It was soon followed by Por Todos Querida and Pedida por Todos, all dedicated to her.

She then became the concubine of engineer João Batista de Carvalho Júnior and moved with him to Minas Gerais to escape from the prejudiced society of those times. In 1875, they return to Rio and in the following year, their daughter, Alice Maria, was born; this would be the same year in which Gonzaga abandoned the lover. Without family or money, Gonzaga went to live in the working-class suburb of São Cristóvão and had only her musical gift for making a living, which saved her from prostitution. Her friend Callado helped her find her first piano pupils. In 1877, her first composition, the polka Atraente, was headlined at the Jornal do Commercio newspaper. The song was released and had 15 editions in the very year of its publishing. As a member of Callado's group (together with her son, João Gualberto, on clarinet), Gonzaga made enough money to live in dignity, even if poorly. At that time, she had released several compositions in various genres like valse, polka and tango. Her fame of free woman, combined with her musical prominence, bewitched the popular imagination and covered her music with an aura of sensuality and passion, all the while she was discriminated against by society. In 1878, her polka Sultana sold 2,000 copies of its first edition, while the average composer used to sell only 100. Soon, other editions were published. In 1879, she published through Casa Artur Napoleão the polka Camila. In the next year, her friend and inspirer Callado died and she began to take piano lessons with Artur Napoleão, a pianist, composer, and publisher. The Callado influence as one of the fundamental values of the nascent choro style (later genre) oriented her search for Brazilian expression in times of heavy French and Italian predominance. In 1887, the first operetta with distinctive Brazilian identity, +O Rio de Janeiro em 1877, opened in Rio. Gonzaga saw in that nascent genre a professional opportunity and in 1880 wrote a libretto in one act and two sketches and began to put music to it. The title was +Festa de São João and it remained unpublished for four years. In 1883, she made a new attempt: she wrote the music for Artur Azevedo's +Viagem ao Parnaso, but the impresario suspended the play (for not trusting in a woman as a composer).

Around 1884, Gonzaga began to work in the libretto of the novice Palhares Ribeiro, +A Corte na Roça. On January 17, 1885, the piece opened under enthusiastic applause. The last dance was the hated Maxixe (because of its sensuous rhythm and dance, the elite despised it). The play launched Gonzaga in the capacity of conductor, the first Brazilian woman at that, and a very successful one. Headlines acknowledged her as the "Offenbach in skirts." In the same year, Gonzaga opened +A Filha do Guedes with her conduction and music, for the libretto of the successful writer Augusto de Castro. The applause to her songs yielded an homage where she played the piano in public for the first time. In that homage, a band played her songs and journalists congratulated her. At that point, she began to enjoy extreme popularity and economic stability. In December, she embraced a new work, +A Mulher-Homem, where she shared the scoring with Henrique Alves de Mesquita, Carlos Cavalier, Miguel Cardoso, and Henrique Magalhães. The operetta opened in January 1886. On April 15, she contributed to the comedy +O Destino and accepted the play +Zé Caipora. The play, opening on January 29, 1887, had great success. In 1888, she engaged herself in an active abolitionist campaign. She sold her sheet music door to door, raising funds and freed a slave musician, Zé Flauta. She also contributed money to the abolitionist societies and did everything for the cause, from sweeping theaters to addressing her audiences. Soon, she also became a great supporter of the cause of the Republic. But she continued her active schedule with the opening of the operetta +Abolindemrepcochindegó in January 1889. In the same month, +A Mulher-Homem was replayed. In August of that year, Gonzaga promoted a concert in benefit of the great Brazilian composer and conductor Carlos Gomes, who wanted to enact his opera +O Escravo for the commemoration of the independence, but had no endowment from D. Pedro II. The concert, which was dominated by pieces by Gonzaga, put side by side her orchestral works and smaller forms where proscribed instruments like the violão and the cavaquinho invaded for the first time the solemn Teatro São Pedro de Alcântara. At that concert, Gonzaga received a photo with dedication from by Gomes, which she put over her piano and keept it there until her death. In 1897, she wrote the tango Gaúcho for the play +Zizinha Maxixe by Machado Careca, with success. The latter wrote lyrics for it in 1901, renaming the tune for Corta-jaca. Included in the revue +Cá e Lá, which was presented in Portugal and in the Brazilian presidential palace (the Palácio do Catete), the song is still popular today. In 1899, she wrote the first marcha carnavalesca of all time, Ô Abre Alas. In the period from 1902 to 1910, she promoted her compositions in several European tours through Germany, Belgium, Spain, Portugal, Italy, France, England, and Scotland. She also wrote music for several Portuguese plays in that period. The operetta +Forrobodó opened in 1912 with her music and had 1,500 performances. On September 27, 1917, she was one of the founders of the artistic rights collecting society (SBAT). Her last work was the music for the play +Maria (Viriato Correia). In 1984, Edinha Diniz released the biography -Chiquinha Gonzaga, uma História de Vida (Rosa dos Tempos, Rio). During commemorations of the 150 years of her birth, the book -Sofri e Chorei...Tive Muito Amor (by Dalva Lazarone, Nova Fronteira) was released, as were two CDs: Chiquinha com Jazz, with eight unpublished songs (by arranger/pianist Antônio Adolfo), and Chiquinha Gonzaga, 150 Anos (by pianist Rosária Gatti, Eldorado). ~ Alvaro Neder, Rovi 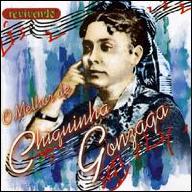 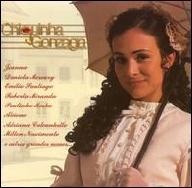 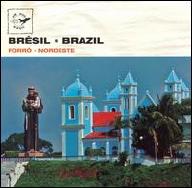 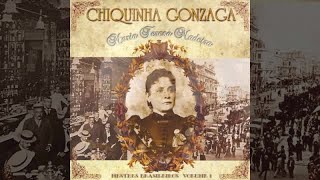 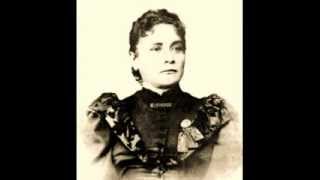