Close
Willie Nix
from Memphis, TN
August 6, 1922 - July 8, 1991 (age 68)
Biography
Willie Nix came out of the rural South with a great beat and a way with lyrics that made him something of a topical urban poet. Despite recordings for RPM and Sun, and then Chance in Chicago, he never advanced beyond the ranks of the also-rans in the quest for blues success, in either Memphis or Chicago; however, if anyone ever deserved to do better based on the evidence that's left behind, it was Willie Nix.

Born in Memphis, he first entered performing as a tap dancer at age 12, and as a teenager during the late '30s, he toured with the +Rabbit Foot Minstrels Shows as a dancing comedian. He appeared in various variety venues during the early '40s, and performed on streets and parks around Memphis. In 1947, Nix appeared with Robert Lockwood, Jr. on a Little Rock, AR radio station, and subsequently worked with Sonny Boy Williamson II, Willie Love and Joe Willie Wilkins as the Four Aces in Arkansas, Tennessee and Mississippi.

Nix joined B.B. King and Joe Hill Louis for appearances on Memphis radio, and worked with The Beale Streeters during the late '40s. He made his first records in Memphis for RPM in 1951, and cut sides for Chess Records' Checker offshoot in 1952. Sam Philips signed him up as "the Memphis Blues Boy" for Sun in early 1953, as a singing drummer with a band, and he later cut sides for Art Sheridan's Chance label in Chicago. He worked with Elmore James, Sonny Boy Williamson, Johnny Shines, and Memphis Slim during the mid '50s, but at the end of the decade was back in Memphis, and did a short stretch in prison late in the decade. Nix's health and abilities deteriorated during the '60s and '70s, and he hoboed around, performing occasionally, telling tall tales about his life and generally acting erratically.

Nix never saw any success as a recording artist, and never stayed with one label long enough to record anything resembling an album's worth of material. His work appears on various label compilations, however, and is distinctive for his driving beat and his extraordinary cleverness with lyrics, especially the Chance sides. ~ Bruce Eder, Rovi 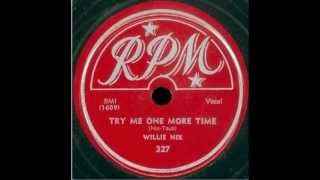 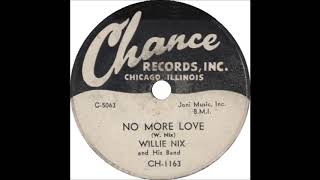 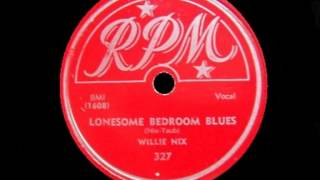 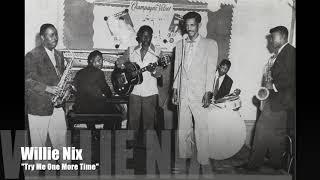 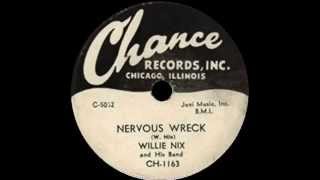 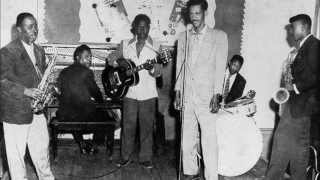 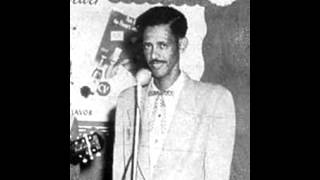