Close
Leon Payne
from Alba, TX
June 15, 1917 - September 11, 1969 (age 52)
Biography
A popular singer and multi-instrumentalist of the postwar era, Leon Payne achieved his lasting fame as a songwriter whose most successful works -- among them Lost Highway and I Love You Because -- remain among the country music canon's most enduring compositions. Payne was born blind on June 15, 1917, in Alba, TX, and until the age of 18 he attended the Texas School for the Blind in Austin. There, he was encouraged by teachers to begin learning music as a method of supporting himself and became adept on guitar, piano, organ, drums, and trombone. In the mid-'30s he began performing with a number of area groups and began playing on radio in 1935.

Payne joined Bob Wills' Texas Playboys in 1938, and he remained affiliated with the group to some degree for the majority of his career. At about the same time, he began writing the first of the several thousand songs he would compose over the course his lifetime. In 1939, he cut his first solo recordings, including You Don't Love Me but I'll Always Care and Down Where the Violets Grow, which evidenced his smooth, subtle vocal technique. After spending the large part of the next decade drifting through Texas performing under the moniker "The Texas Blind Hitchhiker," he hooked up with Jack Rhodes the Rhythm Boys in 1948. He also played frequently with Wills.

In 1949, Payne formed his own band, the Lone Star Buddies, which guested on programs like the Grand Ole Opry, the Louisiana Hayride, and the Big D Jamboree. Two of his songs also reached the charts in cover versions: George Morgan scored a big hit with Cry-Baby Heart, and more significantly, Hank Williams cut Lost Highway, one of his most popular efforts. Payne's own recording of his I Love You Because, penned for his wife Myrtle, became his biggest hit in 1950; in the same year, both Ernest Tubb and Clyde Moody cut their own versions of the song. Williams also had another hit with Payne's They'll Never Take Her Love From Me. As the decade wore on, his songs grew even more popular among his contemporaries; among the most successful were Hank Snow's 1953 For Now and Always as well as a pair of hits for Carl Smith, 1954's More Than Anything Else in the World and 1956's Doorstep to Heaven.

Payne continued to record through 1964; in 1963, he issued two LPs, Leon Payne: A Living Legend of Country Music and Americana, and at one point even cut a rockabilly single, That Ain't It, under the alias Rock Rogers. Still, he never repeated the success of I Love You Because, which was later resurrected by Johnny Cash in 1960 and as a huge 1963 pop hit for Al Martino. A year later, it was also covered by Jim Reeves, who earned posthumous success with Payne's Blue Side of Lonesome in 1966 and I Heard a Heart Break Last Night in 1968. Also charting with renditions of I Love You Because were Smith in 1969, Don Gibson in 1978, and Roger Whittaker in 1983; most importantly, it was one of the songs recorded by Elvis Presley during his legendary Sun Records sessions of 1954.

In 1965, Payne suffered a heart attack which forced him to curtail his touring; that same year, his Things Have Gone to Pieces was a hit for George Jones. In 1967, Gibson covered Lost Highway, and Johnny Darrell was successful with They'll Never Take Her Love From Me. On September 11, 1969, Payne died following another heart attack. ~ Jason Ankeny, Rovi 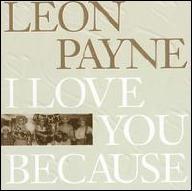 I Love You Because
2001
Videos
Close 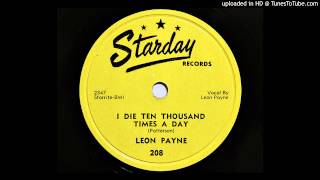 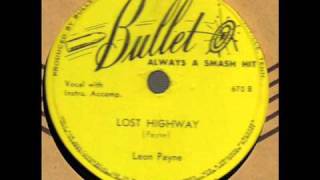 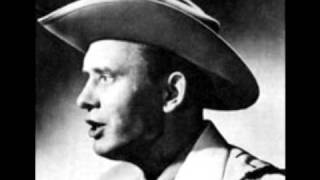 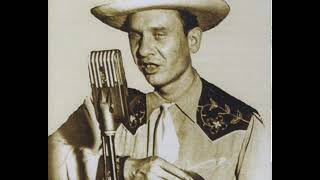 LEON PAYNE - If Teardrops Were Pennies 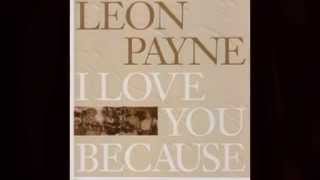 I Love You Because-Leon Payne 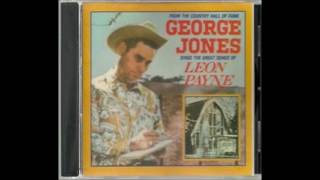 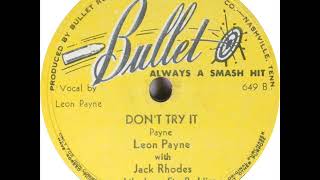