Close
Texas Alexander
from Jewett, TX
September 12, 1900 - April 16, 1954 (age 53)
Biography
Texas Alexander sang the blues in a voice that sounds and feels today like that of a kindred spirit to Huddie Ledbetter, Washboard Sam, Henry Thomas, or Blind Lemon Jefferson, with whom he sang during the early 1920s. During the years 1927-1934, he recorded some 69 sides (64 of which were issued) for the OKeh and Vocalion record labels in San Antonio, Fort Worth, and New York City. His accompanists were mainly guitar players (Lonnie Johnson, Eddie Lang, Carl Davis, Willie Reed, and Little Hat Jones) and also included pianists Clarence Williams and Eddie Heywood, Sr. as well as cornetist King Oliver and the Mississippi Sheiks. Alexander played no external instrument, expressing himself solely with his voice. He is said to have carried a guitar around with him in order to attract accompanists. His recordings are precious relics of early 20th century African-American culture in the rural southwestern United States.

Alger Alexander was born on September 12, 1900 in Jewett, Texas, midway between Houston and Dallas, and came up in Leona. He learned how to sing on the streets and gained a local following by performing in taverns and at social functions throughout the region. An intuitive improviser, his free-form singing method was a personalized outgrowth of the work song and the field holler. Alexander's unconventionally irregular sense of timing was clearly tied to his thought processes and breathing patterns. Lonnie Johnson was one of his most adroit accompanists and later described the task as challenging. King Oliver, who was patently unperturbed by the singer's tendency to change keys or drastically shorten the length of a line by dropping four or five bars, simply filled in with his horn wherever necessary. (This relaxed creative approach would be echoed many years later when AACM member, trumpeter, and multi-instrumentalist Ishmael Wadada Leo Smith stated that "the blues is exactly, in my way of understanding it, a free music.") Texas Alexander's 1928 sessions with Johnson and Lang occurred amidst the first of their now-cherished guitar duets. On April 9, 1934 Alexander waxed eight sides for OKeh with Sam and Bo Chatmon, the fiddle and guitar duo known as the Mississippi Sheiks, and six titles for Vocalion with his "Sax Black Tams," a group of unidentified players who handled alto sax, clarinets, guitars, and piano. During the Great Depression, Alexander worked with his cousin Sam Hopkins, later known as Lightnin', and during the late '30s he sang with Chester Burnett (Howlin' Wolf) and Lowell Fulson. His influence upon these men should not be underestimated.

According to reports, in 1939, Alexander acted out some of the frustrations inherent in his song lyrics by murdering his wife. For this he was confined in the State Penitentiary at Paris, Texas for five years beginning in 1940. (Later research called into question the allegations that Alexander killed his wife or spent any time in prison; he may have only been assigned to a work farm for "playing lewd music in public".) Alexander spent much of the late '40s in Houston, but by then his style of singing was far from fashionable, and an audition for Aladdin Records with his cousin bore him no fruit even as it led to Lightnin' Hopkins' first recording session with pianist Thunder Smith in 1946. Alexander's final record date took place in 1950 with guitarist Leon Benton and pianist Buster Pickens. The music was released on the Freedom label with the instrumentalists billed as Benton's Busy Bees. Alexander gradually succumbed to syphilis; he died from that malady on April 16, 1954 in Richards, Texas, and his remains were interred at Longstreet Cemetery in Grimes County. The musical impressions he left behind exerted a powerful influence on other Texas musicians and through them the entire nationwide blues tradition. Most of Texas Alexander's recordings have been compiled and reissued by the Document and Matchbox labels. A spurious statement to the effect that Texas Alexander composed The House of the Rising Sun is attributable to an erroneous interpretation of his 1928 recording, The Rising Sun. All that the two songs share is a portion of the longer title and a serious case of the blues. ~ arwulf arwulf, Rovi 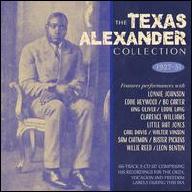 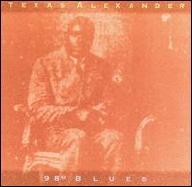 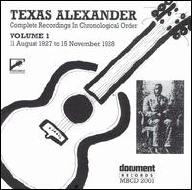 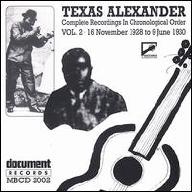 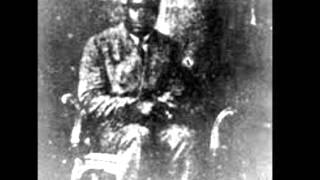 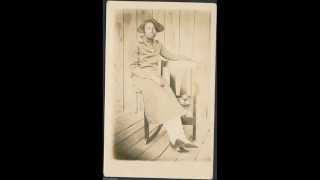 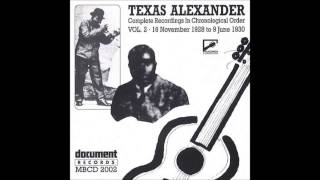 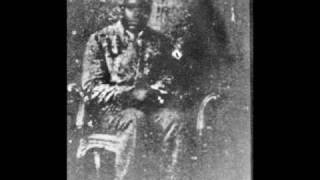 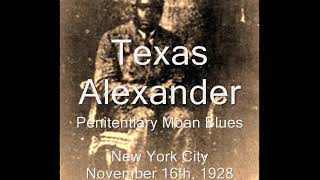 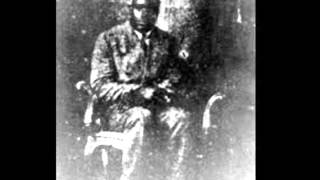 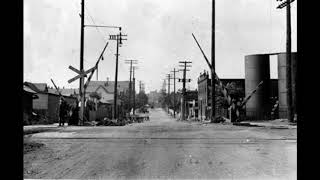