Close
Raymond Scott
from Brooklyn, NY
September 10, 1908 - February 8, 1994 (age 85)
Biography
Composer, bandleader, and inventor Raymond Scott was among the unheralded pioneers of contemporary experimental music, a figure whose genius and influence have seeped almost subliminally into the mass cultural consciousness. As a visionary whose name is largely unknown but whose music is immediately recognizable, Scott's was a career stuffed with contradictions. Though his early work anticipated the breathless invention of bebop, his obsession with perfectionism and memorization was the very antithesis of jazz's improvisational ethos. His best-known compositions, especially the rousing "Powerhouse," remain at large thanks to their endless recycling as soundtracks for cartoons, but he never once wrote a note expressly for animated use (aside from commercial jingles). And although his later experiments with electronic music (particularly the three-volume Soothing Sounds for Baby series, issued in 1963) pioneered the ambient aesthetic, the ambient concept itself was not introduced until a decade after the release of his original recordings. After decades of obscurity, Scott's work was rediscovered during the 1990s, as interest in space age pop, exotica, and early electronic music resurged. 1992's Reckless Nights Turkish Twilights compilation reintroduced his Quintette recordings to the record-buying public, and 2000's posthumously issued Manhattan Research, Inc. became a favorite of left-field electronic music aficionados, as well as a frequent sample source for hip-hop producers, including J Dilla and El-P.

Born Harry Warnow in Brooklyn on September 10, 1908, he was a musical prodigy, playing piano by the age of two; following high school, he planned to study engineering, but his older brother Mark -- himself a successful violinist and conductor -- had other ideas, buying his sibling a Steinway Grand and persuading him to attend the Institute of Musical Art, later rechristened the Juilliard School. After graduating in 1931, Scott -- the name supposedly picked at random out of the Manhattan phone book -- signed on as a staff pianist with the CBS radio network house band conducted by his brother. Finding the repertoire dull and uninspired, he began presenting his own compositions to his bandmates, and soon bizarre Scott originals like "Confusion Among a Fleet of Taxicabs Upon Meeting with a Fare" began creeping into broadcasts.

Scott remained a member of the CBS band until 1936, at which time he convinced producer Herb Rosenthal to allow him the chance to form his own group. Assembling a lineup originally comprised of fellow network veterans Lou Shoobe on bass, Dave Harris on tenor saxophone, Pete Pumiglio on clarinet, Johnny Williams on drums, and the famed Bunny Berigan on trumpet, he dubbed the group the Raymond Scott Quintette, debuting on the Saturday Night Swing Session with the song "The Toy Trumpet." The Quintette was an immediate hit with listeners, and Scott was soon offered a recording contract with the Master label. Dissent quickly broke out in the group's ranks, however, as Scott's obsessive practice schedule began to wear out his bandmates; Berigan soon quit, frustrated because the airtight compositions -- never written down, taught and developed one oddball phrase at a time -- allowed no room for improvisations.

Still, for all of Scott's eccentricities, his records flew off the shelves, their Dadaist titles ("Dinner Music for a Pack of Hungry Cannibals," "Reckless Night On Board an Oceanliner," and "Boy Scout in Switzerland") and juxtaposed melodies, odd time signatures, and quirky arrangements somehow connected with mainstream American audiences. Hollywood soon came calling, with the Quintette performing music for (and sometimes appearing in) features including Nothing Sacred, Ali Baba Goes to Town, and Rebecca of Sunnybrook Farm. Upon returning to New York, in 1938 Scott was tapped to become CBS' next music director; around the same time, he expanded the Quintette to big-band size, and by 1940 quit his network position to lead his ensemble on tour. He returned to CBS in 1942, however, assembling the first racially mixed studio orchestra in broadcast history.

In 1941, Warner Bros.' fledgling animation department bought the rights to Scott's back catalog, with music director Carl Stalling making liberal use of the melodies in his groundbreaking cut-and-paste cartoon soundtracks; Quintette favorites like the rollicking "Powerhouse" soon became immediately recognizable for their regular appearances in classic Bugs Bunny, Daffy Duck, and Porky Pig clips, the same music supporting the crazed antics of Ren & Stimpy and others half a century later. Indeed, generations upon generations of young viewers have received an unwitting introduction to avant-garde concepts through their repeated exposure to Scott's and Stalling's music, although none of the former's compositions were written with cartoons in mind. By the time Warner Bros. began using Scott's music on a regular basis in 1943, he had already moved on to new projects, including a lucrative career authoring commercial jingles.

In 1945, Scott wrote incidental music for the Broadway production Beggars Are Coming to Town; the year following, he teamed with lyricist Bernard Hanighen on the musical Lute Song, which yielded another of his best-known songs, "Mountain High, Valley Low." Also in 1946, Scott founded Manhattan Research, the world's first electronic music studio. Housing equipment including a Martenot, an Ondioline, and a specially modified Hammond organ, it was advertised as "the world's most extensive facility for the creation of Electronic Music and Musique Concrete." After his brother Mark's 1949 death, Scott took over his duties as the bandleader on the syndicated radio favorite Your Hit Parade, with his second wife, Dorothy Collins, soon assuming the position as the program's featured vocalist; that same year, he also scored theatrical productions of Peep Show and Six Characters in Search of an Author.

Of all of Scott's accomplishments of 1949, however, none was more important than the Electronium, one of the first synthesizers ever created. An "instantaneous composing machine," the Electronium generated original music via random sequences of tones, rhythms, and timbres. Scott himself denied it was a prototype synthesizer -- it had no keyboard -- but as one of the first machines to create music by means of artificial intelligence, its importance in pointing the way toward the electronic compositions of the future is undeniable. His other inventions included the "Karloff," an early sampler capable of re-creating sounds ranging from sizzling steaks to jungle drums; the Clavinox, a keyboard theremin complete with an electronic sub-assembly designed by a then 23-year-old Robert Moog; and the Videola, which fused together a keyboard and a TV screen to aid in composing music for films and other moving images.

In addition to hosting Your Hit Parade, Scott continued recording throughout the '50s, issuing LPs including This Time with Strings, At Home with Dorothy Raymond, and Rock 'N' Roll Symphony. Additionally, he cranked out advertising jingles at an astonishing rate, scored countless film and television projects, and even founded a pair of record labels, Audiovox and Master, while serving as A&R director for Everest Records. During the mid-'50s, Scott assembled a new Quintette; the 1962 edition of the group was its last. The year following, he issued the three-volume LP set Soothing Sounds for Baby, an "aural toy" designed to create a comforting yet stimulating environment for infants. As electronic music produced to inspire and relax, the records fit snugly into the definition of ambient suggested by Brian Eno a decade later, their minimalist dreamscapes also predating Philip Glass and Terry Riley.

By the middle of the '60s, Scott began turning increasingly away from recording and performing to focus on writing and inventing; a 1969 musical celebrating the centennial of Kentucky Bourbon was his last orchestral work, with his remaining years spent solely on electronic composition. Among his latter-day innovations was an early programmable polyphonic sequencer that, along with the Electronium, later caught the attention of Motown chief Berry Gordy, Jr., who in 1971 tapped Scott to head the label's electronic music research and development team. After retiring six years later, he continued writing -- his last known piece, 1986's "Beautiful Little Butterfly," was created on MIDI technology. By 1992, Scott's music was finally rediscovered by contemporary audiences, with the Reckless Nights Turkish Twilights compilation appearing to great acclaim. He died on February 8, 1994, at the age of 85.

Since Scott's death, his music has continued to grow in popularity, and additional reissues and volumes of unreleased material have surfaced. Dutch revivalist ensemble the Beau Hunks released two albums of Scott compositions on the Basta label, which subsequently reissued Soothing Sounds for Baby in 1997. In 2000, the label released Manhattan Research, Inc., a compilation of Scott's pioneering electronic works, including commercial jingles (some voiced by Jim Henson) and pieces for his invented instruments. 2003's Microphone Music compiled two CDs' worth of Quintette recordings. Ectoplasm, a selection of late '40s Quintette recordings, sometimes featuring Collins, appeared in 2008. Rewired was issued in 2014, including Scott compositions remixed by plunderphonic types the Evolution Control Committee, the Bran Flakes, and Go Home Productions. Three Willow Park, a further volume of electronic experiments from the 1960s and early '70s, was issued in 2017. In 2019, Modern Harmonic issued The Jingle Workshop: Midcentury Musical Miniatures 1951-1965. Hemidemisemiquaver, an album of recordings by Scott's CBS big band, was released by Real Gone Music in 2020. ~ Jason Ankeny, Rovi 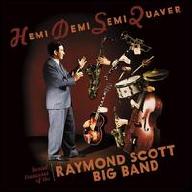 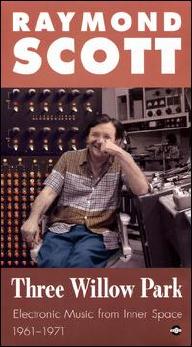 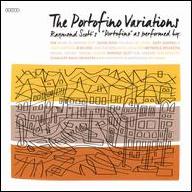 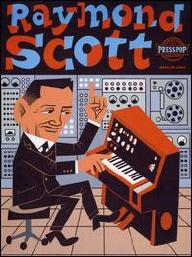 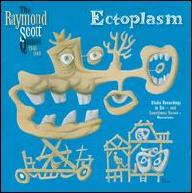 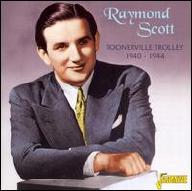 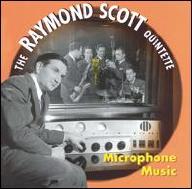 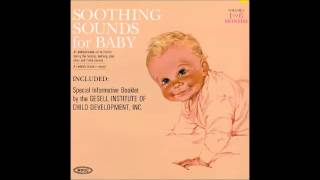 Deconstructing Dad: The Music, Machines and Mystery of Raymond Scott 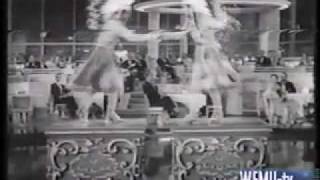 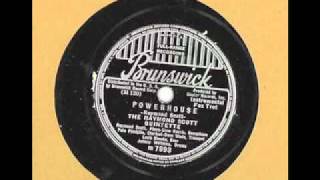 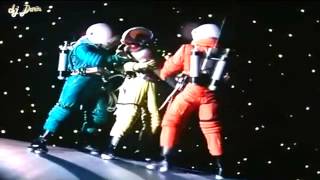 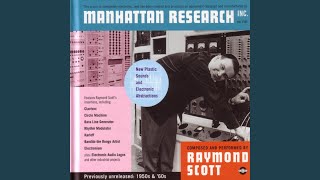 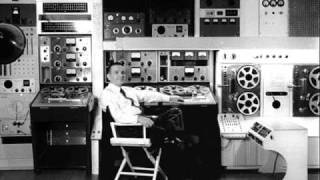