Close
Charlie Watts
from Wembley, Middlesex, England
June 2, 1941 - August 24, 2021 (age 80)
Biography
Charlie Watts was world famous as the drummer with the Rolling Stones, a position he held for nearly 60 years, and the subtle yet strong swing of his backbeat and his deceptively simple grooves would become one of the band's audible trademarks. When not busy with the Stones, Watts also enjoyed a celebrated sideline playing jazz, his first love, with a variety of British combos, both large and small. As with the Stones, Watts' jazz work didn't trade in flash, instead displaying a peerless instinct as to where to put the notes to best serve the music. The consistent strength of Watts' performances with the Rolling Stones are borne out on their career-spanning 2002 collection Forty Licks, while among his jazz recordings, 1992's A Tribute to Charlie Parker with Strings is a loving tribute to one of his favorite artists, 2004's Watts at Scott's captures him on-stage at London's premiere jazz venue, and 2017's Charlie Watts Meets the Danish Radio Big Band found him sitting in with a celebrated European ensemble.

Charles Robert Watts was born on June 2, 1941 in London, England. His father drove a lorry, while his mother worked in a factory. Watts grew up in Wembley, Middlesex, and as a youngster he developed a love of music, especially jazz, collecting 78s with his friend Dave Green ranging from Charlie Parker to Jelly Roll Morton. Watts was eager to learn to play an instrument, and in his early teens, he bought a banjo. He soon found he didn't enjoy working out the fingerings for songs, so he removed the neck from the banjo, put the head on a stand, and played it like a snare drum with brushes, following the style of Gerry Mulligan drummer Chico Hamilton. His folks thought he showed promise as a drummer, so they bought him a cheap drum kit in 1955, and his savings were spent on jazz records and upgrading his drum set. After completing secondary school, Watts enrolled at Harrow Art School, and he went on to land a job as a graphic designer and illustrator for an advertising agency. In his spare time, Watts played with a jazz group, but rhythm and blues was becoming the hot new sound in London, and Alexis Korner invited him to join his group Blues Incorporated. Watts took the gig and played out with Korner as his schedule permitted. Watts' tight, tasteful playing and powerful groove caught the attention of another British blues act, who needed a drummer and felt Charlie was the right man for the job. Watts initially opted to stay with Blues Incorporated, but when the Rolling Stones offered to pay him five pounds a week to play with them, he joined the group, playing his first show with them in February 1963. By the end of the year, they had developed a powerful reputation as a live act, and they signed with the British Decca label, with London Records distributing their recordings in North America. Their first single, "Come On," was a moderate hit, and the Stones were on their way. In April 1964, the Rolling Stones released their debut album, and following the success of the Beatles in the United States, they sought to conquer America. "Time Is on My Side" became their first Top Ten hit in the U.S. "(I Can't Get No) Satisfaction," issued in June 1965, became a massive international smash, and the Rolling Stones would spend the next several decades billing themselves as the Greatest Rock & Roll Band in the World.

While debauchery and wild living would be the order of the day for most of his bandmates, Watts was one Stone who was unimpressed with the trappings of fame. He wed his art school girlfriend, Shirley Ann Shepherd, in 1964, and they would stay together for 57 years. Watts rarely partied after a show, preferring to get a good night's sleep and draw pictures of his hotel rooms in his sketchbook. He used his fortune to indulge his taste in vintage suits, thoroughbred horses, and classic automobiles (despite the fact that he couldn't drive). And through the sometimes bumpy road of the Rolling Stones career, Watts would be a beacon of stability, remaining a steady force behind the kit. Watts was also a moderate drinker who avoided drugs until a combination of a midlife crisis and family problems led to him experimenting with hard drugs in 1983, resulting in a dark period that lasted two years. Tellingly, Watts would clean up when he realized his habit was ruining his marriage, and he gave up drugs and alcohol for life.

Despite his busy schedule with the Rolling Stones, Watts never lost his interest in jazz, and in 1964, he wrote and illustrated a children's book inspired by the life of Charlie Parker, Ode to a High Flying Bird. In the late 1970s, during downtime from the Stones, he began performing with Rocket 88, a group specializing in classic boogie-woogie led by Ian Stewart, the Stones' original pianist and longtime road manager. The group put out an eponymous album recorded during a show in Germany in 1979, in March 1981. After kicking his drug habit in the mid-1980s, Watts began indulging his love for jazz in a bigger way, and he formed the Charlie Watts Orchestra. A 33-piece ensemble featuring a number of notable British jazz artists, it toured the United Kingdom, Europe, and the United States. A March 1986 performance by the Orchestra was recorded and then released later the same year as Live at Fulham Town Hall. 1991 saw the release of From One Charlie, with Watts anchoring a band playing favorites from the Charlie Parker catalog; the package included a version of his Ode to a High Flying Bird book. Watts paid further homage to Parker with his next album, 1992's A Tribute to Charlie Parker with Strings, featuring Peter King on sax and credited to the Charlie Watts Quintet. Watts recruited Bernard Fowler, a vocalist who had become part of the Stones' touring ensemble, for 1993's Warm Tender, a low-key collection of classic standards. Fowler rejoined the Charlie Watts Quintet, with the London Metropolitan Orchestra lending support, for 1996's Long Ago Far Away, another set of familiar standards. Watts and well-respected studio drummer Jim Keltner created an unusual effort with 2000's Charlie Watts Jim Keltner Project, which featured nine percussion-based pieces laced with electronics that paid tribute to some of their favorite drummers. Watts was in more traditional form on 2004's Watts at Scott's, with Charlie's new ensemble the Tentet recorded live at Ronnie Scott's, long regarded as London's finest jazz club. With Axel Zwingenberger, Ben Waters, and Dave Green, Charlie became 25% of the ABC D of Boogie Woogie, an ad hoc quartet devoted exclusively to playing vintage boogie-woogie numbers, and they issued an album, Live in Paris, in 2012. Watts sat in with the Danish Radio Big Band for the 2017 LP Charlie Watts Meets the Danish Radio Big Band, which included jazz arrangements of three Rolling Stones classics as well as several more traditional jazz pieces.

Watts's various jazz projects were, of course, created when the Rolling Stones weren't occupied with touring and recording, and the group kept up a busy schedule in the 21st Century. On August 19, 2019, the Stones played a show in Miami, Florida, the last concert before a touring break, performing the final song as rain poured down. The COVID-19 pandemic forced the band to cancel a number of scheduled dates in 2020, and on August 3, 2021, they issued a press release revealing that Watts would be sitting out the make-up shows set to begin in September, due to health issues, with Steve Jordan (a friend of the band who had played on Keith Richards' solo project) as his temporary replacement. On August 24, 2021, Charlie Watts died at a London hospital, surrounded by family, at the age of 80. ~ Mark Deming, Rovi 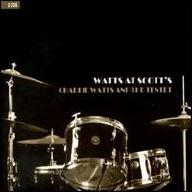 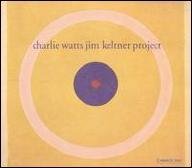 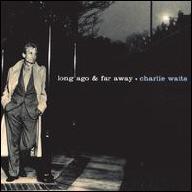 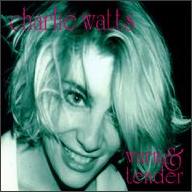 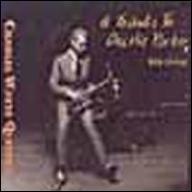 Tribute to Charlie Parker with Strings
1992 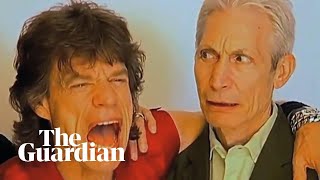 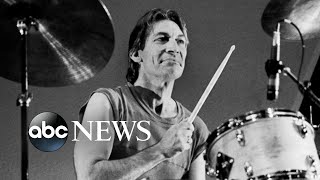 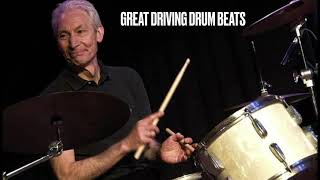 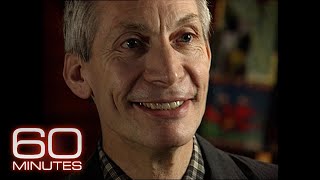 Charlie Watts on the roles of the Rolling Stones 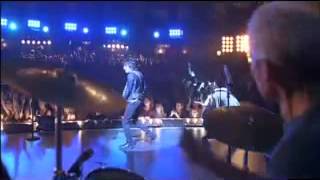 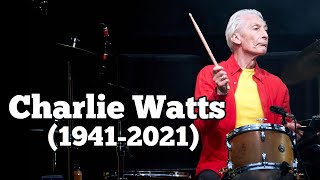 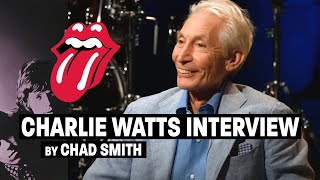