Close
Tony Meehan
from Hampstead, London, England
March 2, 1942 - November 28, 2005 (age 63)
Biography
Tony Meehan was one of the great success stories of early British rock & roll -- in 1958, all of 15 years old, he played his first rock & roll gig, and within weeks he was getting as many offers as he could handle to play drums with some of the top music talent in London. Hardly a year after that, he was one of the best-known drummers in England, and one of a handful of teenaged musicians of the time to achieve national rock & roll stardom.

Born Daniel Joseph Anthony Meehan in Hampstead in 1943 (some sources say 1942), he took up the drums at age ten, and was good enough to earn a spot playing timpani in the London Youth Orchestra. His parents wanted him to go into law, but Meehan was hooked on music -- mostly jazz -- from the start of his teen years. And his first visit to the 2I's coffee bar in London's Soho, at age 15, marked the point of no return. It was then that he first met bassist Jet Harris and guitarists Hank Marvin and Bruce Welch, who were already playing together (as the Drifters), and he was invited to play with them, a situation that very soon became permanent.

In order to appreciate what this combo represented, one has to understand the rock & roll scene as it existed in England in 1958. The music had started catching on as an American export as early as 1955, but it soon became clear that what British teenagers -- though they were properly enthusiastic when 30-ish rock & roll star Bill Haley came over -- really wanted was for the music to be played by people like them. The British entertainment industry tried to oblige with artists such as Tommy Steele and his band, but it was obvious to anyone looking that Steele and company were a packaged product; what the kids wanted was something a little more real, preferably other teenagers making the music, American style and spontaneously.

The Drifters, as they were called then, did that, both on their own and with lead singer Cliff Richard out in front, and they were all young: Harris was the old man of the group, born in 1939; Marvin and Welch had both come into the world in 1941; and then along came the 15-year-old Meehan, born in 1943, to help seal the deal for audiences. There were plenty of drummers playing rock & roll around London at the time, and some of them were prodigiously talented, but almost all of them were 30-ish jazzers, and looked it, and while they were often great musicians, most were playing in rock & roll bands as a way of cashing in on this fad and picking up what work there was. It was clear to most onlookers that the best drummers on the scene really weren't part of the scene, while the young percussionists were usually too limited in their abilities to compete, even if they looked the part.

Meehan was the answer to a prayer -- literally half as old as his most talented competition (not yet 20, forget 30) and just as good a drummer, and he played the music for real and looked just right doing it. And with his combination of skill and energy, plus his youthful appearance, he was soon getting as many bookings as he could handle. Indeed, he and Harris quickly became a double act, and when they weren't playing with Marvin and Welch, they were working in bands backing such established talent as Wee Willie Harris, Vince Eager, Vince Taylor, and Tony Sheridan. The names might not mean much in the 21st century, especially outside of England, but to any teenager in Britain of the time, just seeing those people in concert would have been memorable, and here was Meehan, barely 16, playing with them.

By 1959, the Drifters -- soon renamed the Shadows in deference to the American R&B group the Drifters -- were established, first as Cliff Richard's backing band and later in their own right, as the top rock & roll band in England. Their records sold by the tens and hundreds of thousands, and their following was so huge that Meehan and Harris were stars, almost as well known to English teenagers of that era as the members of the Beatles would be to British youth in mid-1963. Meehan was there first, years ahead of Ringo Starr as a star behind the drum kit -- along with Clem Cattini of Johnny Kidd the Pirates, he would be part of the first group of young rock & rollers in England to achieve recognition for their skills as musicians. Kids ate up his playing on records like Apache, the Shadows' breakthrough hit, and the group's other early singles, and articles were written about his and Harris' work, much as they were about Cliff Richard's vocalizing.

Meehan was the last to join the classic Shadows lineup, and also the first to leave, but it wasn't by design or -- really -- choice. As fine a drummer as he was, it turned out that he never fully adjusted to the extensive touring that their success demanded. He became notorious for showing up late, and then missing parts of gigs, and finally by the fall of 1961 he was gone from the band. Meehan then went to work as a fledgling producer at England's Decca Records, and saw some success in the pre-Beatles era of British pop/rock with I'm Just a Baby, recorded by Louise Cordet and issued the following spring. And although he didn't return to touring, his drumming could be heard on records by the likes of Billy Fury, Adam Faith, et al., and on solo sides by Jet Harris, the latter having quit the Shadows in the spring of 1962. Meehan continued working in these dual capacities behind the scenes until late that year when the manager that he and Harris shared, Jack Good, conceived of the notion of pairing them as a duo.

This made sense, as Meehan was on the records anyway, and people still associated each with the other from their days with the Shadows. In early 1963, they scored a monster hit with their second single, an instrumental called Diamonds, written by Jerry Lordan, who had composed Apache and several other of the Shadows' biggest hits. It reached number one on the British charts later that winter, knocking their former group's latest single out of the top spot in the process, and it looked like Jet Harris Tony Meehan were headed for superstardom -- even more remarkable was the fact that this took place against the backdrop of the Beatles' rise to fame and the establishment of the Liverpool sound as the dominant form of British rock & roll.

It was at that point, coinciding with the release of the follow-up single Applejack, amid a heavy schedule of concerts and television appearances, that disaster struck -- Harris was severely injured in a car accident. Though the bassist gamely tried to carry on, it fell to Meehan, who never liked touring, to put together a band to fulfill their contractual obligations. The resulting Tony Meehan Combo, assembled in the summer of 1963, had some of the top young talent of the day: Joe Moretti, who had played (and devised) the lead guitar part on Shakin' All Over by Johnny Kidd the Pirates, on lead guitar; John McLaughlin (yes -- of future Mahavishnu fame) on rhythm guitar; John Paul Jones, then billed as John Baldwin, on bass; and Meehan on drums. They played the shows that they had to, and by all accounts did a superlative job, at least when they played the hits that Meehan and Harris were associated with -- but when they tried to do their own music, which was much more a form of jazz-rock fusion, the audiences got impatient and even surly. Still, they were together long enough to get a single released, Song of Mexico b/w Kings Go Fifth, that charted in England.

By 1965, however, Meehan had returned to production and session work, with figures such as Tim Hardin, Roger Daltrey, and Eric Burdon. Hardin's 1973 album, Painted Head, was virtually a musical tour de force for Meehan, who not only produced but also played upwards of a dozen instruments on the record. He made occasional appearances at conventions of Shadows fans over the ensuing decades, and even played with the group again on one occasion in 1968, substituting for an indisposed Brian Bennett, but he never seemed to be too concerned about recapturing lost glories, assuming he thought of them as glories at all, or lost. Meehan was content with what he'd had, along with the lingering recognition that he occasionally received for the first nine years of his professional work. He died in November of 2005, at age 62, from head injuries sustained in a fall in his home. ~ Bruce Eder, Rovi 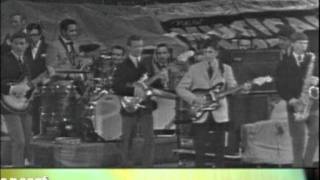 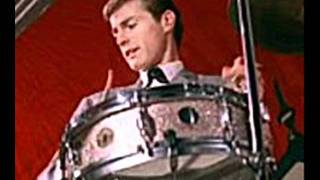 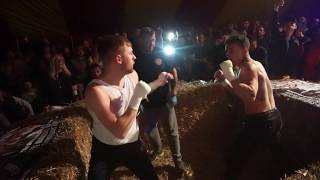 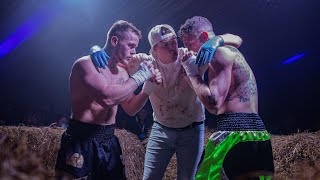 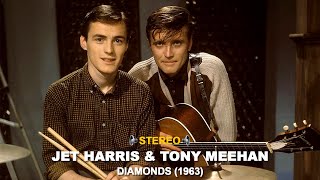 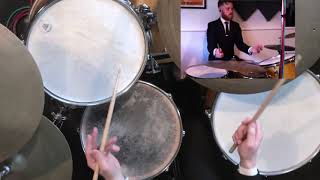 See You In My Drums - The Shadows (Tony Meehan Transcription)
Available here: