Close
Kokomo Arnold
from Lovejoys Station, GA
February 15, 1901 - November 8, 1968 (age 67)
Biography
"Kokomo" was a popular brand of coffee early in the 20th century, and was the subject of Francis Scrapper Blackwell's first recorded blues in 1928. When slide guitar specialist James Arnold revamped this number as Old Original Kokomo Blues for Decca in 1934, little did he know that this would soon become his permanent handle -- Kokomo Arnold.

Kokomo Arnold was born in Georgia, and began his musical career in Buffalo, New York in the early '20s. During prohibition, Kokomo Arnold worked primarily as a bootlegger, and performing music was a only sideline to him. Nonetheless he worked out a distinctive style of bottleneck slide guitar and blues singing that set him apart from his contemporaries. In the late '20s, Arnold settled for a short time in Mississippi, making his first recordings in May 1930 for Victor in Memphis under the name of "Gitfiddle Jim." Arnold moved to Chicago in order to be near to where the action was as a bootlegger, but the repeal of the Volstead Act put him out of business, so he turned instead to music as a full-time vocation.

From his first Decca session of September 10, 1934 until he finally called it quits after his session of May 12, 1938, Kokomo Arnold made 88 sides under his own name for Decca, which rejected only nine of them -- two of the rejected titles have since been recovered. On some sides he was joined on piano by Peetie Wheatstraw, although most of Kokomo Arnold's records were made solo. Arnold also played guitar on two tunes cut in July 1936 by Oscar's Chicago Swingers, a dance band led by singer Sam Theard. Judging from the overall size of his recorded output, you might suspect that he was a success as a recording artist, and this was true; along with Peetie Wheatstraw and Amos Easton (Bumble Bee Slim), Kokomo Arnold was a predominant figure among blues singers in the Decca Race catalogues of the 1930s. He was also well-known as a live performer as well, appearing mainly in Chicago, but also on at least a couple of occasions in New York.

Some of Kokomo Arnold's songs proved highly influential on other musicians. His first issued coupling on Decca 7026 paired Old Original Kokomo Blues with Milk Cow Blues. Delta Blues legend Robert Johnson must've known this record, as he re-invented both sides of it into songs for his own use -- Old Original Kokomo Blues became Sweet Home Chicago, and Milk Cow Blues became Milkcow's Calf Blues. Milk Cow Blues ultimately proved of use, more or less, in its original form with some "real gone" modifications, to another artist a little further down the line: Elvis Presley.

As for Kokomo Arnold himself, he quit the music business in disgust in 1938 and went into factory work in Chicago. He was rediscovered there by blues researchers in 1962, but didn't show much enthusiasm for reviving his musical career, and certainly did not resume recording. Kokomo Arnold died of a heart attack at the age of 67.

Some blues pundits have drawn a direct qualitative value between Peetie Wheatstraw and Kokomo Arnold, with Arnold coming out on top. There was a popular re-issue album in the 1960s featuring eight songs by each artist which seemed to support this conclusion. This has no real relevance however; although they were personally acquainted and recorded together, Kokomo Arnold and Peetie Wheatstraw were really working different ends of the 1930s blues spectrum. Their main connection to one another is their combined influence on Robert Johnson, and in this respect Wheatstraw seems to have had the upper hand. ~ Uncle Dave Lewis, Rovi 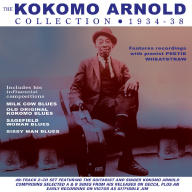 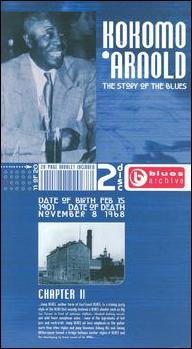 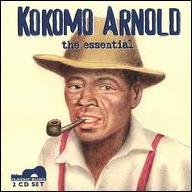 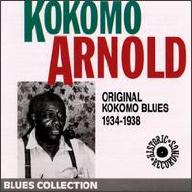 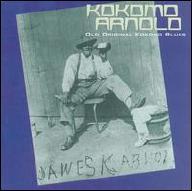 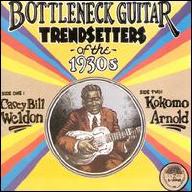 Bottleneck Guitar Trendsetters Of The 1930s
1992 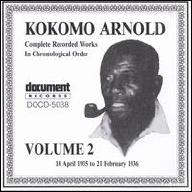 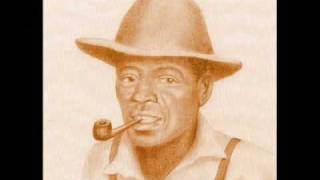 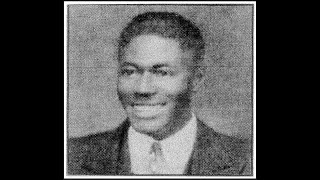 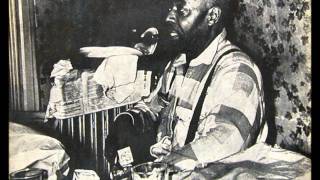 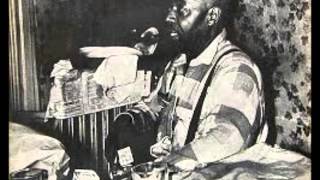 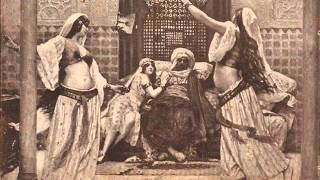 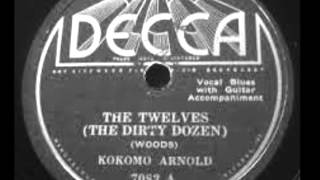