Close
Julia Wolfe
from Philadelphia, PA
December 18, 1958 (age 63)
Biography
Julia Wolfe is ranked among the more important composers stylistically linked to post-minimalism. Though her music falls under that broad and somewhat nondescript tag, it is quite eclectic and almost defies classification. There is a range of disparate elements in her works, from rock and minimalist influences to features such as long pauses and various extreme uses of sound, which achieve massive, some might say deafening, decibel levels. She has also incorporated microtonal elements and natural sounds emanating from both rural and urban sources. Wolfe has written for orchestra, chamber ensemble, solo keyboard, and for theater and film.

Wolfe was born in Philadelphia on December 18, 1958. She studied at Yale University with Martin Bresnick, where she earned a master's degree. She enrolled at Princeton later on and obtained a doctorate. In 1987, she co-founded the progressive music organization and festival Bang on a Can with her husband, composer Michael Gordon, and fellow composer David Lang. Though she was already a seasoned composer at the time, having written music for productions at the Wild Swan Theater and having produced chamber works like on On Seven-Star-Shoes (1985), she would soon turn out such important compositions as Amber Waves of Grain, for orchestra (1989), and Four Marys, for string quartet (1991). Wolfe was also beginning to attract commissions from prestigious sources, including the Library of Congress, Koussevitzky Foundation, the American Academy and Institute of Arts and Letters, and from ensembles like the Kronos Quartet. In the new century, Wolfe has been active as a teacher, first at the Manhattan School of Music and later at New York University, where she is a professor of composition. In 2001, Wolfe, Gordon, and Lang founded the label Cantaloupe.

In the late '90s, Wolfe collaborated with Gordon and Lang on the so-called comic book opera The Carbon Copy Building, which was premiered in Turin, Italy, in 1999. Among her later works is Steel Hammer (2009), the first in a series of compositions concerning the American worker. Following in this series are Anthracite Fields (2014), which won a Pulitzer Prize, and Fire in My Mouth (2019), which was commissioned and premiered by the New York Philharmonic. The premiere of Fire in My Mouth was recorded live, and its release was nominated for a Grammy Award in 2019. Another notable recording is the 2009 Cantaloupe release entitled Dark Full Ride, which consists of four works scored, respectively, for multiple sets of bagpipes, drums, pianos, and double basses. Her works have been available on a variety of labels, including Decca Gold, Elektra/WEA, and Point Music. ~ Robert Cummings, Rovi 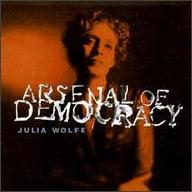 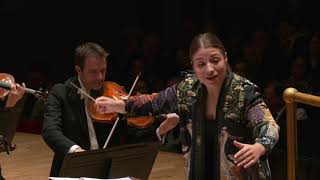 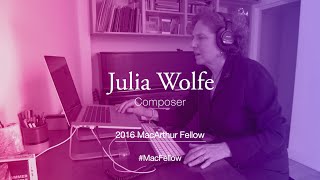 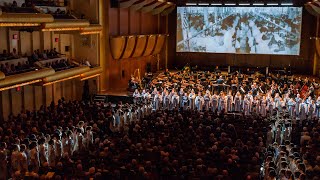 “Protest” from Julia Wolfe’s “Fire in my mouth” 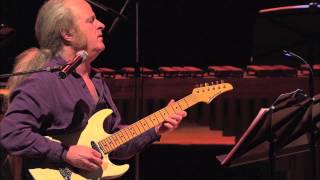 Bang on a Can All-Stars: Reeling (Julia Wolfe) 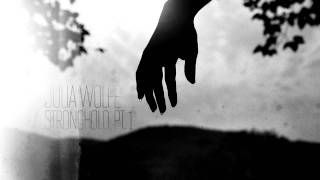 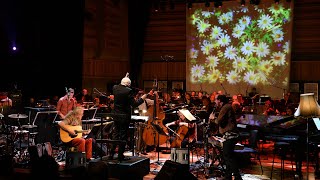 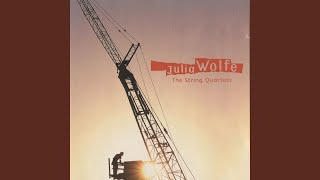