Donald Christopher Chris Barber was born on April 17, 1930, in Welwyn Garden City, Hertfordshire, just north of London, England. After studying double bass and trombone at London's Guildhall School of Music, he assembled the King Oliver-inspired Barber New Orleans Band in 1949. In 1953 he co-founded a group called the Jazzmen with Ken Colyer, a cornetist who had just returned from New Orleans where he had worked with clarinetist George Lewis. In 1954 the group was rechristened Chris Barber's Jazz Band. Trumpeter Pat Halcox had begun what would amount to a 59-year commitment, banjoist/guitarist Lonnie Donegan now sang songs from the jazz, blues, and folk traditions, and Barber sometimes performed on the string bass while Beryl Bryden stroked a washboard.

Donegan and Barber are credited with having ignited the mid-'50s U.K. skiffle movement with a 1955 cover of Leadbelly's "Rock Island Line" that went gold on both sides of the Atlantic. Another of the band's chart-topping hits was its interpretation of Sidney Bechet's "Petite Fleur," a feature for clarinetist Monty Sunshine that led to the eventual rise of pop instrumentalist Acker Bilk. The year 1955 also saw the arrival of Barber's future wife, vocalist Ottilie Patterson, a blues-based performer who sang duets with Sister Rosetta Tharpe when the gospel/swing star sat in with the band in 1957. Barber's often surprisingly diverse lineup also included Jamaican saxophonists Joe Harriott and Bertie King.

In 1959 Barber went cinematic by generating music for Look Back in Anger, a film noir exercise in kitchen sink realism directed by Tony Richardson and starring Richard Burton as a violently misogynistic, emotionally disturbed confection peddler and part-time Dixieland trumpeter (dubbed by Pat Halcox). Barber made the first of many U.S. tours in 1959, bringing out of the woodwork African-American jazz veterans like pianist Hank Duncan, clarinetist Edmond Hall, trumpeter Sidney DeParis, and rhythm & blues pioneer singer/saxophonist Louis Jordan. Barber's 1960s discography includes air shots from the BBC radio archives and live recordings made in Budapest and East Berlin, with gospel and folk material enriching the already fertile ground of the band's repertoire.

As the years passed, a gradually renamed Chris Barber's Jazz Blues Band regularly employed blues and rock musicians, blurring the artificially imposed delineations between genres while offering music that was accessible to a wide range of listeners. In 1964, he brought on board blues guitarist John Slaughter as a full-time member. He also recorded a 1972 album with guitarist Rory Gallagher, Drat That Fratle Rat. Barber spent a lot of time performing in Europe during the 1970s, and after the passing of Duke Ellington deliberately sought out some of Duke's key soloists in organist Wild Bill Davis, saxophonist Russell Procope, and singer/trumpeter/violinist Ray Nance.

Throughout the 1980s Barber stayed faithful to his traditional and progressive instincts by teaming up with Louisiana singer, philosopher, and keyboardist Dr. John. Originally from backgrounds as different as could be, the two made several records together, including 1990's On a Mardi Gras Day, and toured a show called Take Me Back to New Orleans. The 1990s and the first decade of the 21st century found Barber carrying the torch of trad jazz into his sixth decade of creative professional activity, often expanding his group to include 11 players while consistently delivering music of unpretentious warmth and historic depth. Barber suffered from dementia in his later years and retired from performing in 2019. He died on March 2, 2021 at the age of 90. ~ arwulf arwulf, Rovi 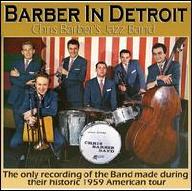 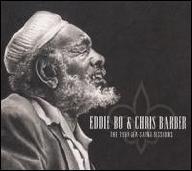 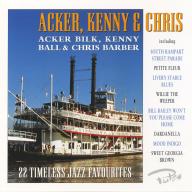 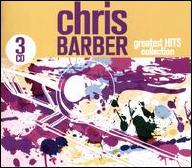 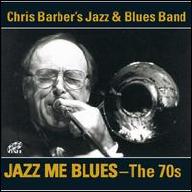 Plays the Music of Clarence and Spencer Williams
2013
Videos
Close 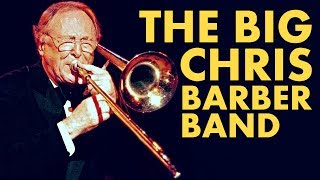 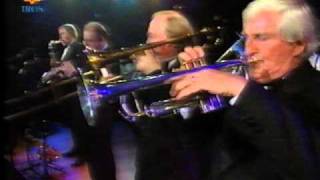 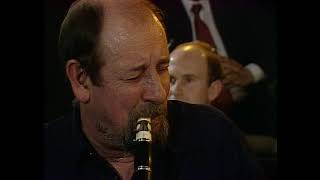 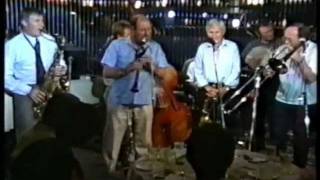 Chris Barber Jazz & Blues Band - When You Wore a Tulip 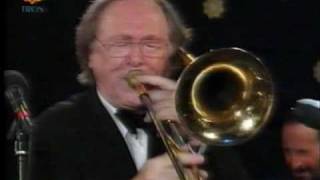 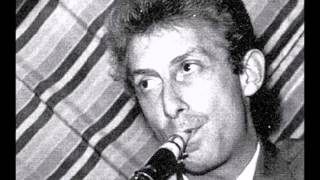 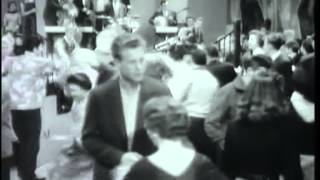