Close
Joe Willie Wilkins
from Davenport, MS
January 7, 1923 - January 1, 1981 (age 57)
Biography
Rebellion against his parents was certainly not part of the scenario with this bluesman, who was mostly known as a sideman, but was a major influence as a guitarist all the same. He was born in the heart of the Mississippi Delta and his father was the bluesman Papa Frank Wilkins, a friend of the great country bluesman Charley Patton. Joe Willie Wilkins was already picking pretty good blues guitar at an early age, after also learning both harmonica and accordion. He picked up the nickname of "the Walkin' Seeburg," a reference to the brand name of a popular jukebox in the '30s, for his knack at learning songs, resulting in a unique ability to perform almost any request. In the early '40s, he replaced Robert Jr. Lockwood in the band of the hard-driving harmonica champion Sonny Boy Williamson II, a gig that required an ability to play the type of jazzy phrases, chords, and runs that the leader favored in his arrangements. The guitarist can be heard on a good number of recordings by Williamson, as well as on sides by artists such as Willie Love and Big Joe Williams, playing bass with the latter master of blues eccentricity. Along with fellow guitarist Houston Stackhouse, Wilkins performed with Williamson on the famous KKFA Mother's Best Flour Hour radio show out of Helena, AR; if blues fans were all bakers, this would be the most popular brand of flour in the world. Whatever effect the music did have on flour sales, it certainly turned heads of musicians. According to no less an expert than Muddy Waters, Wilkins was the first guitarist he heard in Mississippi who was playing single string patterns without using a slide. The dropping of the slide was an essential stylistic trademark of the new postwar electric blues guitar playing. Waters has been quoted praising Wilkins highly: "The man is great, the man is stone great. For blues, like I say, he's the best." B.B. King must have also thought so; he took lessons from Wilkins in the late '40s, and some blues fans feel there is a little bit of this elder statesman in every riff B.B. King plays.

Spin-off bands also evolved from the membership of Williamson's bands. In 1950, Wilkins formed the Three Aces with Willie Nix and Love, although "the Three Willies" would have been a more obvious name. This group broadcast over KWEM in 1950, attracting the attention of producer Sam Phillips, leading to Wilkins' tenure as house guitarist for Phillips' Sun Records at its Memphis studio. The guitarist also backed many artists recording for Trumpet in Jackson, MS. He recorded as a sideman with most great '50s bluesmen, including Arthur Big Boy Crudup, Roosevelt Sykes, Big Walter Horton, Little Walter Jacobs, Mose Vinson, Memphis Al Williams, Joe Hill Louis, Elmore James, and Floyd Jones. Some of the guitarist's wildest playing can be heard on the Sykes track entitled Sputnick; the guitar solo has almost a rockabilly sound.Wilkins toured a great deal in the South, spent many hours in Chicago recording studios, but always wound up returning home to his adopted home of Memphis. His relationship with Stackhouse continued through the years out of their mutual base in this city. Wilkins was Stackhouse's landlord, a relationship which did not prevent them from performing together frequently in the city's blues festival and the traveling Memphis Blues Caravan, a Sonny Boy Williamson II tribute band. One can assume the repertoire did not include the famous blues House Rent Boogie, with lyrics boasting: "You ain't gettin' no back rent! You ain't gettin' no front rent either!"

Wilkins was so dedicated to performing that he continued touring even after undergoing a colostomy in the late '70s. Although some biographers list his death as occurring in 1979, his final performances were an East Coast tour in 1981, and he died in the week following these engagements. This artist's original songs include Hard Headed Woman and "It's Too Bad." There is a biographical essay on him in the book entitled -Goin' Back to Sweet Memphis: Conversations With the Blues by Fred J. Hay. ~ Eugene Chadbourne, Rovi 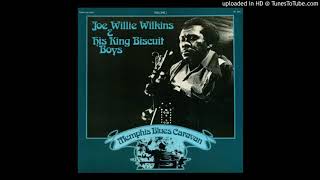 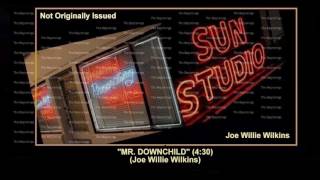 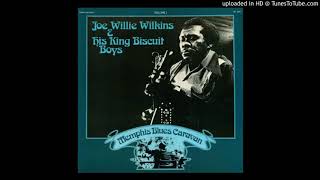 Sonny "Harmonica" Blake - Bring It On Home to Me! 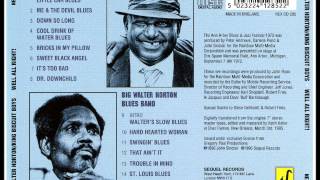 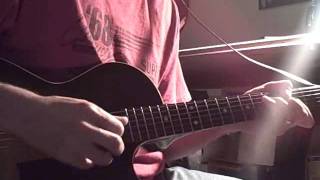 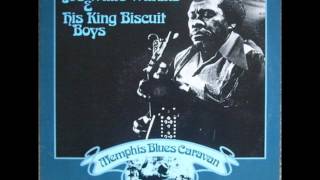 Joe Willie Wilkins and His King Biscuit Boys, It's too bad
Available here: