Close
The Pretty Things
from Kent, England
formed January 1, 1963 (age 59)
Biography
Musically, the Pretty Things were one of the toughest and most celebrated artists to rise from the Beat/British Invasion era, and among the very best British R&B bands of the '60s. Commercially, they were often seen as also-rans, more talked about than listened to, especially outside Great Britain, since many of their most important albums were never released elsewhere until decades after the fact. Their cult was drawn to either their vicious early records, where they sometimes seemed like a meaner version of the Rolling Stones, or to their 1968 psychedelic touchstone S.F. Sorrow. At first, the Pretty Things seemed like rivals to the Rolling Stones, and that was no great leap: guitarist Dick Taylor played bass in the first incarnation of the Stones before teaming with Phil May to form the Pretties in 1963. Taking their name from a Bo Diddley song, the Pretty Things were intentionally ugly: their sound was brutish, their hair longer than any of their contemporaries, their look unkempt. Their first two singles, "Rosalyn" and "Don't Bring Me Down," charted in 1964, and their eponymous debut LP made the U.K. Top Ten a year later, but that turned out to be the peak of their commercial success. The Pretty Things may not have shown up on the charts, but their cult proved to be influential: it's been said S.F. Sorrow inspired Pete Townshend to write Tommy for the Who, and David Bowie covered both "Rosalyn" and "Don't Bring Me Down" for his 1973 album Pin Ups. The Pretty Things were survivors, soldiering on through the '70s, turning into a harder, heavier outfit that was rewarded with minor U.S. success (1974's Silk Torpedo and 1976's Savage Eye made the lower reaches of the charts), and they cut a credible new wave album, Cross Talk, in 1980. The Pretty Things split not long afterward, but their cult remained strong and they became a semi-active concern at the beginning of the new millennium, reuniting periodically for tours and recordings. Their first two albums, 1965's The Pretty Things and Get the Picture?, are the high points of their R&B period; 1968's S.F. Sorrow is their psychedelic touchstone; 1970's Parachute is an ambitious mix of psychedelia, pop, and hard rock; 1999's Rage... Before Beauty was a comeback effort that showed they could still rock credibly; and 2020's Bare as Bone, Bright as Blood was a bluesy acoustic effort that found them exploring new ideas up to the very end.

Such perseverance would've seemed unlikely back in 1963 when Dick Taylor and Phil May first formed the band. Taylor had been playing with Mick Jagger in a London outfit called Little Boy Blue the Blue Boys since he was a schoolboy and he later met Keith Richards at Sidcup Art School. In 1962, Taylor, Jagger, and Richards all started playing, once again calling themselves Little Boy Blue the Blue Boys, with Brian Jones and Ian Stewart aboard, and this group turned into the Rolling Stones, but Taylor tired of bass and left to concentrate on art. Soon, he was convinced by fellow Sidcup Art School student Phil May to form the Pretty Things. The duo brought in bassist John Stax, guitarist Brian Pendleton, and drummer Pete Kitley; the latter would soon be replaced by Viv Prince. Bryan Morrison, who also was attending art school with Taylor and May, managed the band and helped get them signed to Fontana.

"Rosalyn," the group's first single, peaked at 41 in 1964, but "Don't Bring Me Down" went to ten and "Honey I Need" topped out at 13 in 1965. These three singles helped the group's self-titled debut reach number six on the U.K. album charts, but with success came some turbulence. Drummer Prince left toward the end of 1965 and was succeeded by Skip Alan, while the group's 1966 album Get the Picture? showed the rough, ragged rock & roll group adopting a slight pop art stance.

More lineup changes soon followed -- Pendleton and Stax had left by early 1967, with John Povey and Wally Waller taking their place -- and Fontana pushed the group in a softer, string-laden direction for that year's Emotions. This wasn't a hit and the Pretty Things soon lost drummer Alan and decamped for EMI's Columbia, where they recorded what is roundly regarded as their masterpiece, S.F. Sorrow. Appearing at the end of 1968, S.F. Sorrow is by many measures the first rock opera, earning a big cult following but not selling much.

Dick Taylor left in the wake of S.F. Sorrow -- guitarist Victor Unitt, previously of the Edgar Broughton Band, took his place -- and Alan returned to the band. This new lineup first stretched their legs supporting French playboy Philippe DeBarge as he dipped his toes into rock & roll -- these recordings were long shelved but appeared in 2010 -- and this wasn't the only way the Pretty Things made money; they moonlighted anonymously for the music library company De Wolfe, recording film music that wound up reissued under the name Electric Banana. Despite all this activity, the next big release from the Pretty Things was Parachute in 1970, which received acclaim but no sales.

The lack of success led to a temporary disbandment, but they regrouped for a new contract with Warner that was inaugurated with Freeway Madness in 1972. Next, they teamed up with manager Peter Grant -- the giant behind Led Zeppelin -- and were signed to Swan Song, which released Silk Torpedo in 1974 and Savage Eye in 1976. These harder, heavier records were a bigger success in America than any previous Pretty Things LP, but it wasn't enough to keep the group together and they split up in 1976.

A full-fledged reunion teaming Phil May and Dick Taylor came in 1980 when the group recorded Cross Talk, an admirable attempt to ride the new wave that did not sell. They split again, but May and Taylor started to perform regularly under a variety of different monikers, including teaming with Yardbirds drummer Jim McCarty in the '90s. As the new millennium approached, they embarked on special projects such as a revival of S.F. Sorrow, and then they recorded a brand-new full-length album called Rage...Before Beauty in 1999. Reissues and biographies followed in the 2000s, as did one more album, 2007's Balboa Island, and the band also toured regularly.

The Pretty Things decided to celebrate their 50th anniversary in style, touring Europe and the U.K. in 2013 and releasing the career-encompassing box Bouquets from a Cloudy Sky in 2015. The box set found the band looking back during a potentially dark time, as Phil May suffered a serious health scare in 2014 when he was diagnosed with chronic obstructive pulmonary disease, which impacts the lungs and makes it very difficult to breathe. But after giving up smoking and adopting a healthier lifestyle, May was well enough to begin work on a new Pretty Things album with Taylor, guitarist Frank Holland, bassist George Woosey, and drummer Jack Greenwood, and late 2015 saw the bloodied but unbowed Pretties not only winning enthusiastic reviews for The Sweet Pretty Things (Are in Bed Now, Of Course...), but touring Europe and the U.K. in support.

In 2018, the Pretty Things announced they were retiring, citing the difficulties of touring and Phil May's ongoing health problems. On December 13, 2018, the group played what was billed as their final show at Indigo at the O2 Arena in London. Special guests David Gilmour and Van Morrison joined the Pretties on-stage for the show, as did several former members of the group, including Skip Alan, John Povey, and Wally Waller. The concert was documented with an elaborately packed box set, The Final Bow, which included two CDs, two DVDs, a 10" vinyl EP, and a 52-page hardback book. Despite the seeming finality of the event, Dick Taylor told a reporter during the tour leading up the show, "We might do some festivals and what have you if anyone twists our arm enough and offers us enough cash, basically." Phil May died on May 15, 2020, at a hospital in King's Lynn, Norfolk, England, from complications following hip surgery. He was 75 years old. At the time of May's death, the Pretty Things had completed work on their first all-acoustic album, and the bluesy and contemplative Bare as Bone, Bright as Blood was released in September 2020. ~ Stephen Thomas Erlewine, Rovi 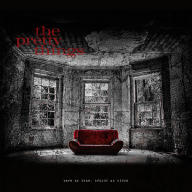 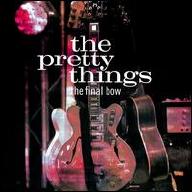 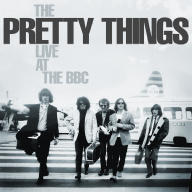 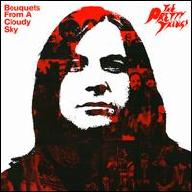 Bouquets from a Cloudy Sky: The Complete Pretty Things Collection
2015 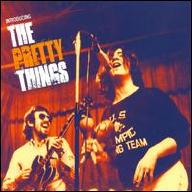 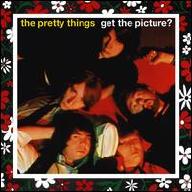 The Pretty Things/Get the Picture?
2011 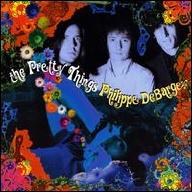 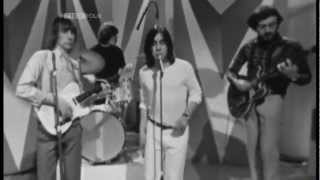 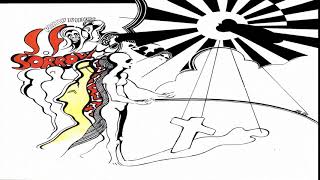 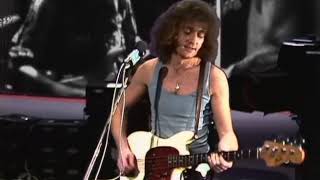 The Pretty Things - Cries From The Midnight Circus (1970) 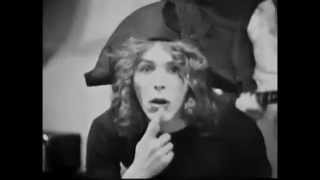 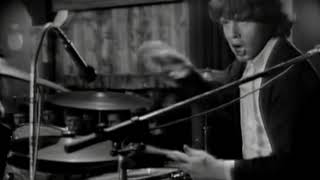 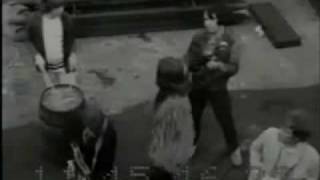 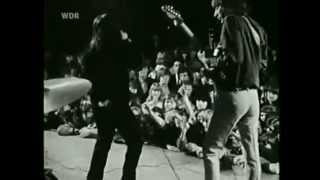