Close
Michelle Shocked
from Dallas, TX
February 24, 1962 (age 59)
Biography
Michelle Shocked was born Michelle Johnston in Dallas, TX, in 1962, where she spent her early childhood traveling around army bases. In 1977, she ran away from her Mormon fundamentalist mother to live with her father, who introduced her to country bluesmen Big Bill Broonzy and Leadbelly, as well as contemporary songwriters Guy Clark and Randy Newman. She spent the next several years exploring the folk underground, spending the early '80s in Austin, where she began honing her own songwriting skills. After dropping out of the University of Texas, she moved to San Francisco, where she quickly embraced the city's punk scene. When she returned home, her mother had her committed to a psychiatric hospital. She was released when her insurance ran out. Shocked left Texas in 1983, traveled throughout the U.S., and became an activist in the squatters movement in New York. In 1984, she moved to Amsterdam.

In 1986, Shocked returned to the U.S. and, while volunteering at the Kerrville Folk Festival, English producer Pete Lawrence was impressed by her campfire-side playing and recorded her on his Sony Walkman. The recordings surfaced in the fall of that year as The Texas Campfire Tapes on Cooking Vinyl Records and became a surprise hit in England, eventually topping the independent charts. The success led to her signing with Mercury Records in 1988. Short Sharp Shocked, produced by Pete Anderson in 1988, displayed even more talent, combining the informal, tradition-rooted folkiness of The Texas Campfire Tapes with a strong postmodern feminist perspective and punk attitude. The album quickly earned her respect among the alternative community and critics. In an unexpected move, Shocked returned in 1989 with Captain Swing, a '40s-style big band swing outing that surprised her fans initially but had no shortage of strong material. In 1992, she took something of a step back with Arkansas Traveler, a rootsy collection of songs based on the blackface minstrelsy that covered all forms of early American, homegrown music. In 1993, Mercury finally became fed up with her confusing style jumping and refused to release her proposed gospel album. She then left on a solo tour, selling her newly recorded, independently produced (with Tony Berg) Kind Hearted Woman. Late in 1995, Shocked began legal action against Mercury Records to break her contract.

By 1996, Shocked was released from Mercury and embarked on the First Annual Underground Test Site Tour, with Fianchna O'Braonain. Another independent release, Artists Make Lousy Slaves, was sold at the shows. Kind Hearted Woman was picked up for commercial re-release by Private Music in 1996, and as a condition of her release from Mercury, her old label released a "best-of" compilation, Mercury Poise: 1988-1995, the same year. After laying low for several years, in 2002 Shocked re-emerged with a new album, the gospel-influenced Deep Natural, and her own record label, Mighty Sound. In addition to releasing new work from Shocked, Mighty Sound began a program of expanded reissues of her back catalog, which she gained control of following her release from Mercury. In mid-2005, Shocked audaciously released a new trilogy of very different albums all on the same day, June 7: Don't Ask, Don't Tell, Mexican Standoff, and Got No Strings. Mighty Sound also made the three albums available as a set called Threesome. To Heaven U Ride, a collection of covers and originals recorded live from Shocked's 2003 performance at the Telluride Bluegrass Festival, appeared in 2007, followed by Soul of My Soul, an all-new set of originals in 2009. ~ Chris Woodstra, Rovi 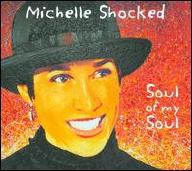 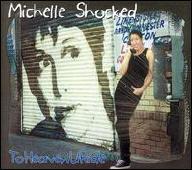 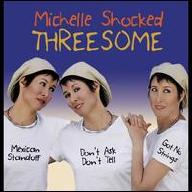 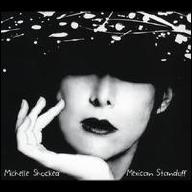 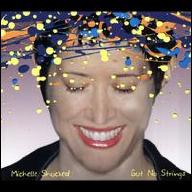 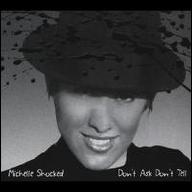 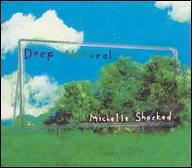 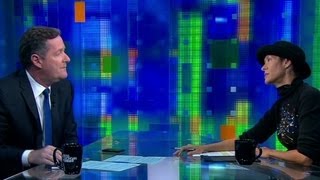 Michelle Shocked: I am not homophobic 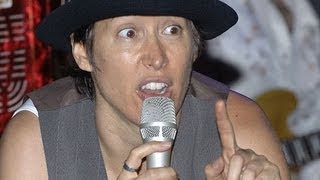 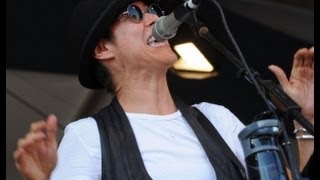 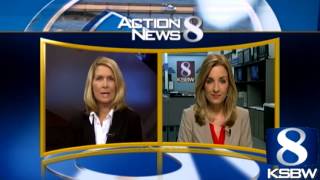 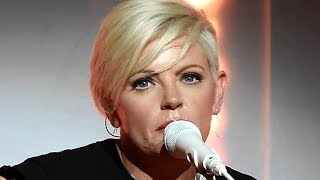 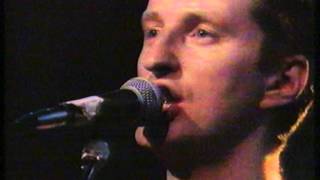 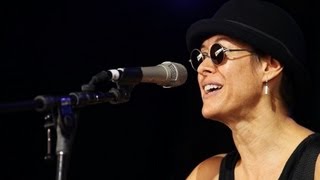