Close
Bruno Walter
from Berlin, Germany
September 15, 1876 - February 17, 1962 (age 85)
Biography
Bruno Walter Schlesinger was born in Berlin on September 15, 1876. He began to play piano at an early age, and entered the Stern Conservatory of Berlin at age eight. He studied with Ehrlich, Bussler, and Radecke. He made a public appearance as a pianist at age nine. At age 13 he heard a concert by Hans von Bülow and decided to become a conductor. This was intensified by attendance at a performance at the Bayreuth Festival in 1891. He became an opera coach at the Cologne Opera in 1893 while still a teen-ager. His debut as a conductor was with a little-known work, Lortzing's Der Waffenschmied, (The Weaponsmith). He became an assistant conductor at the Hamburg Stadttheater in 1894. His superior there was Gustav Mahler, who advised him to drop the name "Schlesinger." (Walter did so informally, but when he took Austrian citizenship in 1911 he legally registered under his shortened name.) Mahler's influence and advice were instrumental in shaping Walter's career and ideals. He also became an ardent disciple of Mahler, and was one of the conductors who kept Mahler's music alive over the decades.

Walter became second conductor at the Stadttheater in Breslau, then principal conductor in Pressburg (now Bratislava). In 1898 he was the principal conductor in Riga, Latvia, holding that position for two years. In 1900 he entered a five-year contract to conduct at the Royal Opera in Berlin. During his time there he presented the world premiere of Der arme Heinrich, an opera by Hans Pfitzner, a composer whose works he championed. He broke that contract in 1901 to join Mahler as his assistant at the Vienna Court Opera. He stayed throughout Mahler's remaining years there, and beyond to 1913. His reputation rose, and he got guest conducting requests, including appearances in Prague, London, Moscow, and Rome. One of his premieres was Smyth's The Wreckers. He began carrying the banner of the fallen Mahler after the composer's death by leading the premiere performance of Das Lied von der Erde in 1911, prepared the completed score of the Ninth Symphony for publication, and conducted its premiere in 1912.

In 1913 he became the Royal Bavarian Generalmusikdirektor in Munich and remained there until the end of 1922. One of his major premieres there was Pfitzner's greatest opera, Palestrina. He became particularly admired for his warm-hearted interpretations of the music of Mozart. After resigning from Munich he travelled to the United States where he debuted with the New York Symphony Orchestra, and then guest-conducted the major orchestras of the United States and Europe. He became the chief conductor of the German repertoire of the Covent Garden opera in London, serving in that capacity from 1924 to 1931. In 1925 he was appointed musical director of the State Opera of Charlottenburg, Berlin, and also began to conduct regularly at the Salzburg Festival. He led a memorable series of concerts devoted to Mozart's music in the Champs-Élysées Theater of Paris in 1928. In 1929 he succeeded Furtwängler as director of the Gewandhaus Concerts in Leipzig, relinquishing his Berlin post. In 1932 he guest conducted the New York Philharmonic Orchestra in a concert in which he also performed as soloist in a Mozart concerto. Toscanini hired him to be an associate conductor of the orchestra during the next three years.

In 1933 the Nazi Party leader, Adolf Hitler, was invited to form a new government in Germany. Walter left Germany immediately for Austria. He based his career there until Hitler forcibly annexed the country to Germany in 1938. During this time he guest conducted widely, including the Amsterdam Concertgebouw, Florence, the Vienna State Opera, and the aforementioned engagement at New York. His farewell concert in Vienna was a classic performance of Das Lied von der Erde, which was recorded and is available on compact disc.

He took French citizenship in 1938, but moved to the United States in 1939. He regularly conducted the New York Philharmonic and Philadelphia Orchestras, was musical adviser of the former from 1947-1949, and often appeared at the Metropolitan Opera. After the end of the war he resumed guest conducting in Europe, frequently appearing in Salzburg, Vienna, and the Edinburgh Festival. Towards the end of his life the Columbia Record Company in the United States frequently recorded him in his favorite repertoire (Mozart, Mahler, Beethoven, and others), often forming an ensemble called the Columbia Symphony Orchestra for him. These were often freelance and studio musicians who were assembled for individual sessions, particularly when the recordings were made in New York. Many of the sessions, however, were held in Los Angeles, where Walter now lived and the same musicians were frequently engaged from one session to the next. Walter gave his farewell performance in Vienna with the Vienna Philharmonic in 1960, continued making a few more Columbia recordings, and died in Beverly Hills, California, on February 17, 1962.

Walter was known for a restrained yet flowing style of conducting, one who got his results from the orchestra with diplomacy rather than dictatorial tactics, and tended to enlist the orchestra as colleagues rather than control them as subordinates. His performances were marked with warmth, sweetness, and often sentimentality. His Mahler interpretations were the opposite pole from those of Otto Klemperer, who was also an assistant of Mahler's and an equally ardent disciple. During the early part of career, Walter also composed, but his music is essentially unknown now. ~ Joseph Stevenson, Rovi 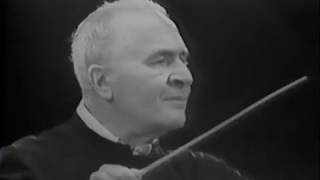 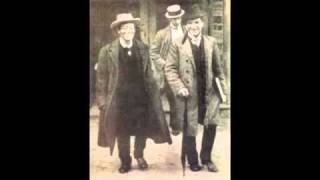 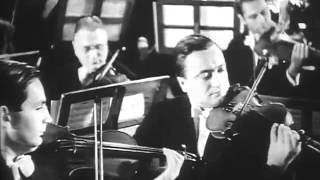 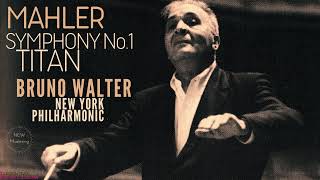 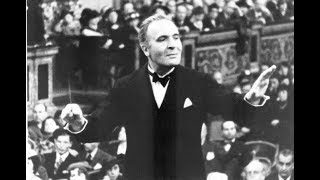 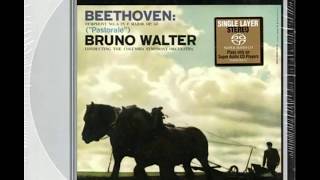 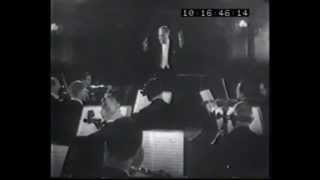