Close
Kenny Aronoff
Biography
Although probably best known as a member of John Mellencamp's backing band, drummer Kenny Aronoff is one of rock's most in-demand session players, having played with some of the genre's biggest names. Raised in Massachusetts, Aronoff was self-taught early on, as he played in his first band at the age of ten (and subsequently played in various local rock outfits throughout his teenage years). But by the age of 16, Aronoff began to seriously study classical music, as he picked up a thing or two from members of the Boston Symphony Orchestra, before studying at the University of Massachusetts and at Indiana University (where he was awarded a 'Performer's Certificate'). Even during summers off from his schooling, Aronoff continued to hone his chops by playing at both the Aspen and Tanglewood Music Festivals. Upon graduating from Indiana University in 1976, Aronoff was offered spots playing timpani with several different orchestras throughout the world, but turned down the offers to relocate back north - studying and playing (mostly fusion-jazz) in both Boston and New York. After a year, Aronoff opted to relocate back to Indiana, where he paid his dues over the next few years playing regularly with bands on the Midwest club circuit.

By 1980, Aronoff had landed the break in his music career that he had long sought - nabbing a spot in John Mellencamp's group. Although Mellencamp had released several albums during the late '70s, it was shortly after Aronoff's arrival into the band that Mellencamp's career took off, as he focused more on a roots-rock direction/sound. Aronoff remained with Mellencamp for over 15 years, supplying the back beat on such hit albums as 1980's Nothin' Matters, 1982's American Fool, 1983's Uh-Huh, 1985's Scarecrow, 1987's Lonesome Jubilee, 1989's Big Daddy, 1991's Whenever We Wanted, 1993's Human Wheels, 1994's Dance Naked, and 1996's Mr. Happy Go Lucky. 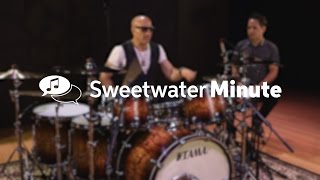 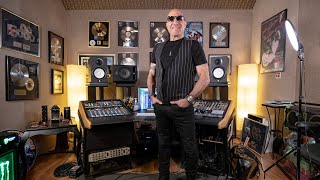 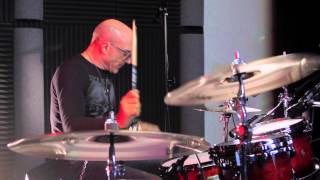 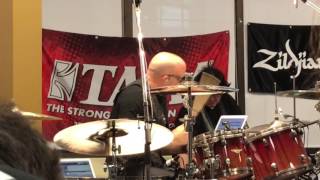 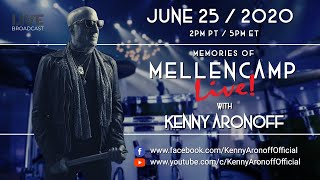 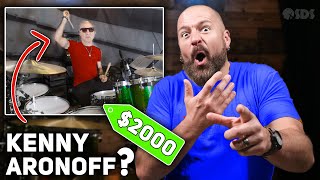 I Paid $2000 For 3 DRUM LEGENDS To Record The Same Song, Then This Happened! 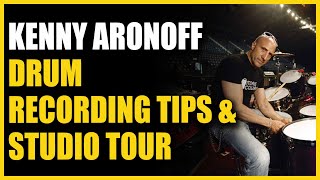