Close
Tim Skold
from Skovde, Sweden
December 14, 1966 (age 53)
Biography
Prolific producer and singer/songwriter Tim Skold specializes in corrosive industrial metal with a techno edge. Although he made his debut in the '80s as frontman of Swedish glam metal outfit Shotgun Messiah (fka Kingpin), he found his dark calling in the mid-'90s as a rebranded solo artist bent on moving the body as much as disturbing the mind. Skold's self-titled debut featured nihilistic anthems that veered close to contemporaries like Gravity Kills and Chemlab, as well as early-era Nine Inch Nails. Through the decades -- bouncing between solo efforts and collaborative stints with like-minded acts such as KMFDM/MDFMK and Marilyn Manson -- he maintained his solo artistic trajectory while producing and performing with Newlydeads, Ohgr, Doctor Midnight the Mercy Cult, and Motionless in White.

Born Thim Sköld in Skövde, Sweden, he grew up in an open family environment and spent his younger years inspired by Kiss and David Bowie, and learning bass guitar. Skold met future bandmate Harry Cody during his teen years; the pair went on to form the glam metal band Kingpin in the late '80s. After releasing their debut, they changed their name to Shotgun Messiah and issued an additional three albums, including 1989's eponymous effort that included their most prominent single, "Shout It Out." Bowing out with their final LP, Violent New Breed, Shotgun Messiah ended and Skold struck out as a solo artist.

Already dabbling in industrial by the end of the Shotgun Messiah years, Skold plunged into this full rebranding on his 1996 debut, Skold (RCA). A harsh blend of Gravity Kills and Broken-era NIN, Skold included the single "Chaos" and was produced by Scott Humphrey (Rob Zombie, Powerman 5000). During promotion of the album, Skold met Sascha Konietzko, frontman of KMFDM. Focus soon switched from a burgeoning solo career to an official role with the industrial dance outfit as, just a year later, Skold had joined the band and contributed to their tenth album, Symbols. Skold remained with the group into the early 2000s, co-writing and co-producing Adios, Attak, and the transitional offshoot, MDFMK.

While with KMFDM, Skold assisted Marilyn Manson with his 2001 cover of "Tainted Love." The following year, that partnership flowered into an official position in Manson's band, with Skold replacing Twiggy Ramirez on bass and joining as producer. Now with a new band, Skold plunged headlong into Manson's world, putting his stamp on 2002's The Golden Age of Grotesque; 2004's cover of "Personal Jesus"; a 2006 reimagining of "This Is Halloween" from The Nightmare Before Christmas; and 2007's Eat Me, Drink Me. In 2008, Ramirez was back in the band and Skold returned to KMFDM. In his absence, Konietzko and co. had issued a trio of albums, but the partnership returned with vigor in 2009 on two albums released just a month apart: Skold vs. KMFDM and Blitz. And just as quickly as Skold rejoined KMFDM, he was back on his own.

Although he had continued writing solo material during his time with Manson -- 2002's scrapped "Disrupting the Orderly Routine of the Institution" recordings became a popular fan bootleg, exchanged online as the Dead God EP and often erroneously attributed to Marilyn Manson due to sonic similarities -- Skold wouldn't release an official sophomore effort until 2011, 15 years after his solo debut. Anomie included the single "Suck." Within a month, Skold unveiled yet another project, Doctor Midnight the Mercy Cult. The supergroup featured members of Turbonegro, Cadaver, Apoptygma Berzerk, and Extol and peddled a sleazy mixture of sludge rock and industrial metal, which was heard on their debut, I Declare: Treason (Season of Mist).

By 2014, Skold had entered the studio to record another solo effort, which didn't arrive until 2016. His third LP, The Undoing (Metropolis) landed at an ideal time, when younger bands such as Youth Code and 3Teeth were doing their best to bolster an industrial revival. 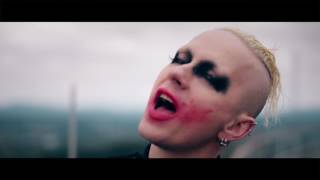 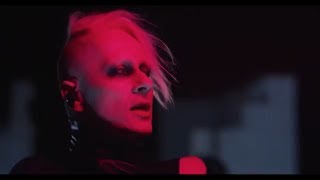 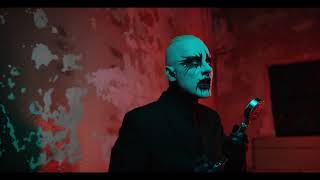 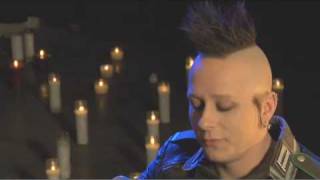 Tim Skold: Behind the Player trailer 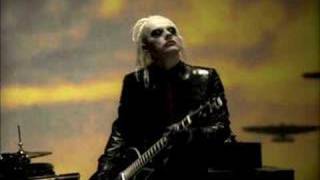 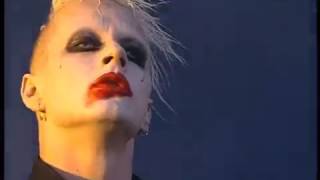