Close
Andrew Dice Clay
from Brooklyn, NY
September 29, 1957 (age 64)
Biography
In the late '80s, Andrew Dice Clay was the most notorious and controversial comic in the business. Foul-mouthed and abrasive, he was one in a long line of comedic performers whose material stretched the boundaries of decency and good taste to their breaking point; unlike pioneers including Lenny Bruce and George Carlin, however, Clay's routines did not evolve out of pointed social satire or trenchant political commentary, but merely a desire to be as lewd and shocking as humanly possible. Clay was racist, homophobic, and misogynistic, and although his rise to fame was meteoric, his fall from grace -- despite retaining a fervent core audience comprised almost entirely of young white males -- was ultimately just as swift.

Andrew Clay Silverstein was born in Brooklyn in 1957. At the outset of his career, using simply the name Andrew Clay, he was an actor who appeared primarily in small roles in low-budget teen sex romps like 1984's #Making the Grade and #Private Resort. As the decade wore on, he continued to struggle as an actor; finally, he turned to standup, creating the Diceman, a comic persona that assimilated the attitude and mentality of an everyday street thug into a bawdy, timeworn sensibility borrowed largely from performers like Pearl Williams and Belle Barth; even the off-color -Mother Goose rhymes that first won him notoriety had been party-record staples for decades.

Still, Clay touched an obvious nerve among fans; angry and arrogant, he tapped into a rabid blue-collar following similarly disenfranchised by the slowly increasing cultural acceptance afforded women, minorities, and homosexuals. Along with Sam Kinison, Bill Hicks, and Denis Leary, Clay was labeled one of a new breed of "shock comics," but while his contemporaries transformed their vitriol into biting social commentary -- and frequently attacked their own neuroses and weaknesses -- Clay's posturing was relentless; instead of insight or hard truths, he offered nothing but self-aggrandizing bile and hatred, and while fans loved it, his opponents grew outraged.

After the release of his 1989 debut, Dice, Clay exploded -- the album sold extremely well for a comedy record, and the merits of his act were hotly debated across the nation. In early 1990, he was invited to host #Saturday Night Live; a media furor ensued when Sinéad O'Connor, the scheduled musical guest, and cast member Nora Dunn walked off the show in protest of Clay's sexist persona, raising his visibility even higher. However, the first crack in the comedian's armor appeared a few months later when he appeared on MTV to promote his first starring film role in #The Adventures of Ford Fairlane; despite promises to keep his impulses in check, Clay performed an expletive-filled routine that resulted in a lifetime ban from the network's airwaves. And while 1990's two-disc set The Day the Laughter Died reached the Top 40, #Ford Fairlane was a box-office bomb, quickly halting Clay's brief career as a Hollywood leading man.

Still, he won the right to film a sold-out Madison Square Garden performance; released in 1991 as Dice Rules, the concert movie fared poorly, as many theaters refused to run it. The blow was fatal; by 1992's 40 Too Long, the Diceman was yesterday's news, as evidenced by the tiny crowd in evidence on 1993's The Day the Laughter Died, Pt. 2. In 1995, he resurfaced -- sans the "Dice" moniker -- in the CBS sitcom #Bless This House; during press junkets for the program, he claimed the Diceman persona was all an act, and that the cuddly family man portrayed on the show was the "real" Andrew Clay. The show stiffed, however, and soon he was back to old outrageous tricks, although few now truly cared. Still nasty as he wanted to be, Clay resurfaced five years later with Face Down, Ass Up. ~ Jason Ankeny, Rovi 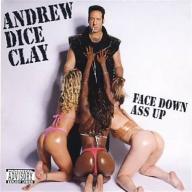 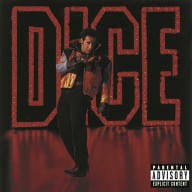 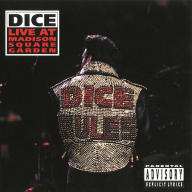 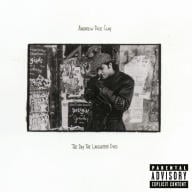 The Day The Laughter Died
1990 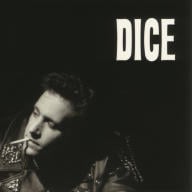 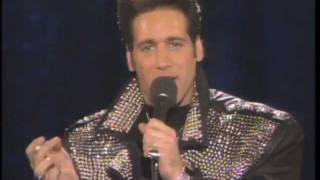 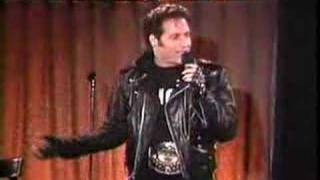 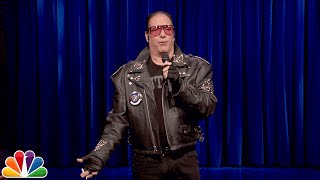 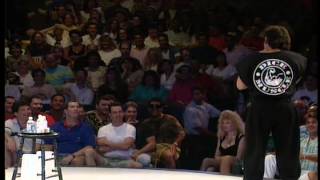 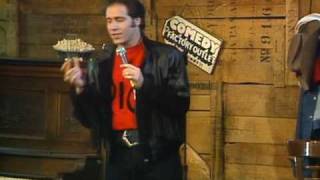 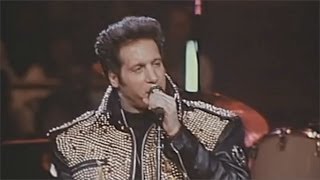 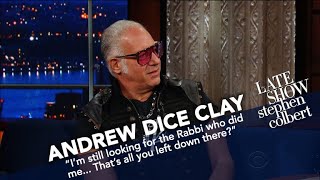 What An Andrew Dice Clay Presidency Would Look Like
Available here: