Close
Rick Huxley
from Dartford, Kent, England
August 5, 1942 - February 11, 2012 (age 69)
Biography
For a time in the mid-'60s, in the middle of the British Invasion, Rick Huxley was one of the two or three best-known bass players in all of rock & roll, his name recognition lagging only a little behind that of Paul McCartney, and probably much wider than that of the Rolling Stones' Bill Wyman, the Hollies' Eric Haydock, the Who's John Entwistle, or the Kinks' Peter Quaife. As part of the Dave Clark Five, and its longest-serving member after Clark, Huxley was also a veteran musician with six years under his belt before the group broke internationally.

Huxley was originally a guitarist, and it was in that capacity, at age 16, that he answered an advertisement for a spot in a band being formed by drummer Dave Clark in the spring of 1958. The early version of the group also included lead guitarist Mick Ryan and saxman Jim Spencer. By the end of 1959, they'd become favorites on the Mecca Ballroom circuit, especially at the Tottenham Royal, where they acquired a fiercely loyal fan base and started to get noticed by the music press, mostly for their instrumental covers of American R&B standards, interspersed with occasional vocal numbers. By the start of the 1960s, the group's lineup had shifted, with Mike Smith on keyboards and lead vocals; Lenny Davidson on lead guitar and vocals; Denis Payton on saxophone, harmonica, guitar, and vocals; and Huxley shifting over to bass, vocals, and some acoustic guitar when needed. The group was still struggling to break through to a wider public.

The group's early efforts for the Ember and Pye labels came to little, but a move to a stronger label in 1963, in the form of EMI's Columbia Records imprint, helped considerably, and in late 1963 they finally had what they needed in the form of a Dave Clark/Mike Smith original called "Glad All Over," which reached the number one spot on the charts directly behind "I Want to Hold Your Hand." Those early sides, even going back to their efforts for the Pye label, revealed a unique formula to their recordings that could not have been pursued without Clark's contractual control over their recordings as producer -- unlike most of the pop/rock bands of the period, who would turn down their volume in the studio and try to tone down their stage act, usually at the strong suggestion of a producer out to make the tamest record possible, the Dave Clark Five cut their songs at full volume, and had a larger-than-life sound on their records. The results showed in the playback, at home, and on the radio, where the DC5's records were instantly identifiable and elicited raves from young teenagers eager for their next good dose of Brit-beat excitement -- they were still second to the Beatles, but their sound was almost as beloved by listeners and program directors alike.

This was all to the good where Huxley's bass was concerned -- as much as McCartney on the Beatles' work (whose own sound was a full-out press in the studio), Bill Wyman on the Stones' sides, and John Entwistle on the Who's music, Huxley's instrument can be heard thumping away and romping all over the group's early hit sides and album cuts as well, and was especially exposed on the instrumentals that constituted a significant part of the band's output. On some of the records, such as "Catch Us If You Can," in the section where the full band comes in after the first verse, his instrument is a surging, powerful core to the band's sound, holding the rhythm section together while carrying a counter-melody, almost in the manner of John Entwistle, and is heard vividly even in those full-out musical surroundings.

The fact that the records were done in this way made them an especially honest account of the Dave Clark Five's sound, without any of the softening or embellishments that accompanied most other pop/rock acts of the period on their recordings. They're also the only direct evidence of the group's true sound, as the DC5 were almost never heard with live sound in their television or film appearances -- every video clip of the band, even when the instruments are plugged in and microphones are in place, appear to be mimed to the records. The group's success was also something of a family affair for the bassist, as Huxley's wife handled the fan club for a time as well, until its membership became too big for anyone but a professional to operate.

Huxley and the other members remained with the band until 1970. By that time, the band was far from its mid-'60s prominence on the charts, though it had still scored hits internationally as late as 1969, with its nine-song "Good Old Rock 'n' Roll" medley. The band's heyday was 1964-1966, a period in which it racked up 14 consecutive Top Ten hits in the United States and released more than a half-dozen LPs (as opposed to only two albums in England). With the turn of the decade, it seemed the time to call it quits, and that's what they agreed to do. According to his own account in 1998, Huxley went to work for Vox, the musical instrument maker, for two years, and then became partners in Music Equipment Ltd. for the next 14 years. As the turn of the millennium approached, he was working in electrical wholesaling. He still reportedly appreciated the group's music, and seemed as much as anyone to be delighted with the enduring popularity, as well as the belated critical respect, accorded the Dave Clark Five. Rick Huxley was reportedly a heavy smoker, however, and struggled with emphysema for years; he died in February 2013 at the age of 72. ~ Bruce Eder, Rovi 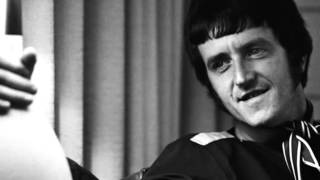 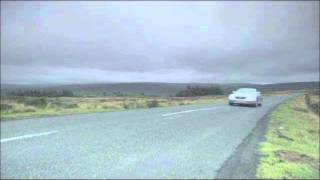 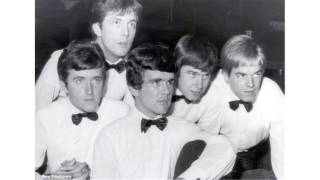 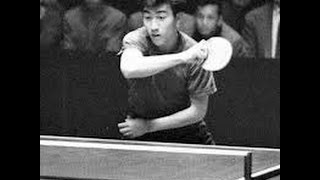 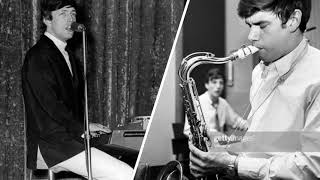 Deconstructing The Dave Clark Five - Glad All Over (Isolated Tracks) 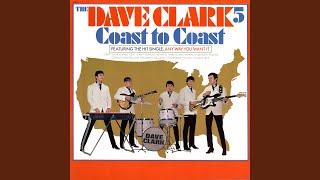 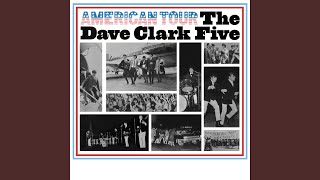 Whenever You're Around (2019 - Remaster)
Available here: