Close
Carl Craig
from Detroit, MI
May 22, 1969 (age 52)
Biography
Dancefloor experimentalist and top Detroit techno producer Carl Craig has few equals in terms of the artistry, influence, and diversity of his recordings. Incorporating influences such as soul, jazz, new wave, industrial, and Krautrock, his work has encompassed sublime ambient techno, breakbeat tracks which anticipated drum'n'bass (1992's "Bug in the Bassbin," as Innerzone Orchestra), extended house epics, modular synth experiments, and much more. He's responsible for seminal techno singles like 1994's "Throw" and 1995's "The Climax" (both as Paperclip People) and classic albums like 1995's Landcruising and 1997's More Songs About Food and Revolutionary Art, in addition to hundreds of remixes for artists ranging from techno and house luminaries Maurizio and Theo Parrish to alternative stars Tori Amos and Depeche Mode. During the 21st century, he branched out into classical music with 2008's ReComposed (a collaboration with Moritz von Oswald) and 2017's Versus. Aside from his own music, nearly all of which maintains an astonishingly high quality level, Craig runs Planet E Communictions, a label which has helped foster the careers of several other Detroit-based talents, in addition to hosting artists from around the world.

When he was growing up and attending Detroit's Cooley High, Craig was turned on to a diverse musical diet ranging from Prince to Led Zeppelin to the Smiths. He often practiced on his guitar, but later became interested in club music as well through his cousin, who worked lighting for various parties around the Detroit area. The first wave of Detroit techno had already set sail by the mid-'80s, and Craig began listening to tracks courtesy of May's radio show on WJLB. He began experimenting with recording techniques using dual-deck cassette players, and later convinced his parents to buy him a synthesizer and sequencer. Craig also studied electronic music, including the work of Morton Subotnick, Wendy Carlos, and Pauline Oliveros. While taking an electronics course, he met a mutual friend of May and passed on a tape including some of his home productions. May loved what he heard and brought him into the studio to re-record one track, "Neurotic Behavior." Completely beatless in its original mix (since Craig didn't own a drum machine), the track was just as sublime and visionary as Juan Atkins' blueprint for cosmic techno-funk yet called on emotions previously found only on May's material.

The British fascination with Detroit techno was just beginning to take hold by 1989, and Craig was invited to witness the phenomenon firsthand by touring with May's Rhythim Is Rhythim project (which supported Kevin Saunderson's Inner City on several English dates). The trip became an extended working holiday as Craig helped out on production for a re-recording of May's classic "Strings of Life" and the new Rhythim Is Rhythim single, "The Beginning." He also found time to record several tracks of his own at R&S Studios in Belgium. On his return to the U.S., Craig released several R&S tracks on the Crackdown EP, recorded as Psyche for May's Transmat Records. Craig then founded Retroactive Records with Damon Booker, and despite working days at a copy shop, continued recording in his parents' basement.

Craig released six singles for Retroactive during 1990-1991 (as BFC, Paperclip People, and Carl Craig), but the label was dissolved in 1991 due to disputes with Booker. That same year, Craig formed Planet E Communications for the release of his new EP, 4 Jazz Funk Classics (recorded as 69). Deliberately lo-fi and gritty with the implementation of funky beatbox samples, tracks like "If Mojo Was AM" presented a new leap forward after the compulsive sheen of Retroactive singles like "Galaxy" and "From Beyond." Besides the distortion of 4 Jazz Funk Classics, his other Planet E work during 1991 contained off-the-cuff nods to such disparate moods as hip-hop and hardcore techno. The following year's "Bug in the Bassbin" unveiled another Carl Craig alias, Innerzone Orchestra, and added elements of jazz to his beatbox frenzy. In the process, Craig became an uncommon influence on the early progression of the British drum'n'bass movement -- DJs and producers often pitched up "Bug in the Bassbin" from 33 to 45 rpm for a do-it-yourself jungle breakbeat.

The release of Paperclip People's "Throw" added disco and funk to Craig's growing list of active inspirations; his natural progression into remixes during 1994 provided the dance world with versions of Maurizio, Inner City, and La Funk Mob tracks plus a stunning reworking of the Tori Amos song "God" that lasted almost ten minutes. Thanks in large part to the Amos remix, Craig soon signed his first contract with major-label exposure, to the Blanco y Negro division of Europe's wing of Warner. His first full-length, 1995's Landcruising, opened up the Carl Craig sound and gave it an epic feel closer in spirit to his earlier recordings, while the thematic tug of a journey around metro Detroit mirrored Atkins' Model 500 tracks like "Night Drive." Landcruising opened up the market for Craig's material, and several months later, RS Records released 69's Sound of Music, a compilation of two EPs released the previous year for the Belgian label.

In 1996, the high-profile British house label Ministry of Sound released a new Paperclip People single called "The Floor," composed of hard, clipped techno beats but an elastic bassline and prevalent disco sample that earned it much airplay in house venues. Though he was already one of the most noted names in the world of techno, Craig's reputation began growing in the more general category of mainstream/global dance, and he soon became less tied to the mantle of Detroit techno than many of his contemporaries. Craig helmed one in the series of DJ Kicks albums released by Studio !K7 and spent several months based in London. He returned to Detroit later in 1996 to focus on Planet E, which released a Paperclip People album titled The Secret Tapes of Dr. Eich (mostly collecting previous singles) and a Psyche/BFC retrospective titled Elements 1989-1990. The new year brought the second proper Carl Craig LP, More Songs About Food and Revolutionary Art. He spent much of 1998 touring the world as Innerzone Orchestra with a jazzy trio. The project also released an LP, Programmed, expanding Craig's full-length output to seven -- though only three had appeared under his own name. Two collections appeared during 1999-2000, including the Planet E mix album House Party 013 and the remix compilation Designer Music.

During the early 2000s, he was sporadically active, releasing a series of mix albums and compilations, including Onsumothasheeat, Abstract Funk Theory, The Workout, and Fabric 25. There were productions, including the helming of the Detroit Experiment -- another collaborative cross-genre endeavor -- and the phenomenal Just Another Day EP. He overhauled Landcruising in 2005 and titled the release The Album Formerly Known As.... In early 2008, Craig compiled and mixed a two-disc set of his remixes, titled Sessions and released on !K7. Also appearing in 2008 was ReComposed, a Deutsche Grammophon remix project executed with old friend Moritz von Oswald.

Activity on Planet E picked up, and Craig was as busy as ever on the DJ'ing and production fronts as well. Modular Pursuits, an experimental LP Craig recorded under the name No Boundaries, was released in 2010. Craig and Green Velvet collaborated on the full-length Unity, released digitally by Relief Records in 2015. In 2017, the French label InFiné released Versus, a collaboration with pianist Francesco Tristano and Parisian orchestra Les Siècles (conducted by François-Xavier Roth). In the works for nearly a decade, the album included orchestral reworkings of pieces by Craig and Tristano. Detroit Love, Vol. 2, a mix CD released in conjunction with the event series Craig launched in 2014, was released in 2019. ~ John Bush, Rovi 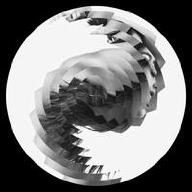 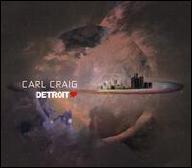 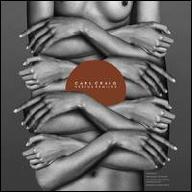 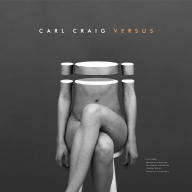 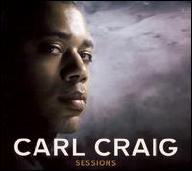 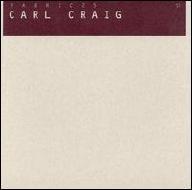 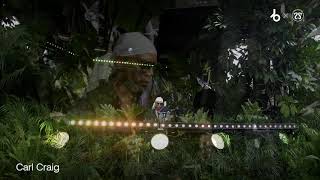 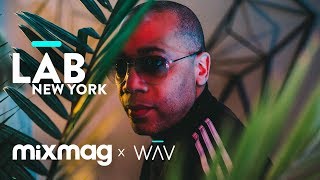 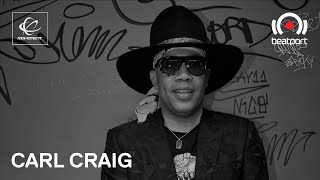 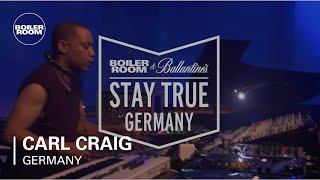 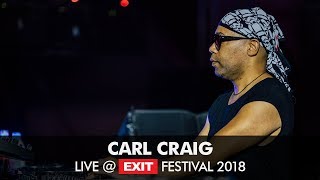 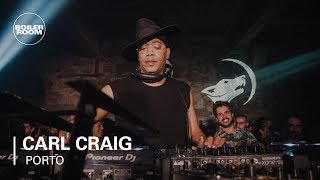 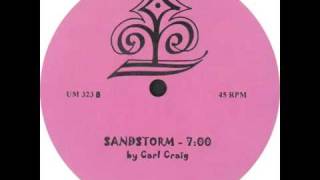