Close
Quiet Riot
from Los Angeles, CA
formed January 1, 1975 (age 46)
Biography
For a very brief moment, Quiet Riot were a rock & roll phenomenon. Famously described as the first heavy metal band to top the pop chart (a claim that greatly depends on one's exact definition of heavy metal), the Los Angeles quartet became an overnight sensation thanks to their monster 1983 smash album Metal Health. But Quiet Riot's road to success had in fact been long and arduous, and when their star power subsequently began to fade, their fall from grace was ironically accelerated by the man who was most responsible for taking them to the top: singer Kevin DuBrow. Unable to suppress his infamous motor mouth from assaulting many of Quiet Riot's peers, DuBrow gradually alienated his fans and fellow musicians, and in the face of plummeting record sales, faced the iniquity of being fired from his own band. The dust eventually settled and DuBrow was able to resurrect Quiet Riot in the '90s, but despite their best efforts, the once chart-topping group would remain forever exiled to the fringes of pop conscience, and what might once have been a full chapter in rock history has instead become little more than a footnote.

Quiet Riot disbanded and DuBrow formed a new group under his own name, working with several musicians over the next few years before signing with independent Pasha Records, reverting to the Quiet Riot moniker, and entering the studio with new guitarist Carlos Cavazo and bassist Chuck Wright to start work on a new album. The year was 1982, and, following Randy Rhoads' well-documented demise, former henchman Sarzo quit Ozzy, pushed Wright out of the way, and brought friend and drummer Frankie Banali into the fold to complete the lineup and sessions for what would become 1983's Metal Health. Driven by the irresistible double whammy of the title track's muscular bass line (reputedly played by Wright before his dismissal) and a raucous rendition of the old Slade chestnut "Cum on Feel the Noize," the album stormed up the U.S. charts, duly reaching the number one spot and going platinum five times over in the process. Their unexpected success shocked everyone, not least the bandmembers, who found it pretty hard to cope with sudden stardom and the pitfalls that came with it.

Pressured to capitalize on their hot streak, Quiet Riot were rushed back into the studio to whip together 1984's Condition Critical, but unsurprisingly, the album was little more than a weak carbon copy of Metal Health -- even sinking so low as to include another chart-ready Slade cover in "Mama Weer All Crazee Now." Fans were unimpressed, and panic set in as the band watched the record quickly sliding off the charts to make way for fresher, up-and-coming L.A. glam metal contenders like Mötley Crüe and Ratt. An incensed DuBrow went on a rampage, incessantly slagging fellow metal bands, members of the press, and his own record company, in the process quite literally burning most every bridge he'd worked so hard to build. The abusive behavior also began wearing on his bandmates, and by the time they regrouped to launch a comeback with 1986's QR III, Sarzo was long gone (later joining Whitesnake) and had been replaced by former bassist Chuck Wright, most recently working with Giuffria.

A failed experiment in ultra-glossy '80s metal, QR III was a third-rate Hysteria possessing none of its predecessor's blue-collar grit and became an even bigger flop, sending Quiet Riot into an irreversible tailspin. Mounting tension resulted in an all-out band mutiny at tour's end, with DuBrow finding himself abandoned at a hotel in Hawaii, while the remaining musicians and crew left on an earlier flight back to L.A. Furious, he watched in disbelief from the sidelines as Rough Cutt vocalist Paul Shortino stepped into his shoes and recorded 1988's simply named Quiet Riot with Cavazo, Banali, and new bassist Sean McNabb. The album's absolutely abysmal sales offered little consolation, and DuBrow finally gave up on diplomacy and filed an injunction against his former colleagues (apparently he still owned rights to the name), successfully bringing Quiet Riot to a stuttering halt. Frankie Banali said "good riddance" and jumped ship to join L.A. shock-metal kings W.A.S.P., while the remaining bandmembers went to ground.

In 1991, DuBrow and Cavazo began working together once again in a band called Heat. In time, they began using the Quiet Riot name once again, eventually recording 1993's Terrified with bassist Kenny Hillery and a returning Banali. Down to the Bone followed two years later, and in 1997, a one-off performance at a party hosted by industrial shock rocker Marilyn Manson lured bassist Rudy Sarzo back to the fold. With their classic lineup intact once again, a re-energized Quiet Riot hit the road playing clubs across America. Public response was less than enthusiastic, however, and the band usually couldn't get arrested -- except for DuBrow, who spent a night in jail after a tour stop in Charlotte, North Carolina, where an irate fan had sued him for injuries sustained at a previous show. This and other roadside misadventures were captured on 1999's optimistically named Alive and Well live album, and 2001 saw the release of Guilty Pleasures, the first recording by the band's classic lineup in 17 years. Unfortunately, said album wasn't able to capture lightning in a bottle for a second time, and Quiet Riot quietly broke up shortly thereafter.

Unwilling to put the band to rest, DuBrow and Banali recruited guitarist Neil Citron and bassist Tony Franklin for the recording of Rehab in 2006. Sadly, at age 52, DuBrow's singing career was cut short from a cocaine overdose. His body was found in his Las Vegas apartment on November 25, 2007.

In 2010, Banali revived Quiet Riot alongside lead vocalist Mark Huff, bassist Chuck Wright, and guitarist Alex Grossi. Love/Hate vocalist Jizzy Pearl joined the lineup in 2013, and the following year the group released Quiet Riot 10, a new studio album that included four live tracks that had been recorded during Dubrow's final stretch of performances with the band. Pearl left the group in late 2016 to focus on his solo work, with Seann Nicols (formerly of Adler's Appetite) taking on lead vocals for the band, only to be replaced by the time they released their next album. Road Rage, Quiet Riot's 13th long-player and first outing for new vocalist and former American Idol contestant James Durbin and Frontiers Records, followed in 2017.

The band announced their 14th full-length, Hollywood Cowboys, in the summer of 2019, issuing its leadoff single, "Don't Call It Love," in August with an album release following in November. Just weeks after the single's appearance, however, Quiet Riot parted ways with Durbin and reinstated Jizzy Pearl as their lead singer. Former drummer Frankie Banali died on August 20, 2020, from pancreatic cancer; he was 68 years old. ~ Eduardo Rivadavia, Rovi 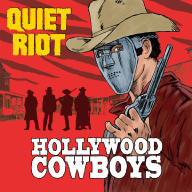 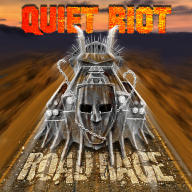 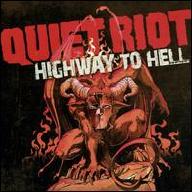 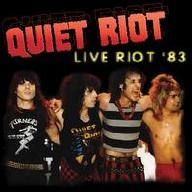 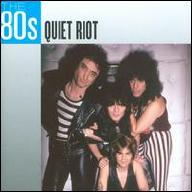 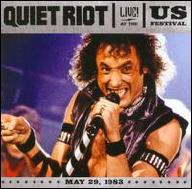 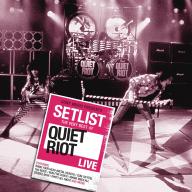 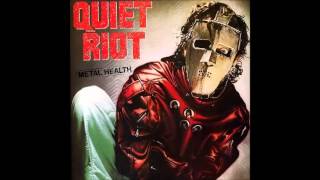 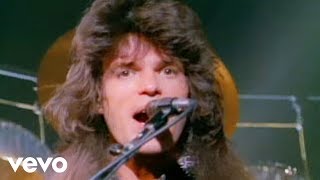 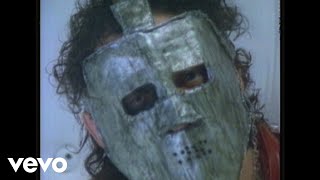 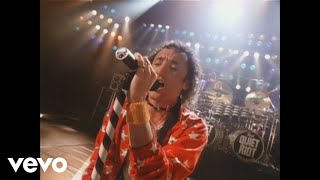 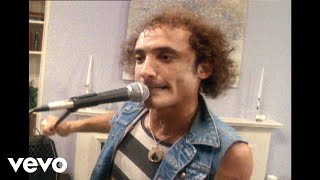 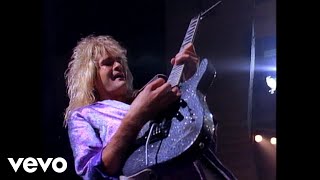 Quiet Riot - The Wild And The Young (Video) 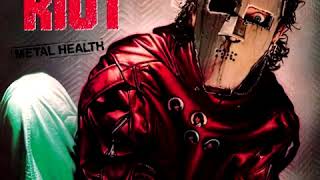