Close
Steve Albini
from Pasadena, CA
July 22, 1962 (age 58)
Biography
A key figure in the American underground music community since the 1980s, Steve Albini is well-known as both a figure behind the scenes, engineering albums by acts both famous and hopelessly obscure, and for his work with his bands Big Black and Shellac. Notoriously outspoken and unafraid of making polarizing statements, Albini is well-known for his views on integrity and its absence in the music business, as well as the flaws in the digital recording process and the superiority of analog technology. Albini's engineering skills have been celebrated for their sense of space, naturalistic tone, and the power of his guitar and drum sounds; his own guitar work is as imaginatively abrasive as his lyrics, which can be challenging and sometimes confrontational. As a musician, Albini's greatest milestones were Big Black's brutal 1986 album Atomizer and 2007's Excellent Italian Greyhound from his more experimental trio Shellac. He made a rare recording as a solo artist with his first film score, Music from the film Girl on the Third Floor, created in collaboration with Alison Chesley and Tim Midyett.

Steve Albini was born in Pasadena, California on July 22, 1961, and spent most of his teenage years in Missoula, Montana. Albini first learned to play bass guitar while he was at home recuperating from a broken leg, and soon switched over to guitar. He first heard the Ramones while riding in a school bus during a field trip; they immediately became his favorite band and he soon immersed himself in punk rock, playing in a band in Missoula called Just Ducky. After completing high school, he enrolled at Northwestern University in Evanston, Illinois, where he majored in journalism and minored in art. Living close to Chicago, he dove into the city's punk scene, and played in several local bands including Stations and Small Irregular Pieces of Aluminum. Albini would also regularly contribute his writing to a number of fanzines like Forced Exposure and Matter. A piece he wrote in 1993 for the Chicago journal The Baffler, "The Problem with Music," would develop a life of its own as a widely distributed screed against major-label business practices. Wanting to launch a band of his own, Albini borrowed a four-track recording unit from a friend and taught himself to use it as he cut an EP. On it he played guitar and bass and sang, with a drum machine handling percussion and a friend adding saxophone. He called the EP Lungs, and he released it in 1982 under the moniker Big Black. Big Black would later evolve into a full band with a singularly harsh, confrontational sound with the addition of Santiago Durango on guitar and Jeff Pezzati on bass (both members of Chicago punk icons Naked Raygun), while Roland the Drum Machine still kept the beat. This lineup recorded two EPs, Bulldozer (1983) and Racer-X (1984), before Pezzati left the band to focus on Naked Raygun. Dave Riley took over on bass, and they recorded a pair of celebrated albums, Atomizer (1985) and Songs About Fucking (1987) before breaking up.

Albini recorded half of Songs About Fucking in an eight-track studio he assembled in his basement, and began recording other bands such as Urge Overkill, End Result, and Dark Arts. He returned to performing in 1987 with Rapeman, a trio that featured Albini on guitar and vocals alongside drummer Rey Washam and bassist David Wm. Sims, both formerly of the Texas noise rock band Scratch Acid. Rapeman proved short-lived, releasing two singles, an EP (1988's Budd), and an album (1988's Two Nuns and a Pack Mule) before they split in 1989. Albini would later express regret over the group's name (taken from an infamous Japanese comic book); in a 2014 interview, he said, "I can’t defend that name, especially to someone who has a personal history that makes them particularly sensitive to it." By the time Rapeman broke up, Albini's sideline as an engineer was on the upturn after the independent success of the Pixies' debut album Surfer Rosa popularized the dry, clear sound, with well-detailed drums and guitars, that became his recording trademark. Albini would go on to record albums (preferring not to be credited as producer) for Nirvana, PJ Harvey, the Jesus Lizard, Superchunk, and Slint before he would open his fully professional two-studio complex Electrical Audio in Chicago in 1997. Noted for its technical excellence and affordability, Electrical Audio would host sessions ranging from the Stooges and Neurosis to Jarvis Cocker and James McCartney, usually with Albini at the controls.

In 1992, Albini founded a new band, Shellac, with drummer Todd Trainer (formerly of Breaking Circus and Rifle Sport) and bassist Camilo Gonzalez (who had worked with Naked Raygun) joining Albini on guitar and vocals. While Gonzalez would appear on one song on Shellac's debut EP The Rude Gesture: A Pictorial History, he soon dropped out of the band and Bob Weston (ex-Volcano Suns, and sometimes billed as Robt. Weston IV) became their permanent bassist. Playing music that was dynamic, exploratory, and sometimes dissonant but always intelligent, the members of Shellac opted not to make the band their primary career, which meant their touring and recording schedule was sporadic. Despite this, the trio would become Albini's longest-lived and most prolific musical project, releasing six studio albums between 1994 (At Action Park) and 2014 (Dude Incredible), including the privately released 1997 effort The Futurist, as well as a limited-edition Japanese live album and a collection of sessions recorded for BBC radio host John Peel (2019's The End of Radio). Albini stepped out of the Shellac format when filmmaker Travis Stevens commissioned him to compose a score for a horror film. Collaborating with cellist Alison Chesley (aka Helen Money) and bassist/baritone guitarist Tim Midyett, their work was documented on the 2020 album Music from the Film Girl on the Third Floor. ~ Mark Deming, Rovi 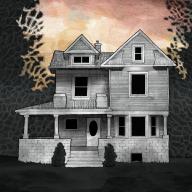 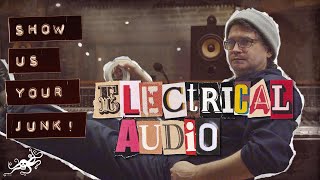 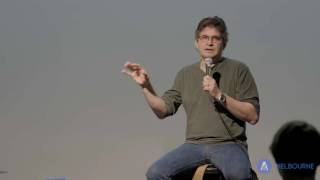 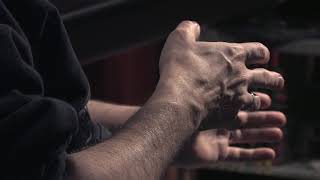 Do It Together: Steve Albini 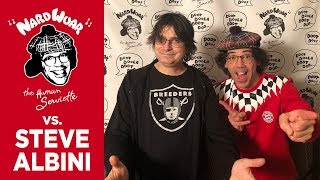 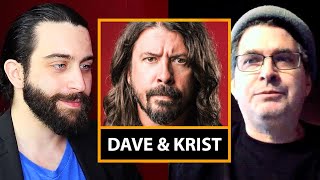 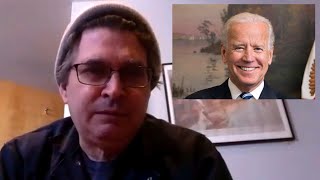 Steve Albini on Joe Biden: "He wants to accomplish nothing..." 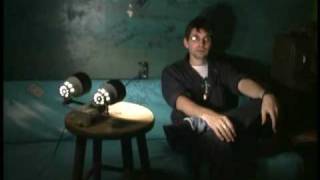