Close
Gerard Way
from Newark, NJ
April 9, 1977 (age 44)
Biography
As the compelling frontman of the group My Chemical Romance, Gerard Way was responsible for helping bring emo and punk music into the mainstream at the turn of the millennium, and successfully sparking a million conversations about what is and is not considered punk in the process. Way formed My Chemical Romance in the wake of the September 11, 2001 terrorist attacks in the U.S., and the band's bold mix of pop-punk, goth, and emo flavors won them a large and loyal audience; their major-label debut, 2004's Three Cheers for Sweet Revenge, went platinum. MCR added a distinct metal slant to their guitar attack on 2006's grand concept album The Black Parade, which became one of the band's biggest successes. A lighter and poppier mood dominated 2010's Danger Days: The True Lives of the Fabulous Killjoys, but it unexpectedly proved to be My Chemical Romance's last major salvo when the band broke up in 2013. After MCR folded, Way divided his time between writing the comic series The Umbrella Academy and his musical career, embracing his glam rock influences on his first solo album, 2014's Hesitant Alien. To close out the decade, The Umbrella Academy was adapted for television, featuring fresh singles recorded by Way.

Gerard Way was born on April 9, 1977, in Newark, New Jersey and raised in nearby Belleville. His grandmother Elena was a huge source of inspiration and encouragement to him growing up, teaching the young Way how to sing, draw, and perform. His first public performance was as Peter Pan in an elementary school play, but just as that show was over, he made a conscious decision to immerse himself in art and comics (preferring things "slightly evil") rather than joining the drama club. Since his neighborhood wasn't always a safe place, Way spent a lot of time indoors with his younger brother Mikey, creating imaginary worlds which they could escape to. Despite his passion for drawing, Way never lost his love of music and taught himself how to play guitar as a teenager. He was a withdrawn kid -- in contrast to his outgoing, life-of-the-party brother -- and spent a lot of time by himself, sketching and listening to bands like Iron Maiden, the Smiths, the Cure, the Misfits, and Queen.

Following high school graduation, Way enrolled at the School of Visual Arts in New York to study cartooning and illustration. He spent some time interning at DC Comics, and after earning his Bachelor of Fine Arts degree, eventually landed a gig doing work in toy design and animation; he even pitched an animated series to Cartoon Network at one point. Way had always wanted to be in a band (especially after attending a particularly inspirational Smashing Pumpkins gig in 1997 with his brother), and though he played in a few random groups, it wasn't until the September 11 attacks in 2001 that he really got motivated to do something important with his life. He witnessed the collapse of the World Trade Center's towers from his office window, questioned how he was making a difference with his days, and soon wrote the song "Skylines and Turnstiles" about the 9/11 events at home in his parents' basement.

Pressed with a sense of urgency, he approached high school friend and drummer Matt Pelissier about starting a band, and after convincing guitarist Ray Toro (whom Way felt was the best guitarist he knew), the seeds for My Chemical Romance were sown. Bringing aboard his brother Mikey on bass -- who brought with him the band's name -- and eventually rounding out their sound with second guitarist Frank Iero, My Chemical Romance recorded their first album within three months of forming. It was released in 2002 on local indie Eyeball Records and produced by the band's good friend Geoff Rickly, a member of the local band Thursday, for whom Way had previously designed T-shirts.

As My Chemical Romance's popularity steadily grew, they signed with major-label Reprise Records. Their second album, Three Cheers for Sweet Revenge (whose cover art Way drew), was a major commercial success, and was certified platinum. Despite the group's breakthrough, Way continued to struggle -- as he had for many years -- with depression, alcoholism, and drug abuse. This was compounded by the death of his grandmother, for whom he wrote the song "Helena" as a means of coping. After suffering through some severe lows, Way finally managed to get himself sober in mid-2004. By the time of the fall 2006 release of MCR's wildly popular concept album The Black Parade, Way appeared in the media noticeably lighter and with bleached-blonde hair in contrast to his previously jet-black locks, which was a conscious reflection of The Black Parade's sickly main character and its album themes of life and death.

Through his band's success, Way never lost his passion for art and comics, and he continued to sketch while on the road. He created a comic book series called The Umbrella Academy that was released in late 2007 via Dark Horse Comics (a decade later, the cult favorite comic was adapted into a television show). A few months after brother Mikey got married in March 2007, Way announced his own engagement to Lyn-Z, who played bass with Mindless Self Indulgence; the pair married that fall. My Chemical Romance released one final album, 2010's Danger Days: The True Lives of the Fabulous Killjoys, along with a series of EPs called Conventional Weapons, prior to splitting in 2013; a compilation album, May Death Never Stop You: The Greatest Hits 2001-2013, followed in the wake of their disbandment.

Way began his solo career in 2014 with Hesitant Alien, a glam-influenced record released on Warner that September; it debuted at 16 on the Billboard 200. In 2016, Way was writing Doom Patrol, a comic book published by DC Comics, as well as co-authoring Cave Carson Has a Cybernetic Eye with Jon Rivera. To help promote the latter, Way and his former bandmate Ray Toro wrote a song titled "Into the Cave We Wander," which they recorded and issued as a cassette single given away at the 2016 New York Comic Con. Days later, copies of the cassette were selling in online auctions for as much as $125. The song was reissued on a limited-edition 12" vinyl picture disc created for Record Store Day 2017. (Way had also dropped an exclusive Record Store Day release in 2016, the single "Pinkish" b/w "Don't Try," a pair of songs he'd been performing on the Hesitant Alien tour.) October 2018 saw the release of a new song from Way, a digital single titled "Baby You're a Haunted House" that was an exercise in noisy pop with plenty of distorted guitars and brother Mikey on bass. Another collaboration with Toro, "Getting Down the Germs," and a duet with the Regrettes' Lydia Night, "Dasher," closed out the year.

In 2019, The Umbrella Academy was adapted for television, bringing the apocalyptic sci-fi comic to life on a series that also featured Way's recordings. The first of these was a cover of Simon Garfunkel's "Hazy Shade of Winter," which once again featured contributions by Toro. A cover of the Turtles' "Happy Together" arrived soon after. For the second season of the hit show, Way contributed "Here Comes the End" featuring Judith Hill. That same year, My Chemical Romance reunited to the delight of their legions of fans, plotting an international tour that was, unfortunately, sidelined by the outbreak of COVID-19. ~ Corey Apar & Mark Deming, Rovi 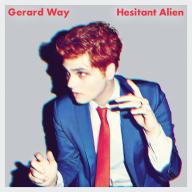 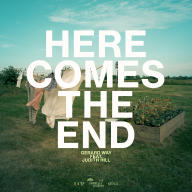 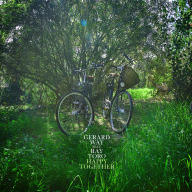 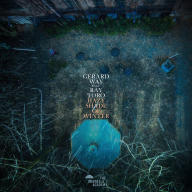 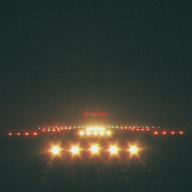 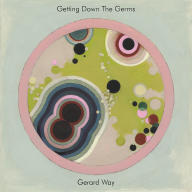 Getting Down the Germs
2018 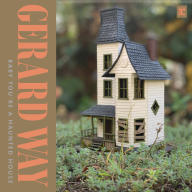 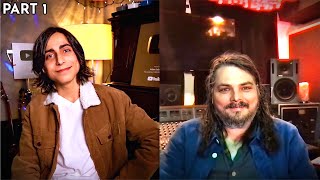 A Conversation With... Gerard Way (Part 1) 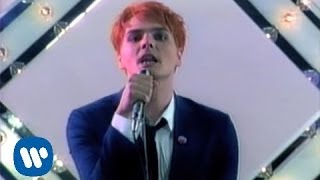 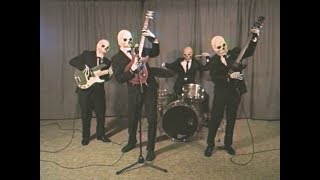 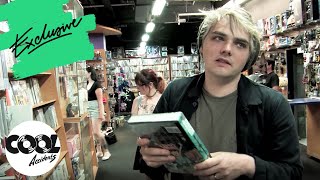 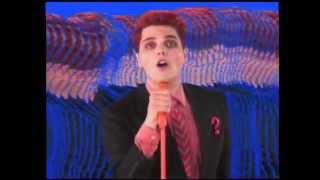 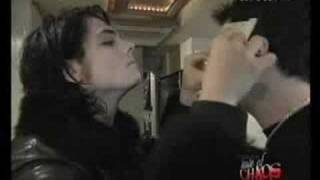 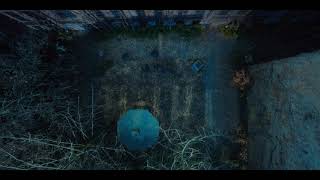